The Bedrocks of B.C. 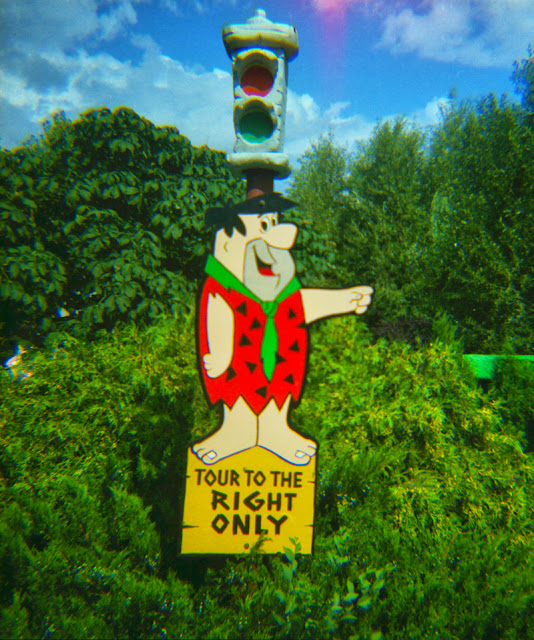 Sometime in the early 1980s, the Woods family travelled to Kelowna, British Columbia to visit Aunt Jean and Uncle John. While there we visited Kelowna's Bedrock City, one of two Flintstones-themed parks in British Columbia that thrived for a few years and then vanished. 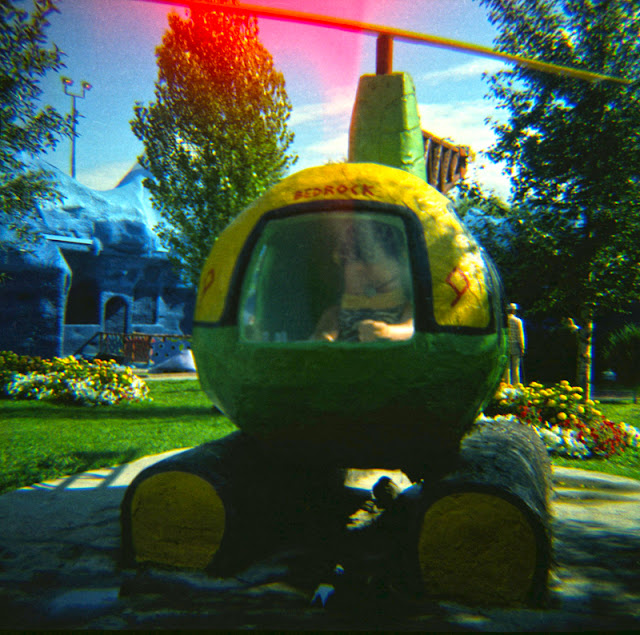 A stone helicopter would require tremendous lift! These photos were taken with a pretty primitive camera, one that seems to have allowed some light to leak into the film compartment, because every photo taken with it features a reddish smear near the top of the frame. 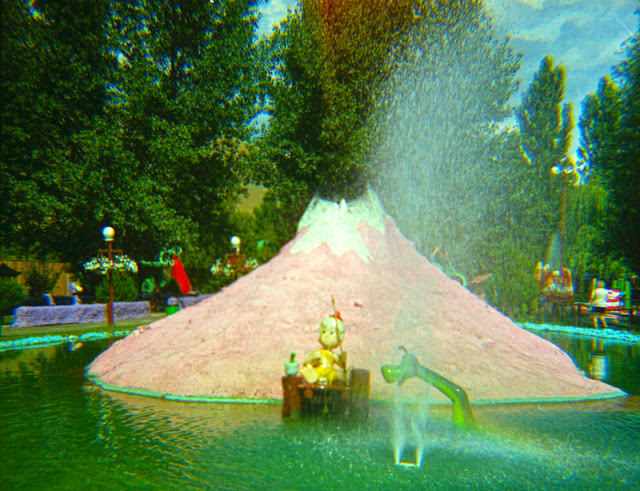 That's Bamm-Bamm and, I guess, Dino, enjoying a bit of fishing near a volcano. 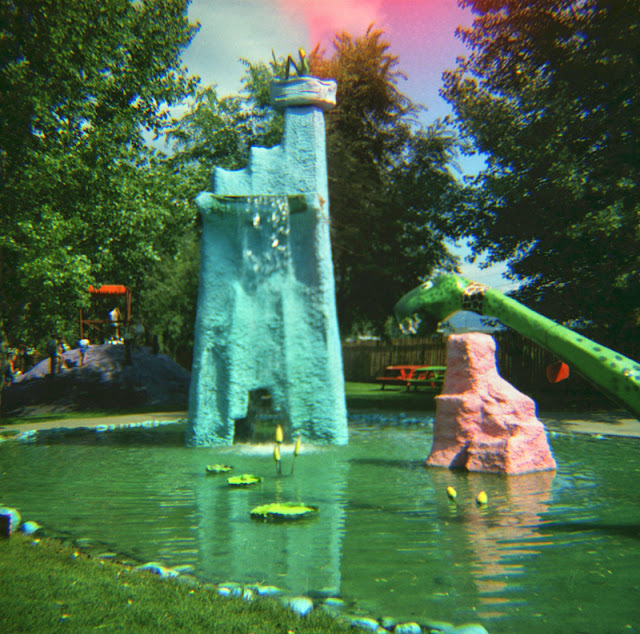 Another view of the pool. 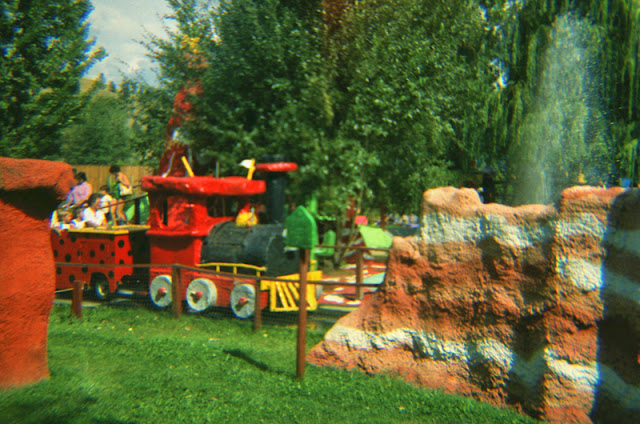 Guests could ride the train through town. 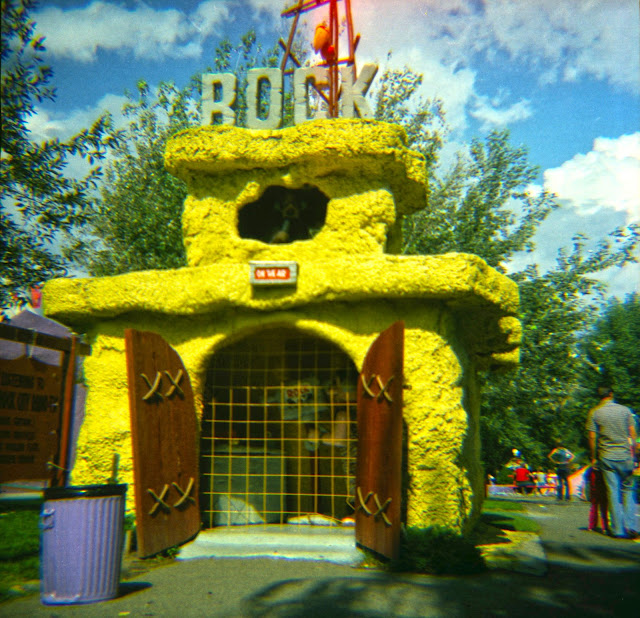