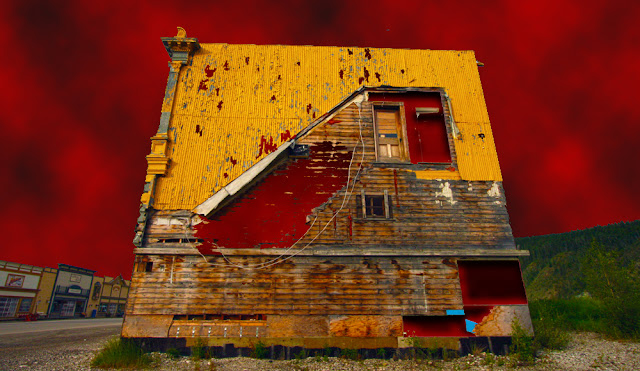 He awoke like a cliché: with a shriek of terror, sitting "bolt upright" just as they do in dime novels, eyes bulging, skin pale and glistening with the sweat of his fevered dreams.

"The gateway to Hell!" he screamed, still half-trapped in the nightmare. "I saw it in Dawson City. I was bringing in my furs and the whole town was being pulled in! And no one back home even knew I was there! No one would remember me!"

The darkness didn't respond. He began to breathe again.

He concocted a plan. He would create art. It didn't have to be good, it just had to exist, and it had to catch someone's eye. And if he was lucky, maybe something noteworthy would happen to him. Maybe he'd be the first victim of a new plague. Maybe he'd find himself in the wrong place at the wrong time and accidentally become a hero. Or maybe he'd go mad at the end and become famous for the form of his insanity.

That would be the trigger, he thought. And then someone, some reporter or historian, would look into his past. And they would find the slapped-together art, and infuse it with meaning.

"Billy Preston's Nightmare (2013, image manipulation) was his first attempt to reconcile his obsession with popular culture with the slow dissolution of civil society as he saw it. In Nightmare the artist alters a photo of crumbling infrastructure by combining it with murky scarlet clouds reminiscent of the early computer game Doom (1993), a game he was known to enjoy during his "blue" period post-university studies..."

They would never know that Billy Preston's Nightmare was just another lame attempt to complete a blog post when he couldn't think of a blessed worthwhile thing to write about.
Posted by Earl J. Woods at 9:49 pm