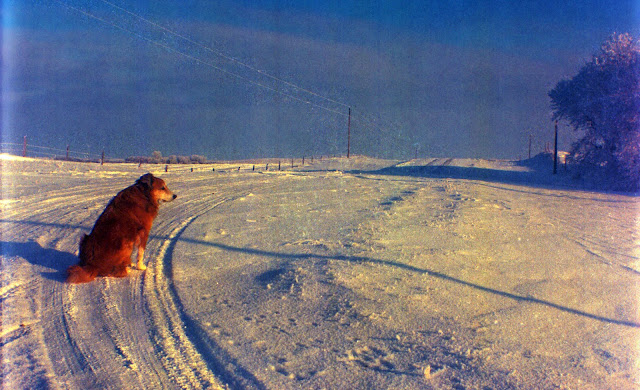 Everyone that knows me knows I'm not a dog person. I'm deathly allergic to them, and the barking and sharp teeth make me a little (well, a lot) nervous. I completely recognize that my fear of dogs is irrational, but despite my best efforts I've failed to warm up to man's best friend. It's a failing that's caused me a great deal of guilt and discomfort over the years. In a way, it's sort of like not enjoying sports; it puts you well outside the mainstream. Many of my friends love dogs and other pets, including my wife, and I'm more grateful than I can say for the patience they've shown regarding my unfortunate phobia.

Perhaps unsurprisingly, I encountered a number of dogs on the campaign trail when I ran for provincial office back in 2008. Most of the time there were no problems, but at one doorstep the homeowner allowed his massive dog - a creature taller than I was - to leap up onto my chest, wrap its claws around my neck and drag its tongue all over my throat and face. I'm surprised to this day that I didn't suffer a panic attack, but my politician's mask remained in place; I used one hand to pet the slobbering canine while offering my campaign literature in the other. My heart didn't really start to race until I moved on to the next house, but I'm sure I didn't earn the dog owner's vote. While I remained calm, I'm sure he could tell that my affection for his pet was a little forced. I'm afraid I did the already soiled reputation of the political class no favours that day, coming across as just another insincere glad-hander willing to do anything for a vote. To be fair, though, as much as I wanted his vote, I was just as concerned with not hurting his feelings; I've learned that a lot of people take it very personally when you don't like their pets.

Despite my hangup, I can certainly appreciate why most people like dogs; they're affectionate, they can be trained to perform simple tasks and many of them are quite handsome, including Laddie, the Etsell family dog pictured above. Laddie died before I was born, or at least before I was old enough to remember him, but Mom certainly speaks of him with great affection. Despite my discomfort around dogs, I find this image quite peaceful. Laddie seems at ease, enjoying the sunrise (or perhaps the sunset), secure in the knowledge that his family loves him. And that's the whole point, isn't it? I've never wanted a pet, but I'm very glad that dogs and cats and so many other creatures bring joy to countless people around the world every day. The world would be a colder place without them; just imagine how bleak the wintry scene above would seem without Laddie's calming presence.
Posted by Earl J. Woods at 8:13 pm