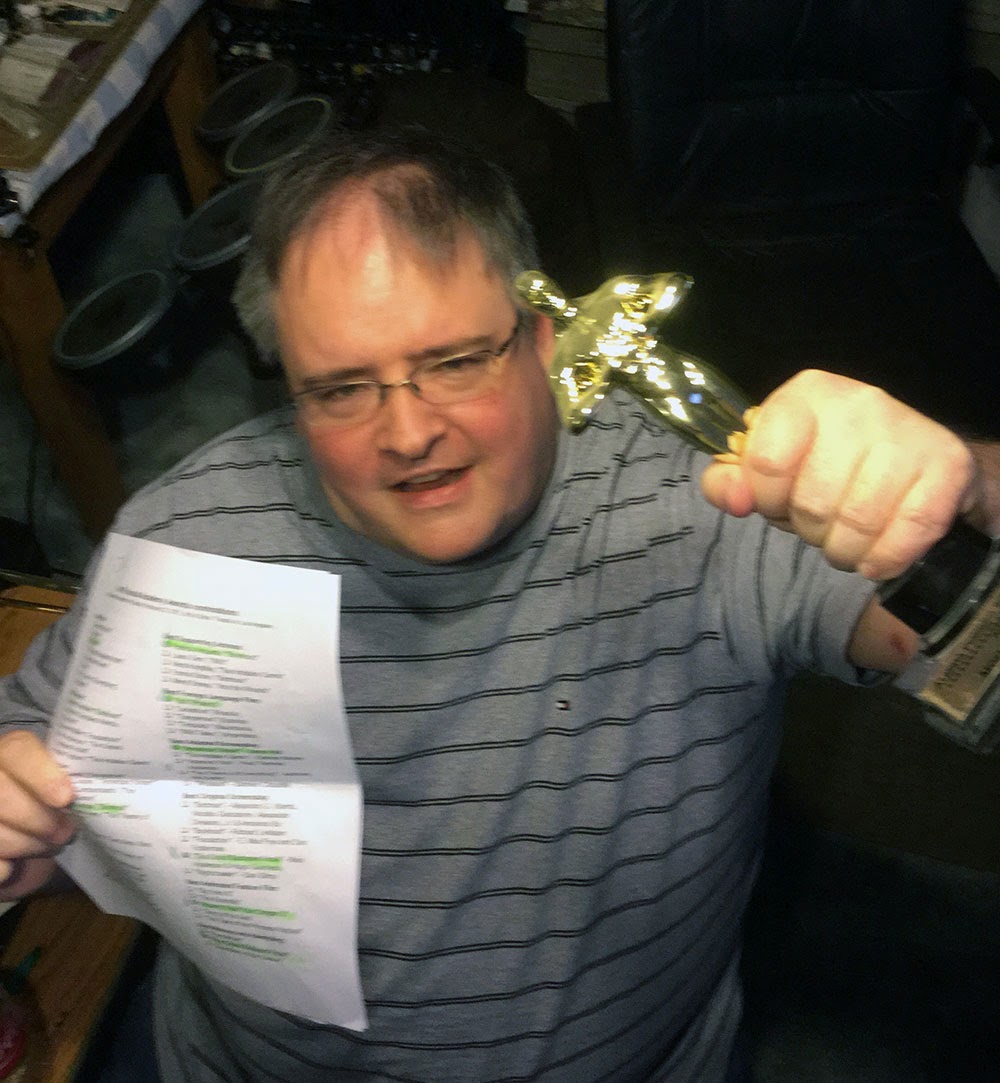 Steve and Audrey hosted another wonderful Oscar party last night, with an extravaganza of pot luck treats and companionable film trivia and speculation. Steve tallies a ballot of Oscar guesses each year for fun and prizes, and for the first time in several years I came out on top with 12 correct guesses - tied with Steve, it should be noted. However, due to a change in rules (correct guesses earn you tickets, which are placed in a tam o' shanter for a random draw) perennial winner James still walked away with the grand prize - and I picked his winning ticket out of the hat! However, I did get to pose with this cool Oscar-like trophy, a great consolation prize. Sylvia did quite well too, finishing second with ten correct guesses.

I thought this year's Oscar ceremony was better than average, compared to the last several shows; there were a few very powerful and heartfelt speeches on important issues ranging from equal pay for women to the erosion of voting rights for minorities to government erosion of privacy and personal freedom. And I thought the opening musical number was a joy, too. My favourite joke of the night came when host Neil Patrick Harris noted that nominees were being given gift bags full of swag worth $160,000 - "good luck when the revolution comes." No kidding.