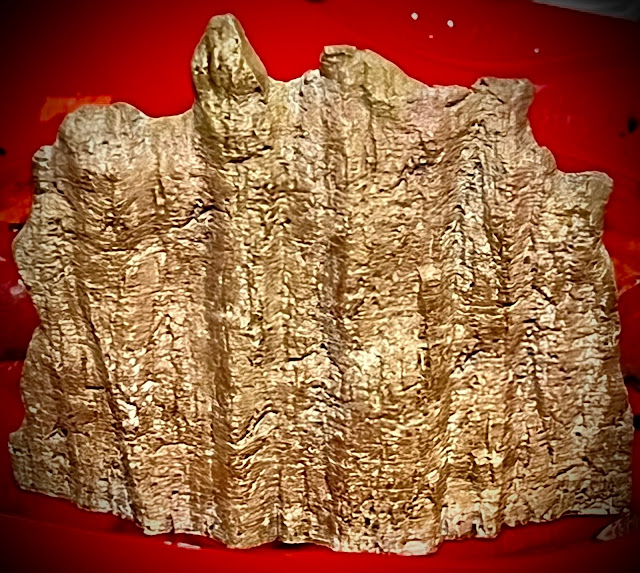 Scatter terrain helps improve immersion in tabletop roleplaying games, but some pieces are less flamboyant than others. Here's a simple cliff space, dry brushed in shades of brown and then washed in earthshade.

Victim of the Car Wars 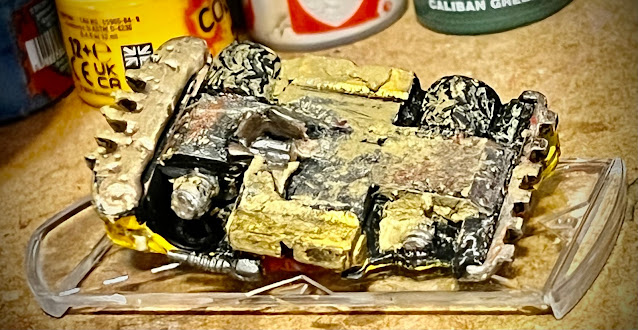 Here's the first playing piece I've painted for the sixth edition of Car Wars--a wrecked car flipped over on its backside. 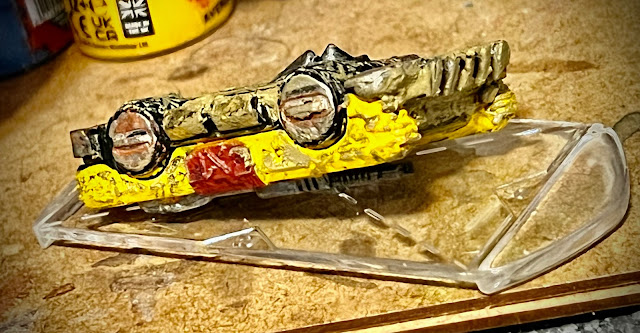 I painted the main body in thin coats of yellow with red and metallic accents, then used weathering pencils to add sand and smoke stains. 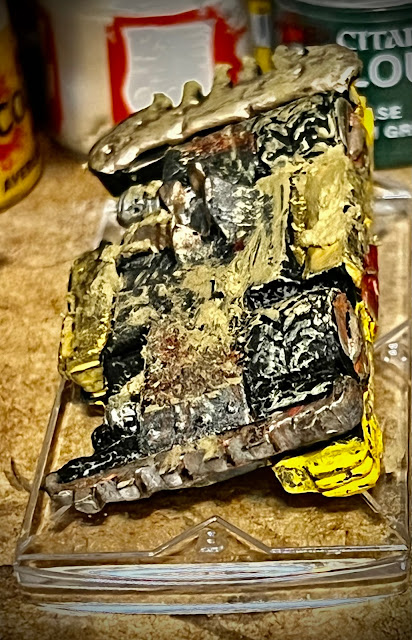 I also smeared on some Armageddon Dust to serve as dried mud. 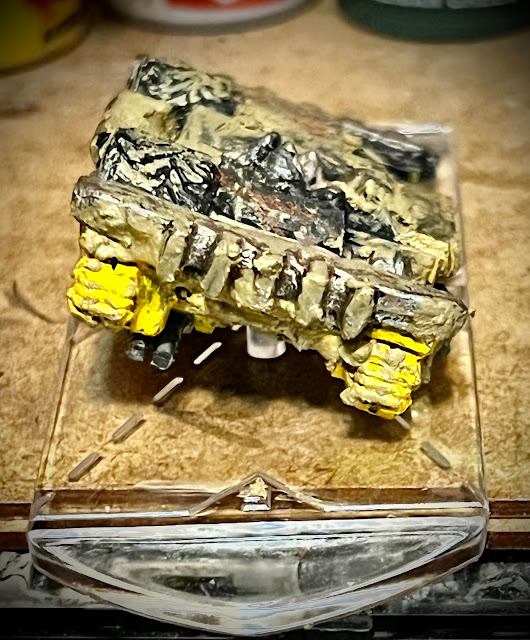 This model will serve the purpose, but truth be told, I'm not terribly happy with it. It looks messy and ill-formed to my eye, but I'm not sure what I would have done differently.
Posted by Earl J. Woods at 12:36 pm 2 comments: 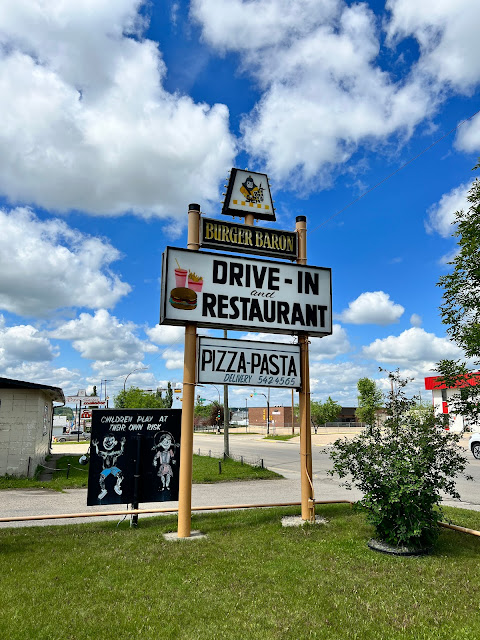 Drayton Valley's Burger Baron occupies the middle tier of the pseudo-chain's rankings, offering bland fries, a merely decent pizza burger, and a superb chocolate milkshake. This location also offers pizza and pasta, which I haven't seen at many other Burger Barons. Or is that Burgers Baron? 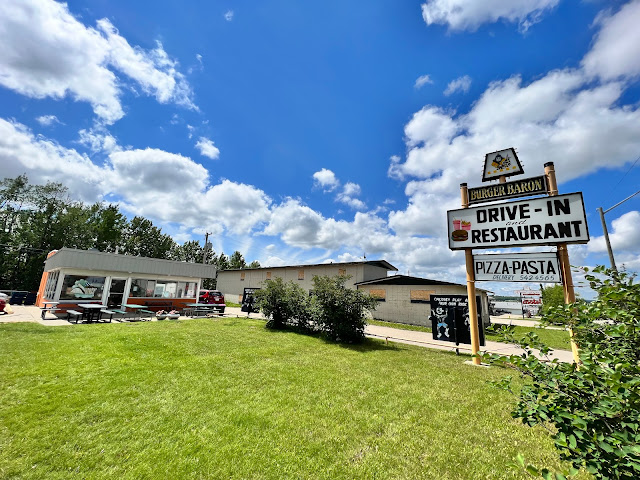 The best Burger Baron locations should look as if they're about to fall apart, and Drayton Valley's Baron qualifies. The grounds are expansive and well-maintained, but the building itself is rather ramshackle and covered in cracked, peeling stickers, most of a decidedly rural-industrial outlook. The menu boards are bright orange with faded black type--faded almost to the point of illegibility for some items and prices. A swingset, not pictured here because it was behind me when I took this photo, offers fun for the kids. Children play at their own risk! 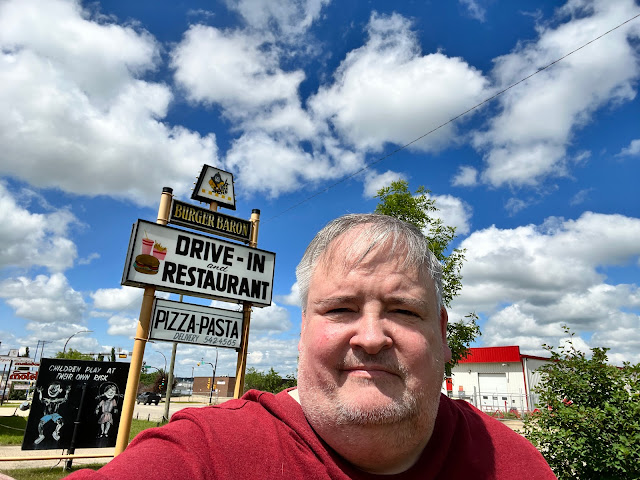 The proprietor was friendly and genial, and would probably enjoy this poorly-composed shot of me with a tree growing out of my head.

Should you stop at Burger Baron when you visit Drayton Valley? Yes, because even middling Burger Baron is better than no Burger Baron. But other locations might offer a more satisfying repast. 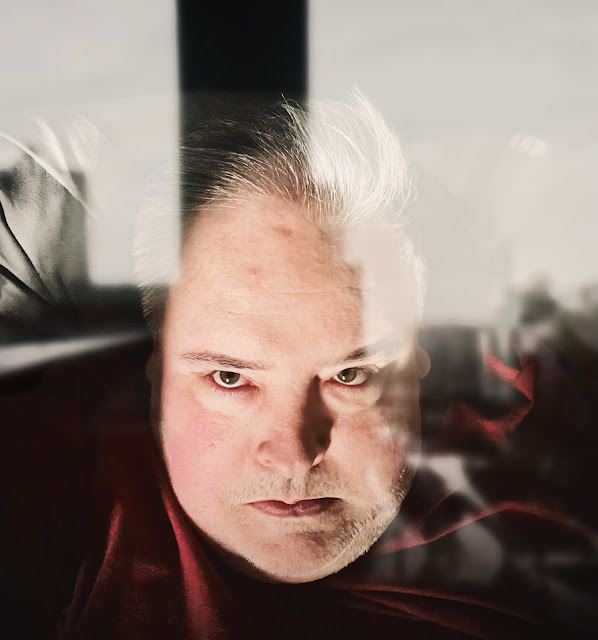 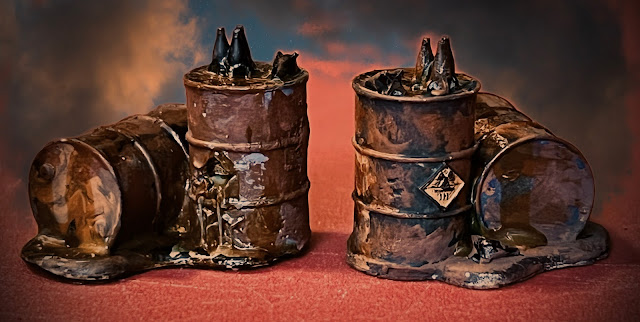 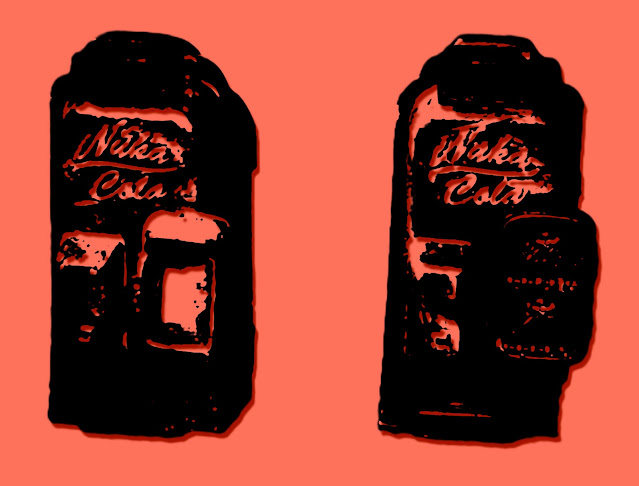 A couple of weeks ago I was sitting with Sylvia in the theatre room while she was watching Bargain Block, a reality show about two guys who renovate homes. The show's hook is pretty interesting: the guys buy really cheap, awful houses in Detroit, renovate them, and then sell them at affordable prices. Typically they buy a property for $1,000 to $50,000, pour in a few tens of thousands of dollars in renovations, and sell them for $85,000 to $115,000 or so. And it all happens in one neighbourhood--a sort of two-man urban redevelopment scheme.

It all sounds too good to be true, but I've gotten kind of hooked on the show and the two guys doing the renovations and their friend the realtor seem utterly sincere. Moreover, the renovation guys are incredibly talented, turning houses that were falling apart into genuinely beautiful spaces.

Like all "reality" television, Bargain Block has its irritating tropes--the obviously rehearsed moments that are meant to look spontaneous, the fishy editing, the screen time wasted on establishing shots that don't relate to the story or even help set the mood, the music, etc. But the sincerity of the leads and their obvious talent shines through all that. They obviously love their work, and if the numbers they display are to be believed, they really are creating affordable housing and restoring a neighbourhood that desperately needs it. To my embarrassment, I was moved to tears by the end of one episode because of the simple everyday humanity on display. People are actually nice to each other on this show, and I think I'm starved for that.

If you find yourself in a shotgun shack, couldn't you just shoot your way out?

And even as the spin increases
We help each other up 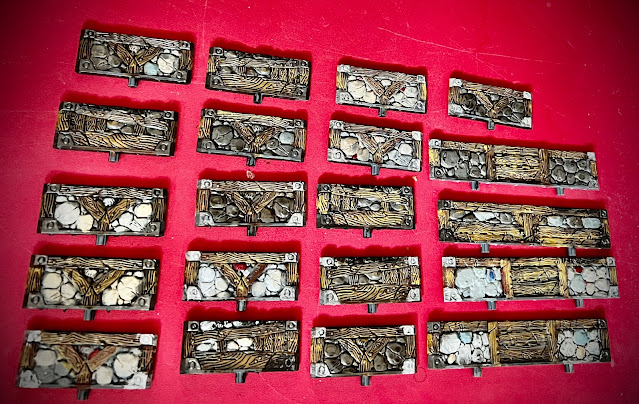 Here are some more pieces from one of the Dungeons & Lasers sets I Kickstarted. These are the reinforced walls of a mine. I used several techniques for these, starting with a coat of black primer, followed by light coats of dark brown for the wood and grey for the stone. Then, I drybrushed the wood with lighter brown and lighter grey to create highlights for the wood and stone. After that, I applied a variety of different colours to a few random rocks to suggest various ores. Finally, I applied a brown shade to the wood and a black shade to the rocks. 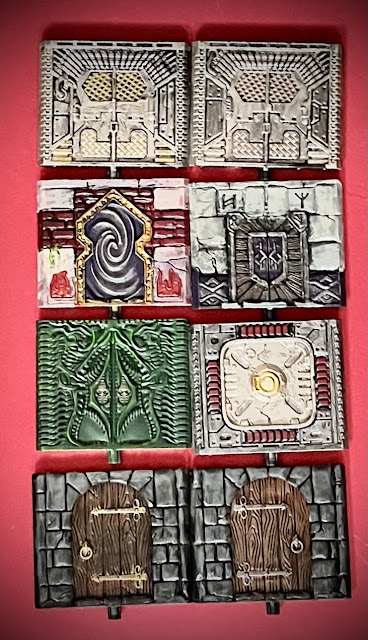 Recently I painted eight doors from one of the Dungeons & Lasers terrain sets I Kickstarted. I think my favourite is the bio-organic Alien-esque door--the one in tones of green. The portal door and the vault door might be my second and third favourites. Really, though, I'm reasonably happy with all of these.

Harold Lloyd vs. the Three Stooges 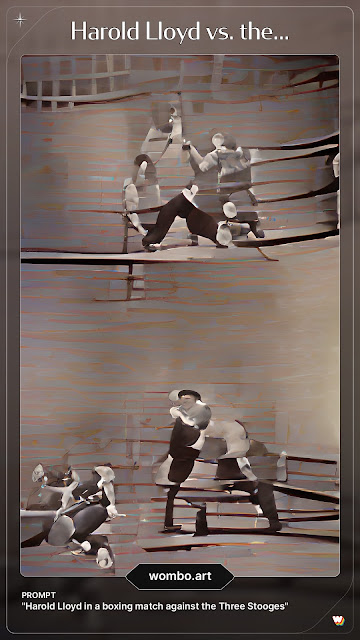