Tonight Dr. Raj Sherman was officially named as the Alberta Liberal candidate for Edmonton-Meadowlark. Sherman, of course, was elected as Alberta Liberal Leader just a couple of weeks ago, and tonight he was acclaimed as the party's candidate in the west Edmonton constituency he won as a PC back in 2008. (Somehow I wound up on the constituency executive as Secretary again, as well.)

Dr. Sherman - or Raj, as he insists everyone call him - thanked an enthusiastic and diverse crowd of Albertans and spoke briefly about his vision for Alberta: a focus on the economy, defence of public health care, dignity for seniors, a fiscally responsible government that's responsive to the needs of Albertans.

Several other Alberta Liberal candidates showed up to support Raj, including Rick Miller, candidate for Edmonton-Rutherford. 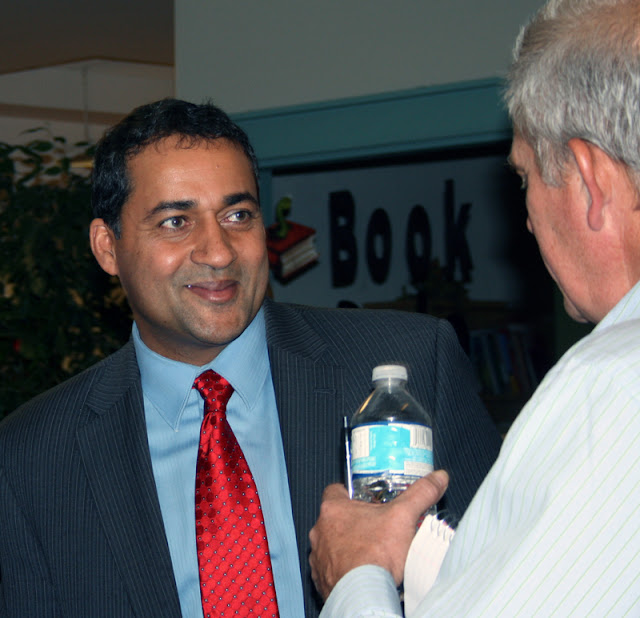 Raj spent the evening chatting with constituents and answering questions on the economy, crime, health care and agriculture.

I've learned not to try to make predictions about Alberta politics, but Raj is certainly the most dynamic and charismatic figure I've yet worked with and I have feeling that he's going to really shake things up - in a good way.