Not One More Step 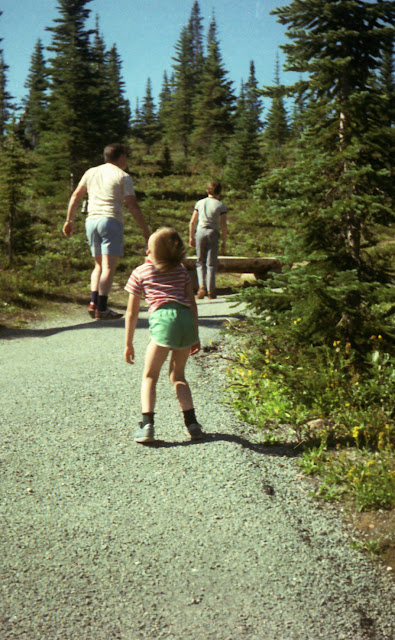 Discovering forgotten images is the greatest reward of scanning hundreds of negatives. This particular image comes from a roll developed in January 1982, but considering the weather it was probably shot - by Mom - at least six months earlier.

Poor Sean is clearly agonized by the long walk to the top of whatever trail we were exploring. I've felt the pain of his "I can't take another step" half-crippled gait of despair. In fact, I'm sure I've assumed this stance more often than him. 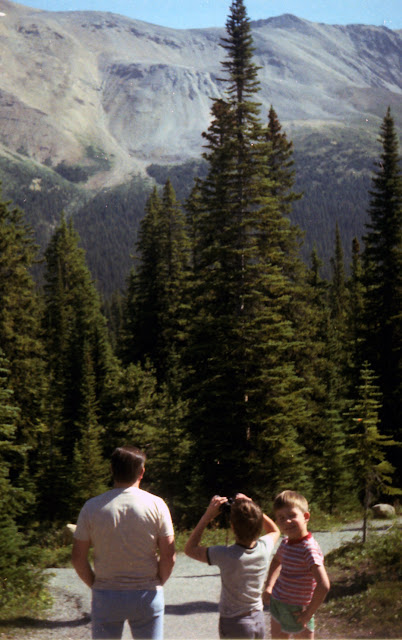 Sean persevered, though, and joined us in admiring the majestic peaks... 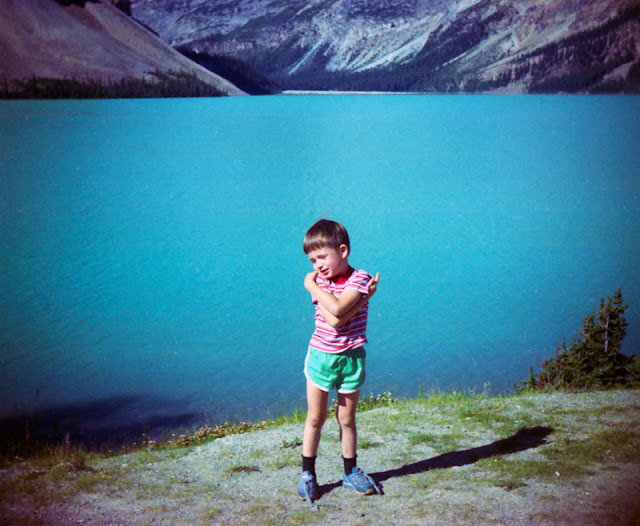 ...and the sublime lakes. I'm guessing these images were taken somewhere in the Rockies, but I don't remember the trip at all. Seeing photos like this thrills me, but there's a flip-side of dark horror: how much have I forgotten?
Posted by Earl J. Woods at 6:54 pm

I dunno, Earl. I remember a lot of, "Carry me," from Sean back in the day. It's not so out of character.

I had forgotten his plaintive cries of "carry me!" You're quite right! See, I knew I'd forgotten important things.