The Blue Jay at my Window

My home office rests mostly below ground level, with only a small window near the ceiling. I've been spending more time than usual in my office this summer, so perhaps that's why it's only this year that I've noticed a winged visitor: an attention-seeking Blue Jay.

Every two or three days since June, the bird perches on my window sill and squawks at me. The bird does so until I stand up to look at it, at which point it flies away. When I sit down to start writing again, the bird returns for more squawking.

I've tried to take a photo of my annoying visitor a few times. On these occasions, the bird allows me to finish standing, then waits sadistically until I have the camera in position with my finger on the trigger. Just as I'm about to depress the button, it flies off. I am starting to believe that the bird is playing games with me. 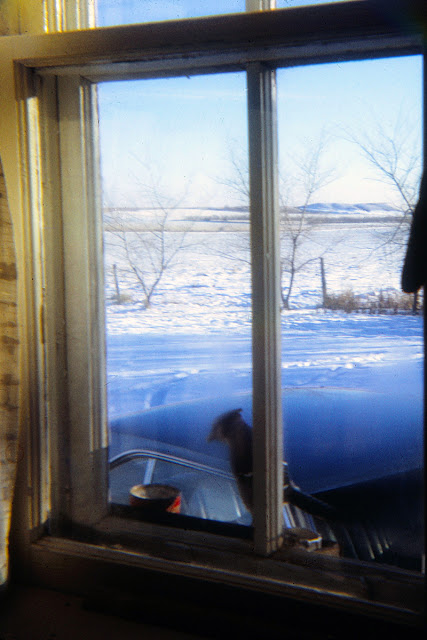 In lieu of a shot I'll probably never capture, here's a Blue Jay on the Etsell farm, sometime during an early 1970s winter.
Posted by Earl J. Woods at 6:17 pm