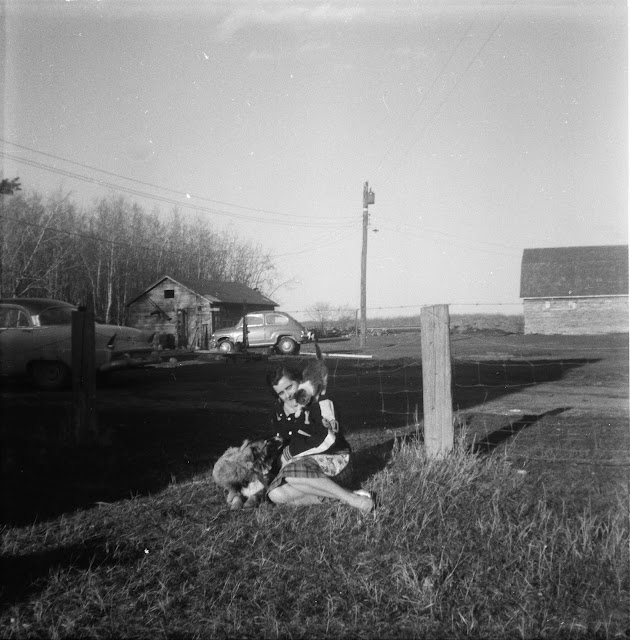 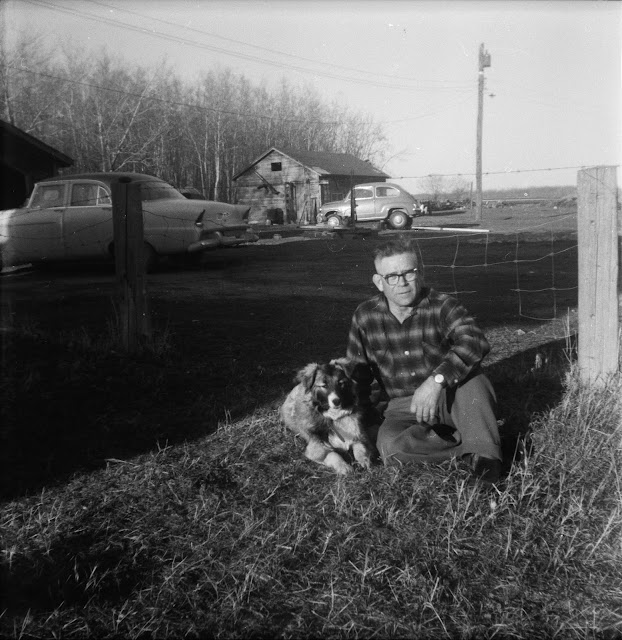 I don't have many photos of Dad's side of the family, so I was pretty happy to see these shots of his parents on what might be their farm near Dauphin, Manitoba. Judging by the vehicles, perhaps this is the late 1950s..?

Dad confirmed that this is the old Woods farm four or five miles north of Dauphin. He thinks this was taken around 1961 or 1962. Dad's first car, a Fiat 600, is in the background; it had "suicide doors," that is, they opened at the front. It was red with a tan interior, 4-speed standard transmission.
Posted by Earl J. Woods at 7:09 pm