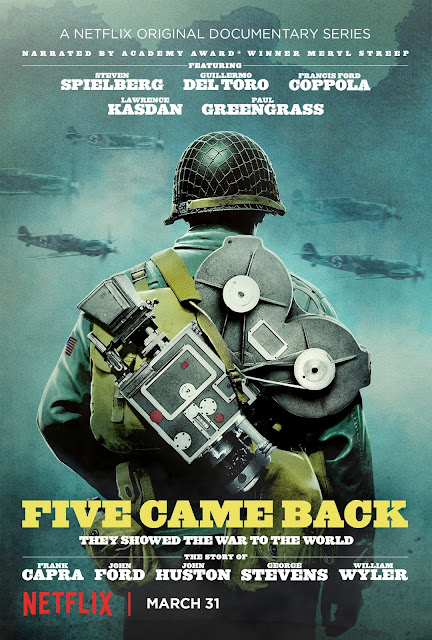 Many film buffs know that some of Hollywood's most famous directors went overseas to capture the tragedy of the Second World War on film, resulting in propaganda shorts like Frank Capra's Why We Fight series or documentaries like John Ford's The Battle of Midway, which you can watch on YouTube below:

I've seen a few of the films that resulted from the wartime experiences of these five filmmakers, but I don't know much about the stories behind the stories, so I'm really looking forward to this.
Posted by Earl J. Woods at 5:56 pm