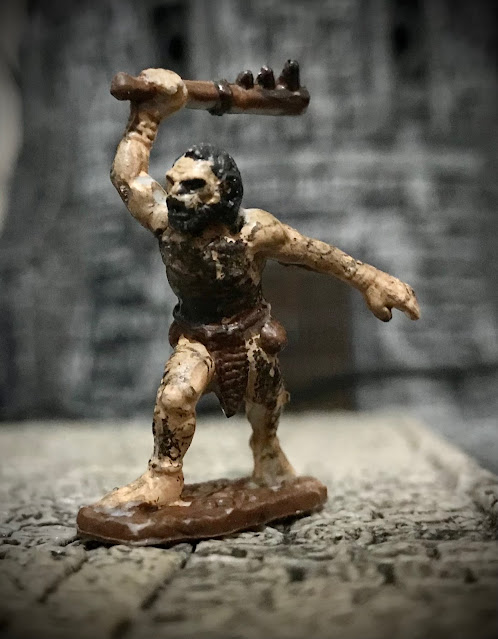 Two steps forward, one step back, as ever. I managed to fix my caveman's face, but after that I applied too much ink wash, particularly to the caveman's lower abdomen. Rather than paint over with Caucasian tones again to fix that mistake, I instead opted to use a black weathering pencil to add some hair to the entirety of his chest. I thought that looked okay, so I tried adding "hair" to the arms and legs as well. Results are mixed. I guess you could say he simply looks dirty now, which I think works fine in most contexts for a caveman character.