You Butter You Bet 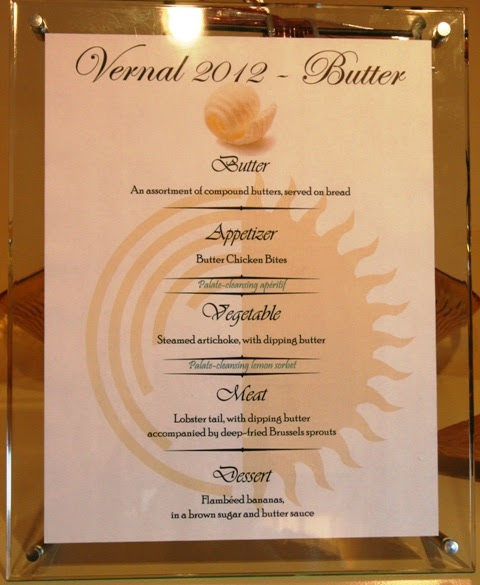 On Saturday night Sylvia and I attended the first of our friend Pete's semiannual Geekquinox dinners for 2012, and once again our budding chef outdid himself with an artery-clogging but scrumptious butter-themed feast. 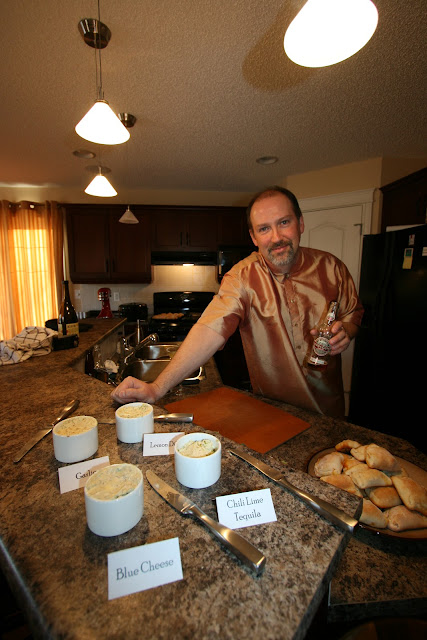 Pete greeted his guests with a selection of home-blended butters. I was hard-pressed to choose a favourite, but if forced I would give the blue cheese butter a slight edge thanks to its full-bodied pungency. 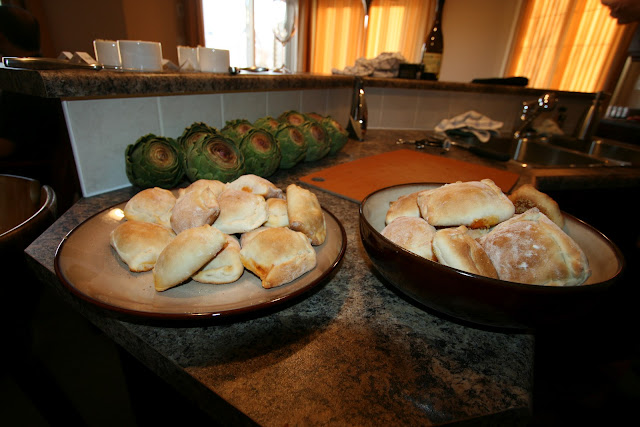 While I've never been a fan of meat pastries, Pete won me over with these butter chicken bites. Even Sylvia, who generally eschews Indian food, enjoyed these sumptuous treats.

In the background lurks a collection of artichokes, awaiting their steaming. I'd never eaten artichokes before Saturday and found there's an art to it; you eat the leaves from outside in, scraping the soft parts off with your teeth and disposing of the woodier flesh. Eventually you come to the softer inner leaves and the artichoke heart, a melt-in-your-mouth delicacy. Sylvia and I both wound up spattering our clothing pretty thoroughly with dipping butter while eating these, but fortunately we weren't alone. 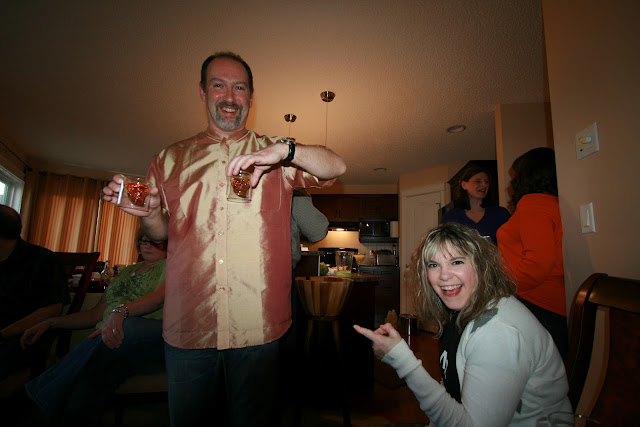 Sylvia hadn't planned to drink any alcohol, but Pete convinced her to try what she described as a "very tasty" butter liqueur, served in skull-shaped tumblers. 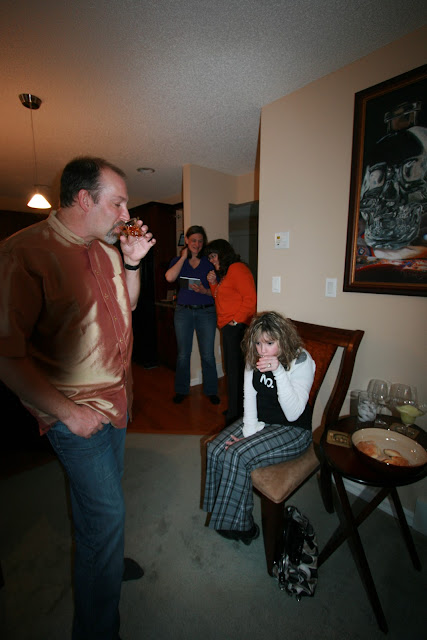 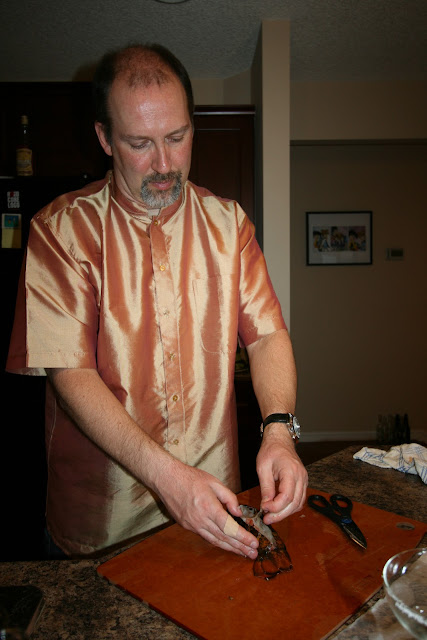 Pete sacrificed not only considerable time and treasure to provide this meal, but also some flesh. While scissoring open the lobster tails he managed to gash open a finger (note the bandage). Fortunately there were no other mishaps, and in any event I'm sure that some civilization somewhere has celebrated the equinox with a blood sacrifice, so Pete's accident should be considered thematically orthodox. 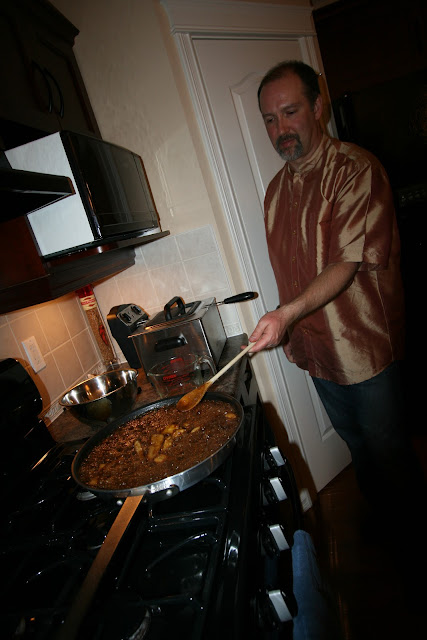 Pete lit a bunch of bananas, brown sugar and butter on fire to provide a sizzling dessert. (Sadly, I missed the flames.) 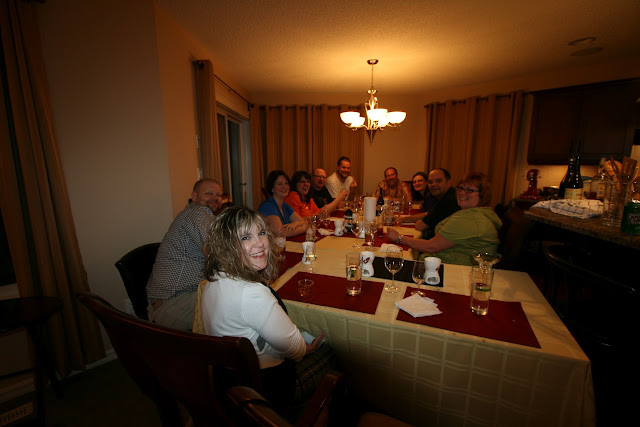 By night's end we were all thoroughly sated. Thanks for buttering us up, Pete!