Leaf Rapids had (and possibly still has) a helipad. As a boy I was fascinated by this blank expanse of concrete, a small island of man in the middle of northern Manitoba's vast boreal forest. Only rarely did a chopper ever touch down; this one seems to be from the Northwest Territories, judging by the barely visible logo on the cockpit. It would appear that this model can land on water, if those big grey cylinders are pontoons - a handy ability given the thousands of lakes and rivers in the area.

Despite its small size, Leaf Rapids was rich in opportunities to explore. I wandered to the helipad often during my adventures, imagining that UFOs or Federation shuttlecraft might also pay visits to our isolated community. 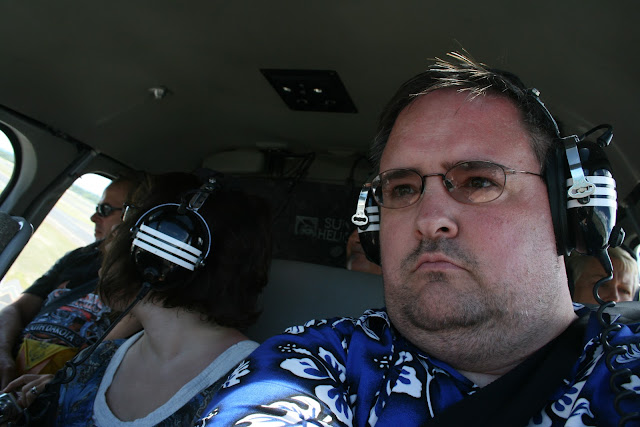 Only years later did I ever ride in a helicopter: once in the early 2000s for an aerial photo of Hole's Greenhouses (thanks Bruce!) and once in 2008 in Hawaii, when Sylvia and I took a helicopter tour of the island. 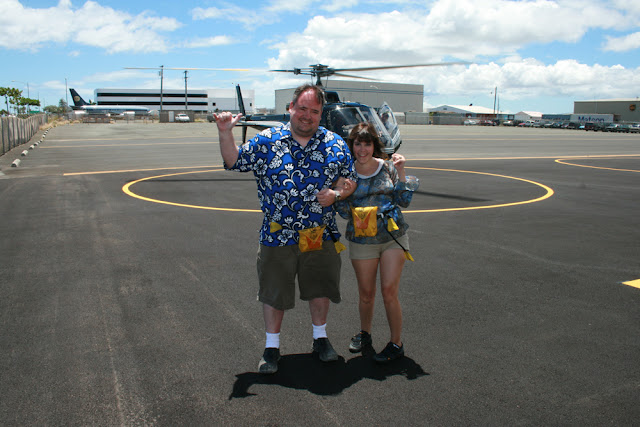