In 1994, the United Nations Educational, Scientific and Cultural Organization (UNESCO) inaugurated World Teachers' Day to recognize the crucial contributions of teachers around the world. Today is the perfect day to consider the men and women who helped shape our lives: the teachers who helped us discover the beauty of math and science, the wonder of art and creativity, the richness of language, the exhilaration of sports and physical activity, the fascination of history and perhaps most importantly of all the value of inclusion, tolerance, fair play and compassion.

I was lucky enough to grow up with dozens of wonderful teachers from kindergarten through university. I have many favourites, but if forced to choose one I would have to pick Mr. Istvanffy, my grade eight social studies teacher and mentor in the gifted program at Leduc Junior High School. 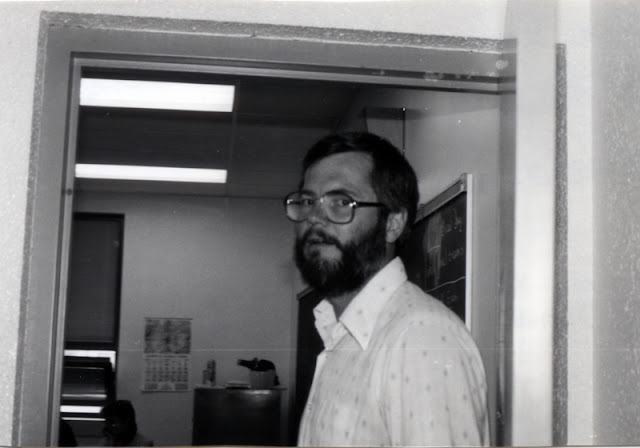 The Canadian political system was part of the junior high social studies curriculum back then, and one day we were engaged in a discussion of the leading political figures of the day. I don't remember the exact context anymore, but then-BC premier Bill Vander Zalm came up as an example of one sort or another. I said something positive about him, being a young and foolish right-ish leaning guy at the time, and Mr. Istvanffy said "So in your view, is style more important than substance?" And I replied "Absolutely." Mr. Istvanffy gave a little shrug, said "Okay," and moved on to another student.

I immediately felt ashamed, because I could sense Mr. Istvanffy's disapproval even though he hadn't voiced it. Afterward I visited Leduc's public library to learn all I could about Vander Zalm's policies and discovered that while I might have appreciated his charisma, his governance was something else. That was my first small step to the left on the political spectrum, but more importantly, Mr. Istvanffy helped me understand the importance of research and critical thinking. For years I've wished I could tell him that he helped me grow up a little.

On another occasion, Mr. Istvanffy was trying to make a point about how ignorance can lead to bad decision making. "Earl!" he said, "Do they need roads in Ural?"

Unfortunately for the purposes of the discussion, I actually knew the answer, mostly because playing Risk made me curious about the various place names on the board game's map. I knew that Ural needed roads because of the Ural Mountains and various other geographical and political challenges faced by the then-Soviet Union.

Mr. Istvanffy rolled his eyes and said something like "Okay, let's move on to someone other than Earl..." But I could tell he was happy despite his point being somewhat blunted.

I was genuinely shocked when Mr. Istvanffy asked me to join the school's Hi-Q team. (Hi-Q was a Reach for the Top-style trivia show for younger teens, produced at Edmonton's ITV studios.)

"Earl, your general knowledge is excellent," Mr. Istvanffy said in a tone of voice that brooked no argument. (Our team made it to the quarter-finals; I still have the medal somewhere.)

Perhaps without meaning to, Mr. Istvanffy taught me that I shouldn't be ashamed of being smart. I almost wrote "above average" just then so I guess he wasn't completely successful. Nonetheless, his humour, kindness and eagerness to challenge his students helped me learn not only about politics and history, but how to question my own assumptions and take pride in my own accomplishments. I've never forgotten Mr. Istvanffy, and I'm grateful for that year in grade eight social studies.

Today's Edmonton Journal (and, I believe, the Calgary Herald) ran an advertising feature produced by the Alberta Teachers' Association to celebrate World Teachers' Day, including three articles by yours truly. I consider it a privilege to have contributed in this small way to World Teachers' Day, my humble thanks to the dozens of teachers who opened up new worlds for me and so many other students.
Posted by Earl J. Woods at 2:06 pm

Spot on about Mr. Istvanffy, I didn't meet another instructor like him until college.