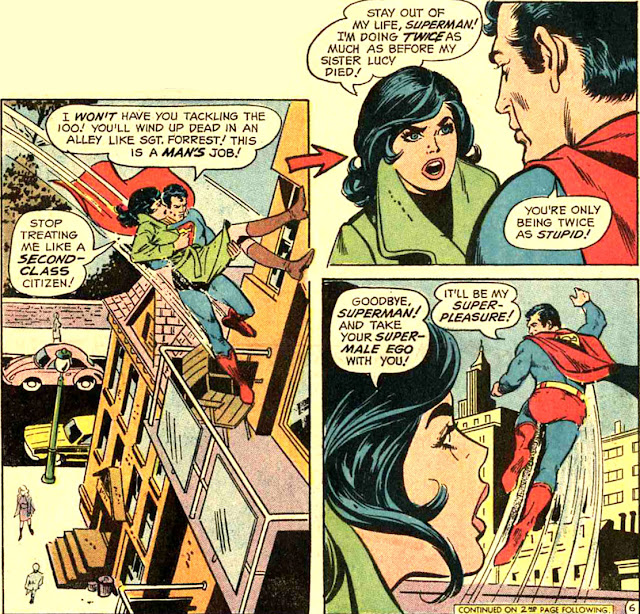 Superman's Girl Friend Lois Lane ran for several decades. Always a strange comic, it got even weirder in the swinging sixties and seventies when its writers started portraying Superman as a sexist dope just so he could be an effective foil for Lois' revitalized feminism. Superman sure looks like a stuck-up member of the establishment here, a far cry from his origins as a populist radical.

I find their final exchange hilarious, but on reflection if Superman were a real person I suppose it would be only natural to pepper your language with super-this and super-that, especially ironically. If I had super-powers, I'd constantly say things like "I'm super-writing this press release!" or "Oh oh, I've got to super-unplug the toilet again!"

Meanwhile, Sylvia would probably say "I'm getting super-tired of this routine. Please find some  new material."
Posted by Earl J. Woods at 6:26 pm