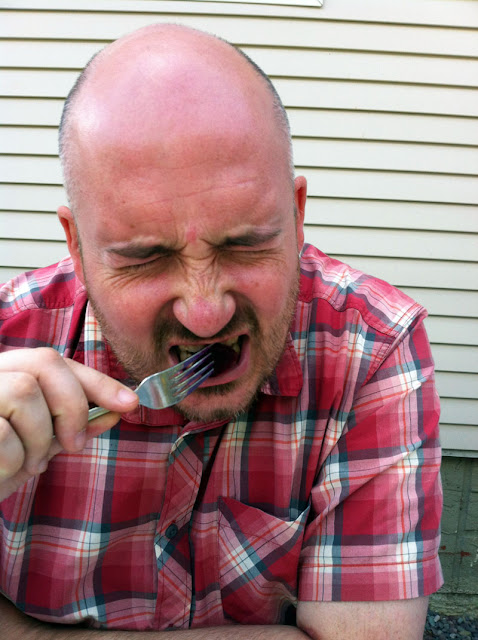 Mom and Dad grow vegetables in their back yard, so when we visited yesterday we happily accepted a bountiful harvest of potatoes, carrots, tomatoes and cucumbers. But neither Sean nor Sylvia nor I are fussy about beets. However, recognizing that home-grown vegetables are often superior to their store-bought counterparts, Sean gamely tried a bit of beet, pickled by our parents. 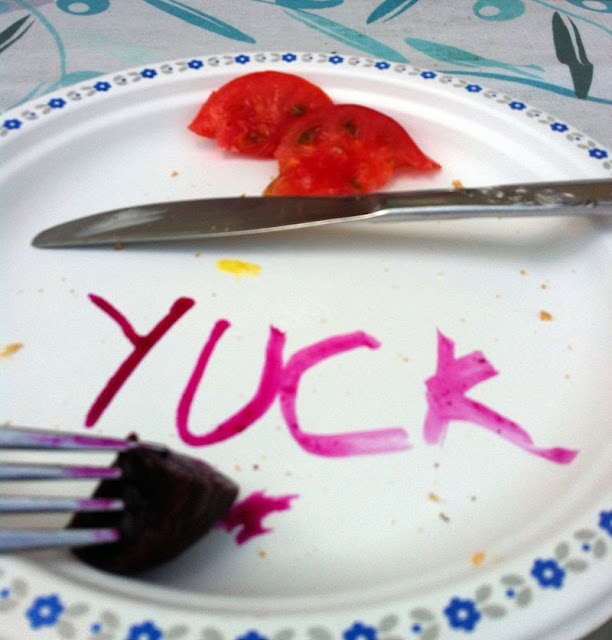 Sean expressed his displeasure by scrawling beet juice graffiti onto his paper plate. 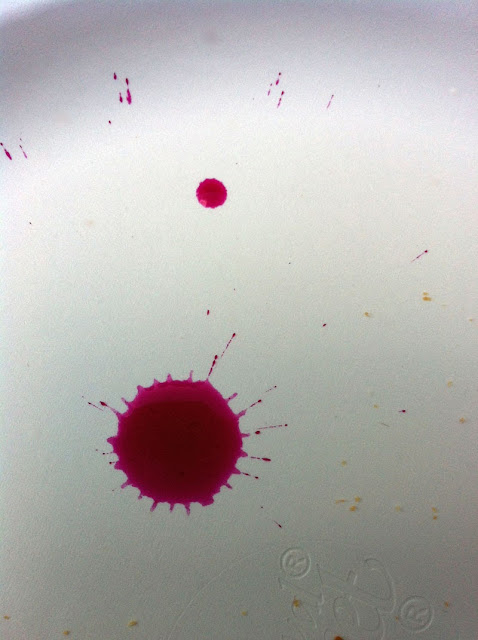 He also held the beet under my nose with his fork so that I could smell the juices. And in that instant, while my nostrils were still quivering, stung by the scent of beet, a droplet of malodorous beet blood dropped earthward to splat prettily upon my Coronet dinnerware. While beets may be the root of all evil, still they are capable of moments of accidental beauty.
Posted by Earl J. Woods at 10:38 am

I know a certain person who has a solid opinion on beet ice cream.

I hate beet ice cream!! I once got hornswoggled into believing that hand-churned farmer ice cream was strawberry because it was a fine, appetizing pink. It turned out the muck was just regular cream coloured pink with the same malodorous beet blood you describe. Eeeurgh!

True beet fact: what makes beet blood red is almost exactly the same molecule that makes human blood red: hemoglobin. The beet version is called leghemoglobin, and it has the same function for the vile beet as it does for the noble human, namely carrying oxygen. Something to ponder the next time you watch beet juice drip from someone's mouth while they eat. Not my mouth, though. Eeeurgh.