King for Just One Moment 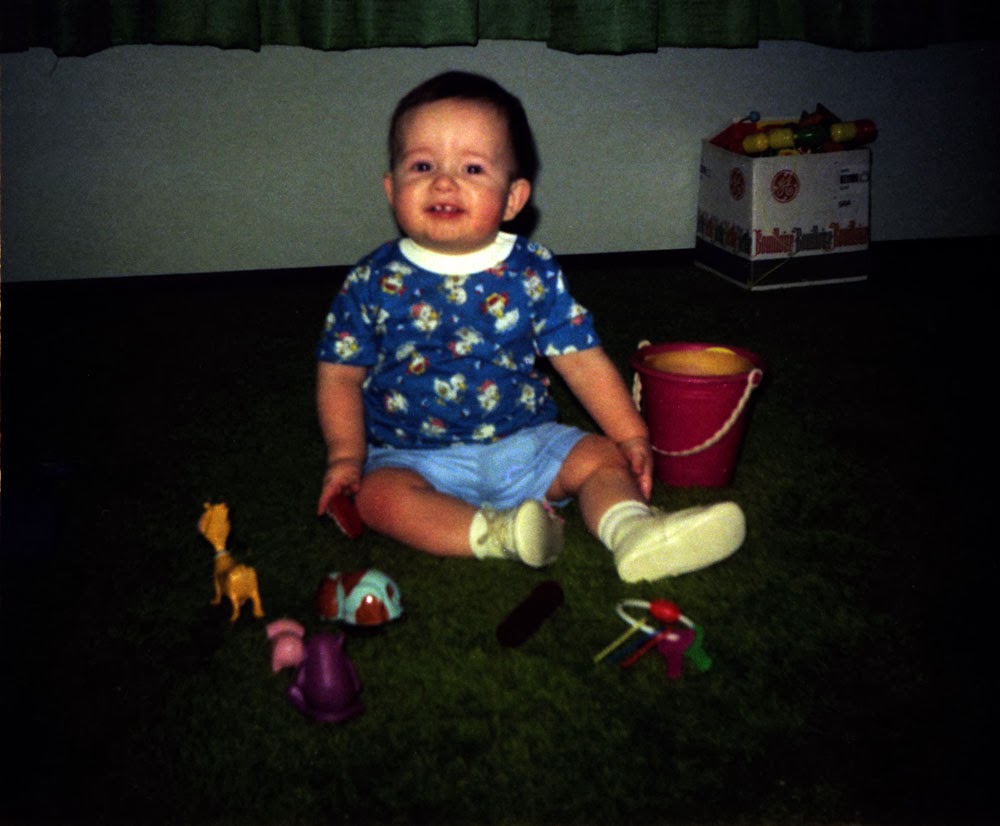 Here is my little brother Sean lounging on the green shag carpet of our palatial home in Leaf Rapids, Manitoba, sometime in 1978 or so. To Sean's left there sits a plastic bucket. One day, bored, I watched Sean crawl about innocently in his baby-duck-yellow jumper. Inspiration struck when I saw the bucket. I found a pen and some masking tape, stuck a length of tape to the rim of the bucket, and wrote "KING" on the tape. I then placed my makeshift crown upon Sean's head. "KING!" I hooted, laughing hysterically.

Sean put up with it for a few minutes, perhaps indulging his brother's eccentricities, but eventually he looked at me in disgust and hurled the crown from his head, forever renouncing the throne of tomfoolery upon which I'd tried to place him - abdicating that position to me, I just realized.