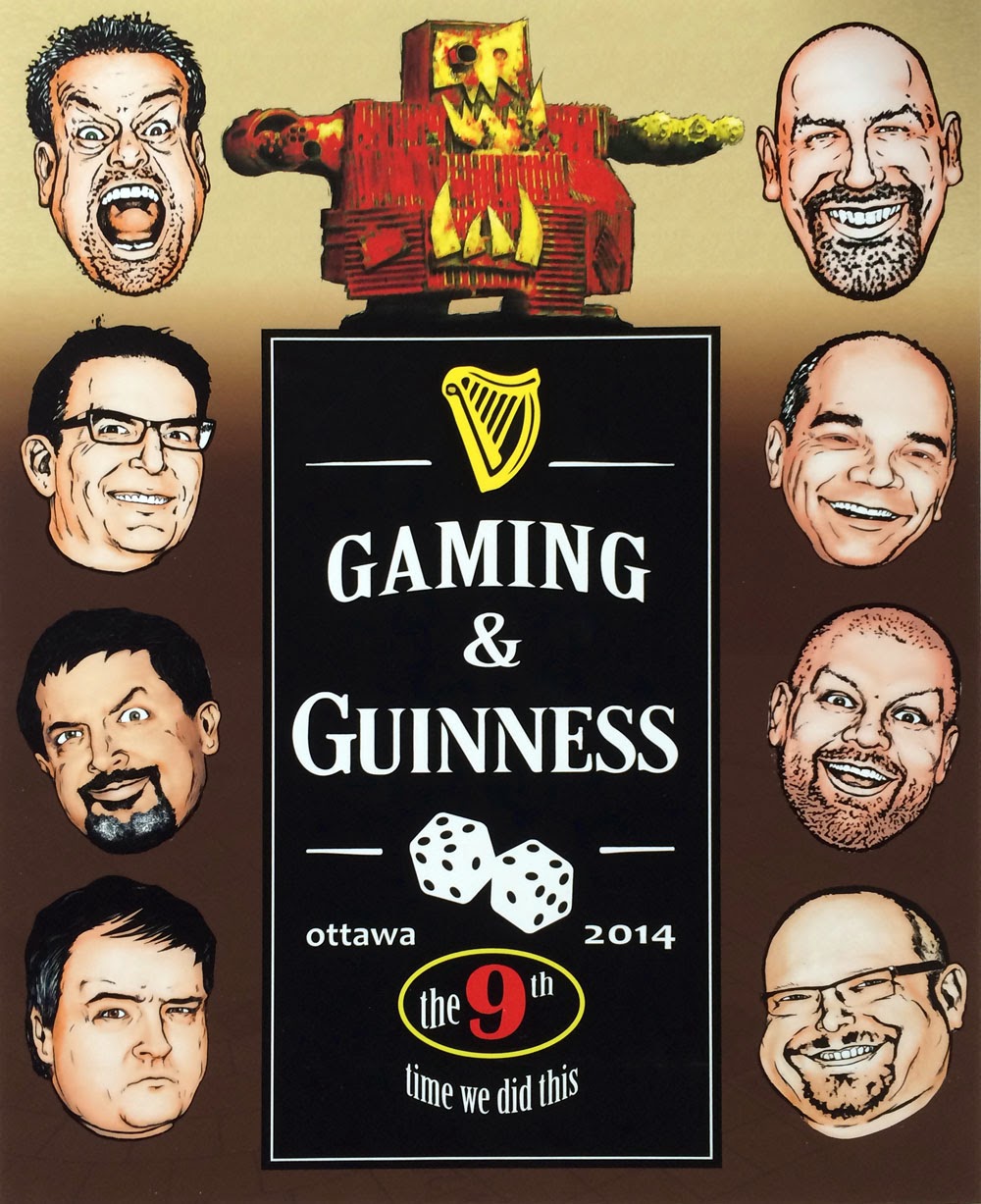 It was, as Brian Taylor's poster notes, the ninth time we did this: gathered for five days of gaming & Guinness. This time, however, we assembled in Ottawa to celebrate a milestone birthday for Rob Day, who hosted this year's event in the nation's capital. 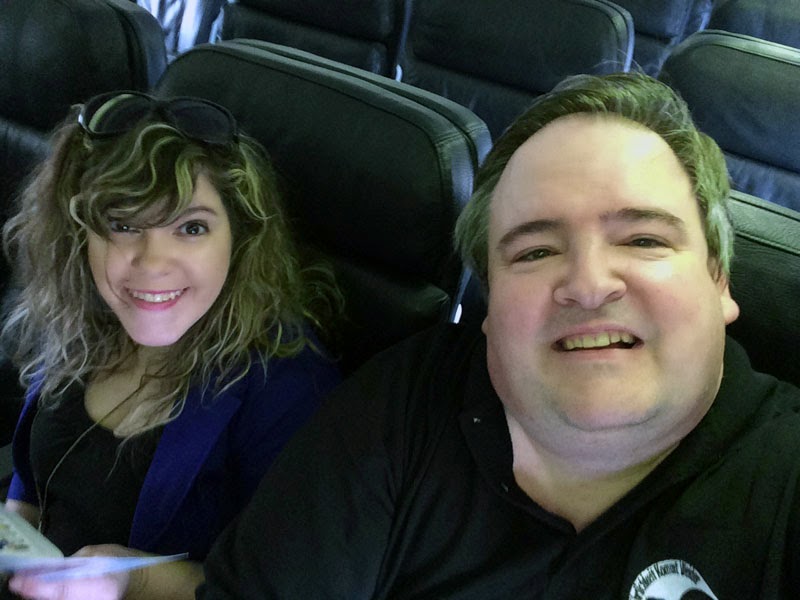 Never missing an opportunity to travel, Sylvia caught the same flight as Steve, Jeff, Scott and me. We both thought there might be an opportunity to spend a couple of hours together in Ottawa, but both of us wound up with schedules so jam-packed that we didn't see each other again until the return flight home. Sylvia had some fascinating adventures, though, which I'll let her share. 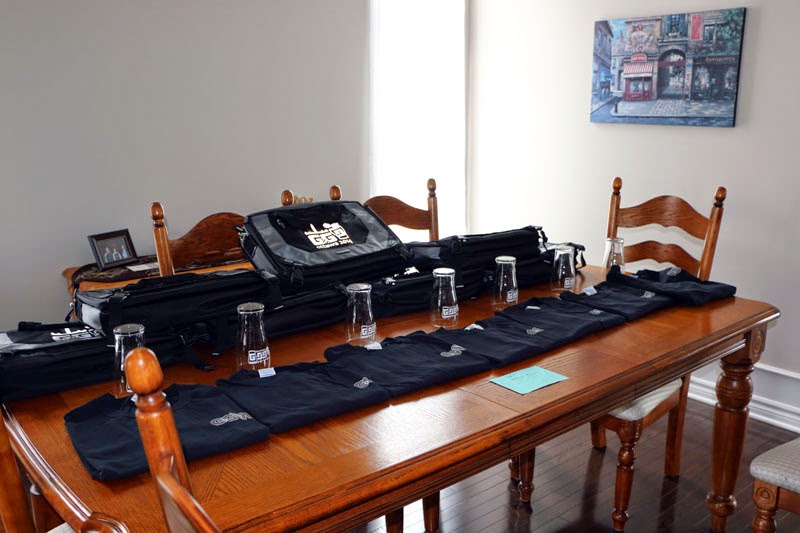 This year Rob and Mike T organized the swag - the requisite t-shirts, but also handsome beer glasses and travel bags with the official G&G IX logo.

It was around this time we learned that Mike and Mike, having arrived first, went out for breakfast earlier in the day only for our rental van to be broken into and some of the Mikes' stuff stolen. Quelle domage, as they say in Canada - an inauspicious beginning!

The first day of G&G is usually pretty casual, as travel and staggered arrival times make organized gaming difficult. It's really mostly about catching up, particularly with Rob and Island Mike, who don't live in Edmonton.

Catchphrase is a simple electronic game in which two teams try to guess what word or phrase is displayed on the game itself, seen here in Steve's hand. It's a little like charades, only more panic inducing as there's an audible timer that counts down as you struggle to describe "banana pancakes" or whatever without using those words. Each team earned one victory. 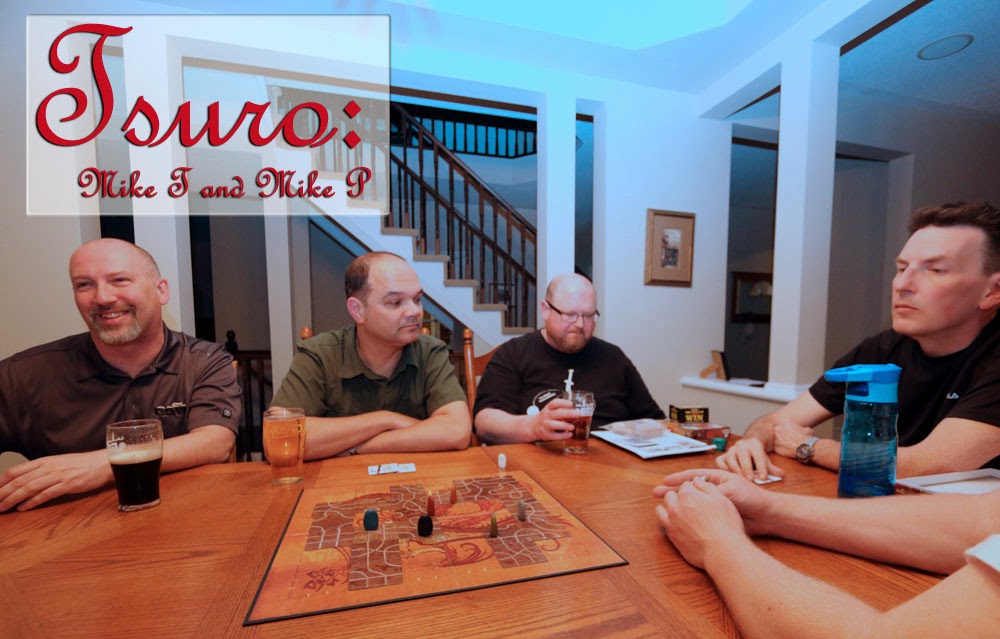 The two Mikes got everyone else's rocks off once each in the zen-like game of Japanese pathfinding, Tsuro, consigning our stone playing pieces to blissful oblivion. 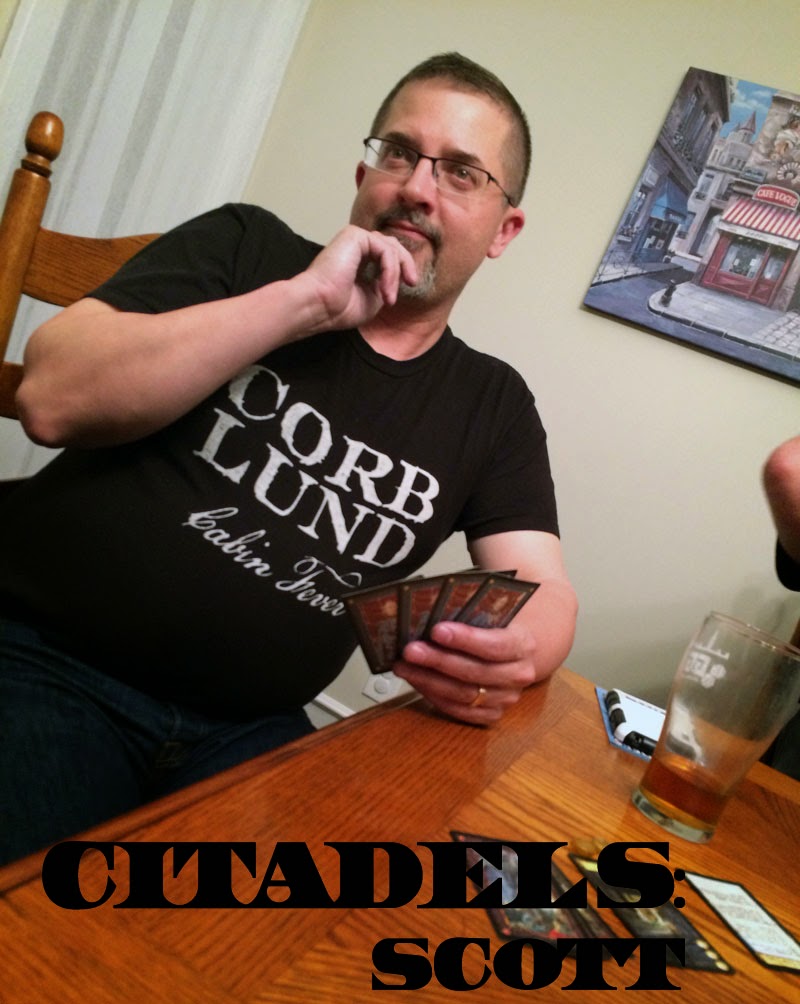 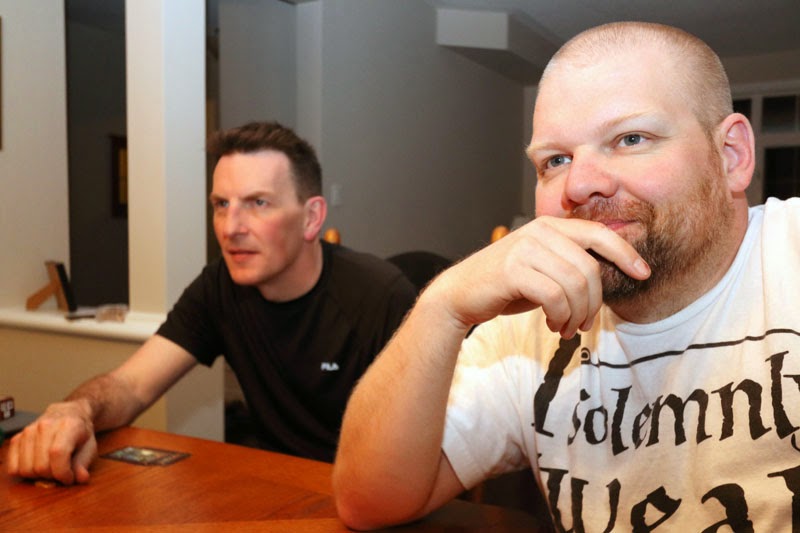 "I brought the game, so I'd better damn well win it," thinks Scott. 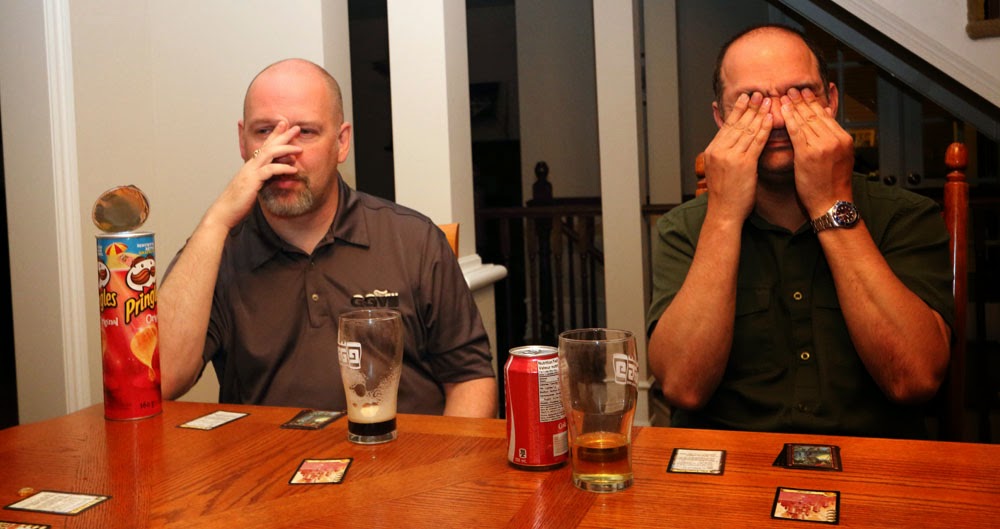 Jet lag and drinking took its toll on some of our crew. 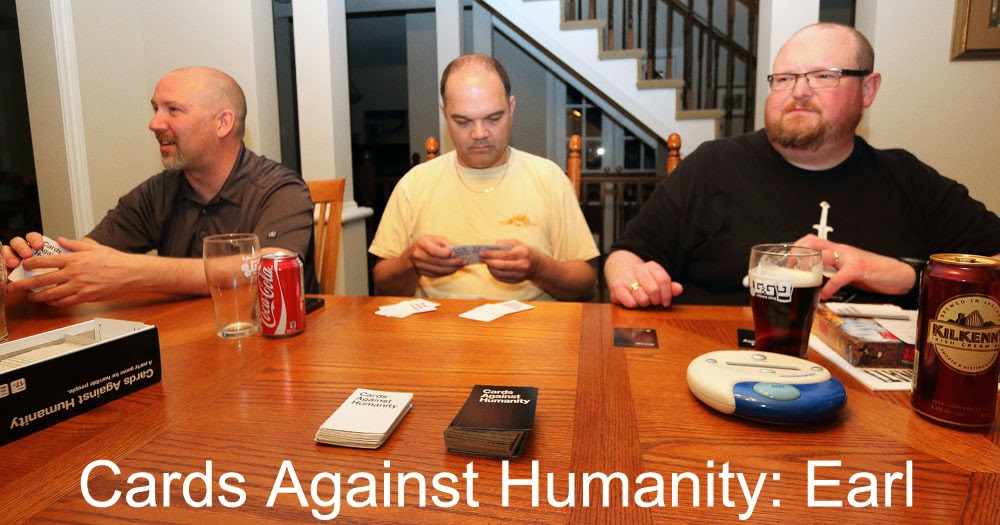 I earned my first victory with Cards Against Humanity, the game of guessing which sick phrases your friends will like best. This game famously causes me to break my self-imposed "no swearing" rule, as I feel compelled to quote accurately if presented with written text.

Our first day in Ottawa was a chance to get organized, relax and gird our loins for the days to come. It would prove to be an eventful week.
Posted by Earl J. Woods at 8:09 pm