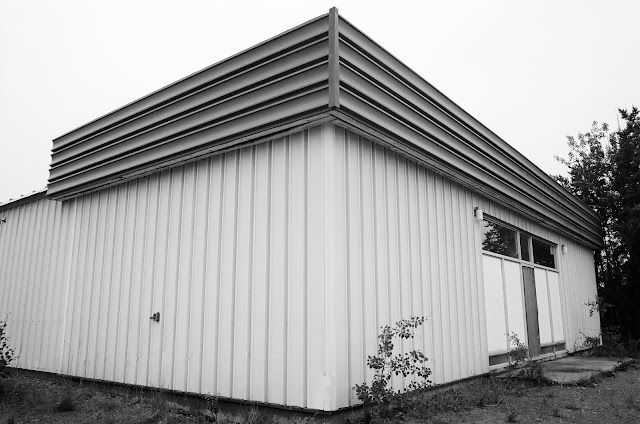 When Sean and I went to visit Leaf Rapids in 2009, I took along Mom and Dad's old T70 and shot in both colour and black and white - on film, that is. This is the building that once housed the Acklands Dad managed, and which he and Mom, in fact stocked and opened for its grand debut in Leaf Rapids. 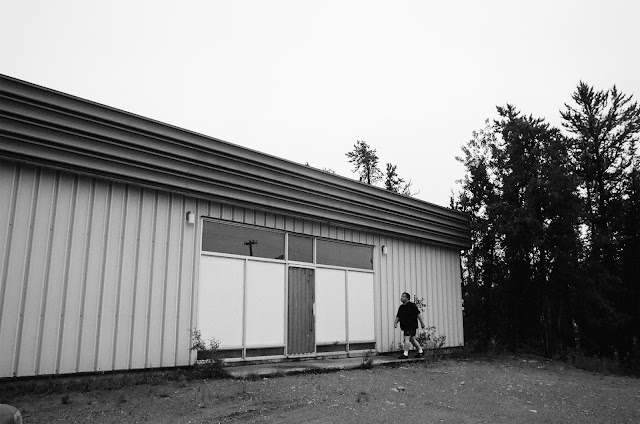 Here I am, surveying the building. 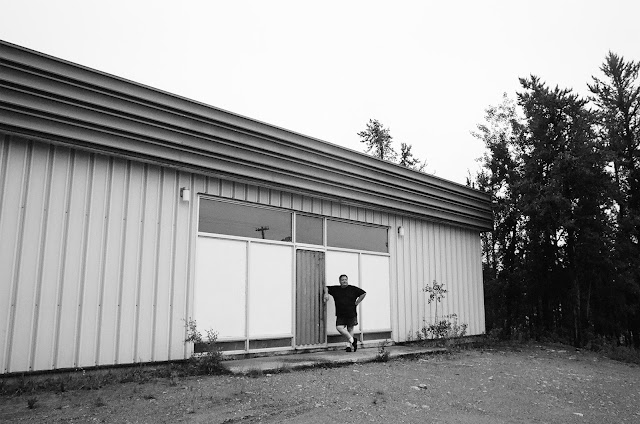 And here I am posing in front of it. 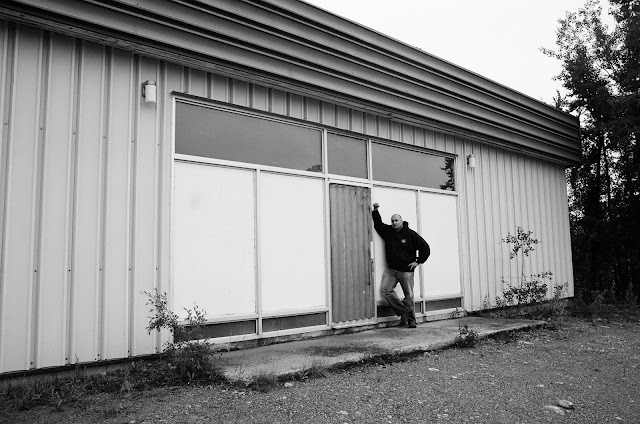 Sean was born in Leaf Rapids, but we left too early in his life for him to remember much of it, which is why I'm glad we went. 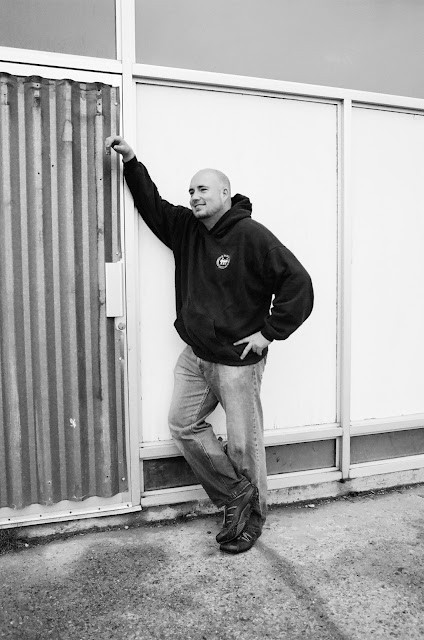 Sean and the door. It used to be glass, of course. 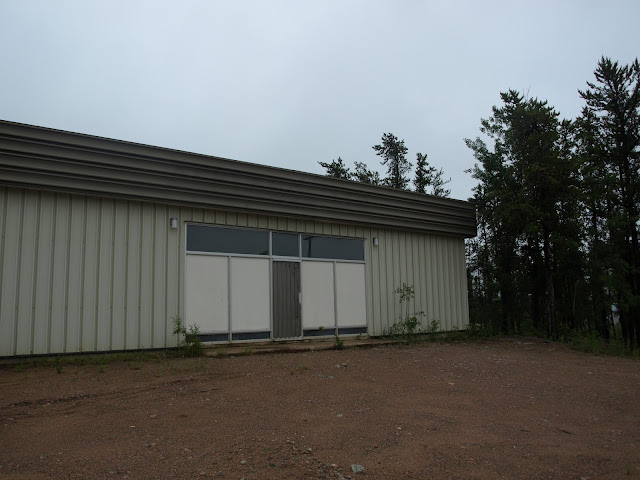 This was shot digitally, as was the next image, but this shows the building's colour (such as it is). 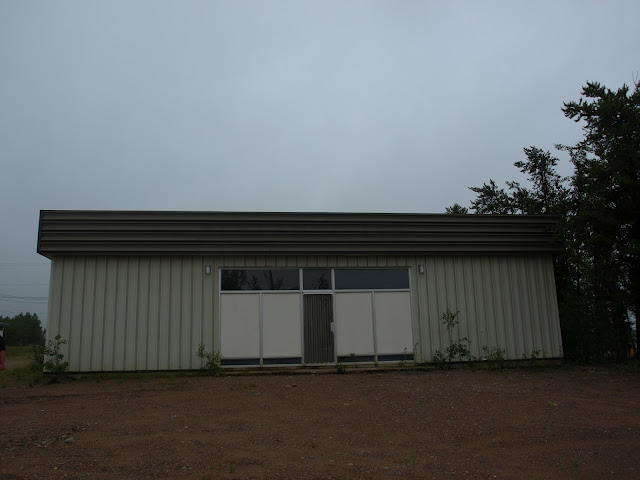 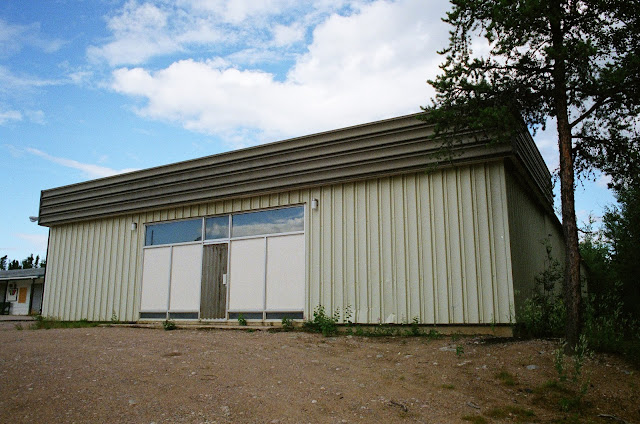 This image was shot on film, but in 2006, when I brought Sylvia to see the wonders of Leaf Rapids. 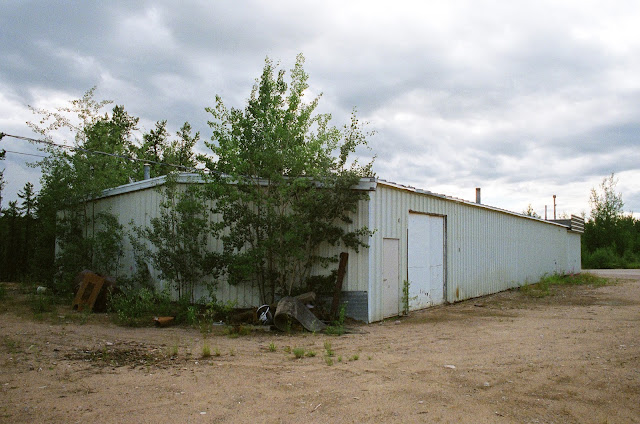 Here's the back of the building in 2006, which often served as my gateway to adventure those times when I wasn't in school and Mom and Dad were working. There's a steep sand dune on the other side of the Acklands, which I used as the locale for the many adventures I had with my Kenner Star Wars action figures and my die-cast Corgi Batmobile.

Here is a panorama of the sand dunes behind the Acklands building. I also remember the really great blueberries that grew wild here.

And there you have it. This may be the single most comprehensive collection of the Leaf Rapids Acklands location ever assembled. 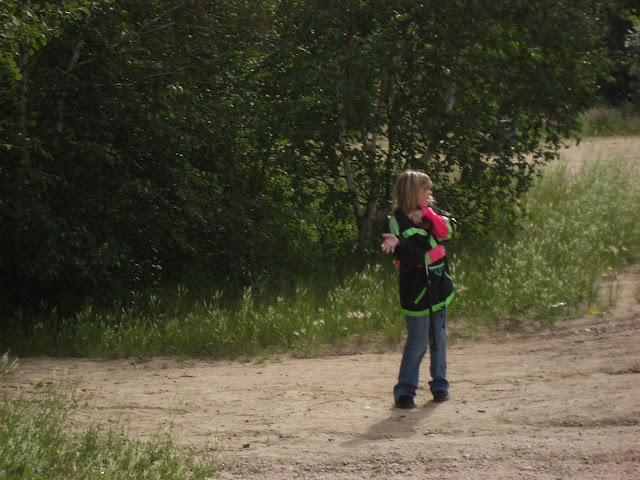 Special bonus image! They're too small to see, but poor Sylvia was swarmed with bugs during her time in Leaf Rapids. They left me alone. I made it up to her by proposing, though!