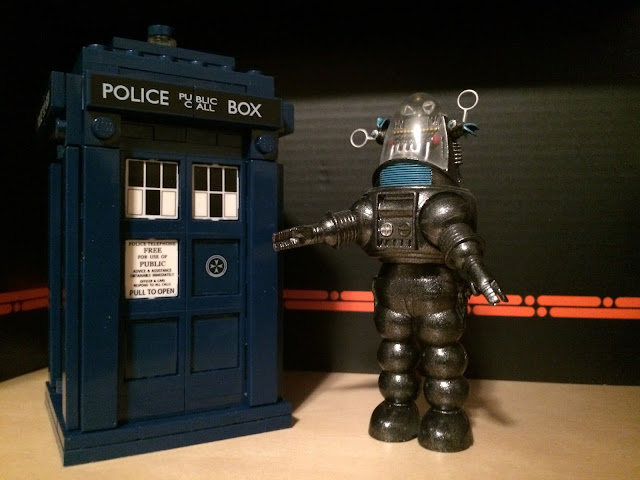 Robby the Robot used to get around. Since his first appearance in Forbidden Planet, still one of the best SF films ever made, he's turned up in his own starring vehicle (the flawed, weird, but somehow arresting The Invisible Boy), and he's guest-starred on Lost in Space, The Thin Man, The Addams Family and Mork and Mindy, among other television series. It's been some time since Robby was a pop culture icon, and as a fan I'd love to see him turn up again. Dr. Who seems an ideal vehicle for a return, considering the Doctor visits all of time and space; perhaps he could encounter the intrepid crew of United Planets cruiser C57-D after the destruction of Altair IV. On the other hand, the creators of the upcoming Star Trek: Discovery show will feature robots; why not Robby?

Or maybe he could show up in the background of an episode of Westworld...it would seem a fitting tribute.