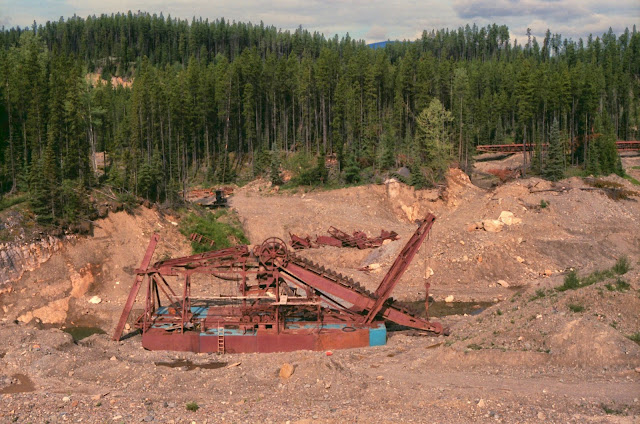 The HBO television series Westworld features a giant machine that seems to be in the process of excavating and terraforming vast swaths of the titular theme park to serve the needs of a mysterious new narrative. The machine is the centrepiece of the creepiest moment in the show to date, and I'm sure it will turn up again as this season proceeds.

Back in 1986, I shot this photo of a similar machine. It's not nearly as large as the one in the show, but it does have the same techno-horror flavour, at least in my eyes.
Posted by Earl J. Woods at 7:43 pm