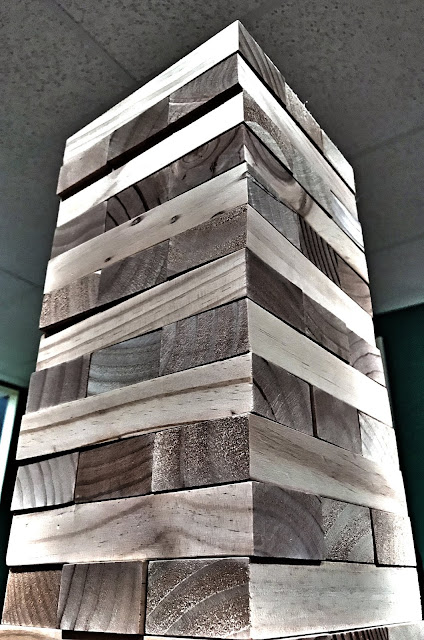 AND as has become tradition, Gaming & Guinness XIV began with the towering spectacle of Giant Jenga; 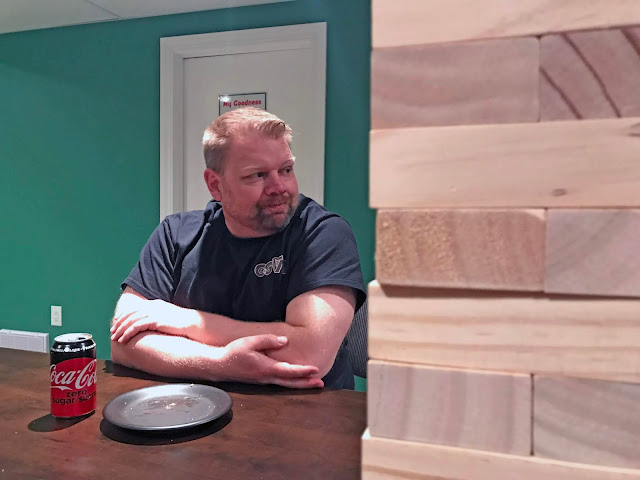 AND lo, did Scott contemplate the tower and likened it to that built at Babel, to great calamity; 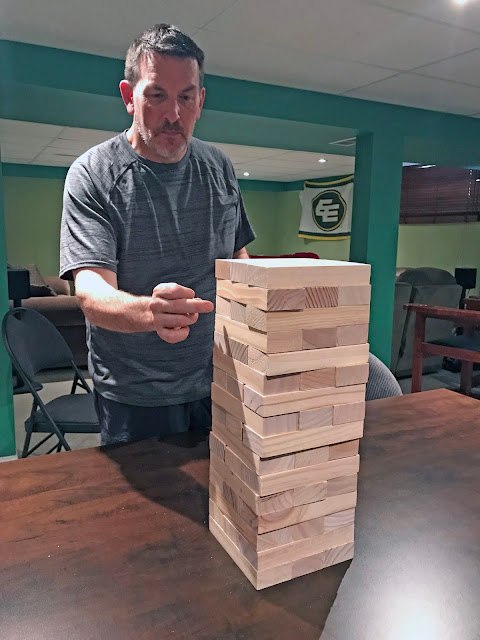 THEN did noble Rob test his mettle against the Tower; 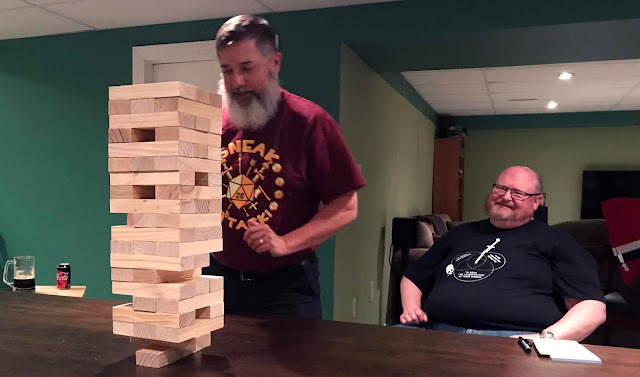 THEN did Island Mike and Stephen carefully assault the Tower, each by each; 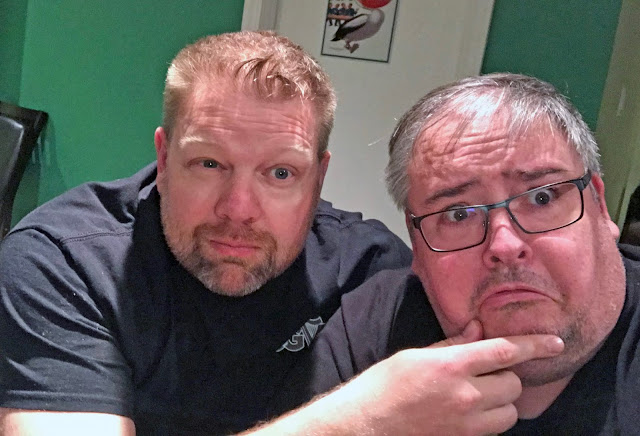 AND lo, did Scott and Earl look on with visages perturbed; 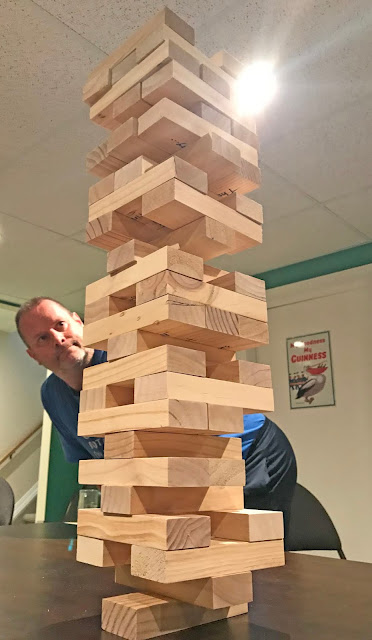 THEN did Mike T assess the crumbling edifice;

AND lo, did all the G&G men gather to wonder at their peculiar predicament;

BUT then did Pete's unsteady hand topple the tower, and all was confusion and madness. 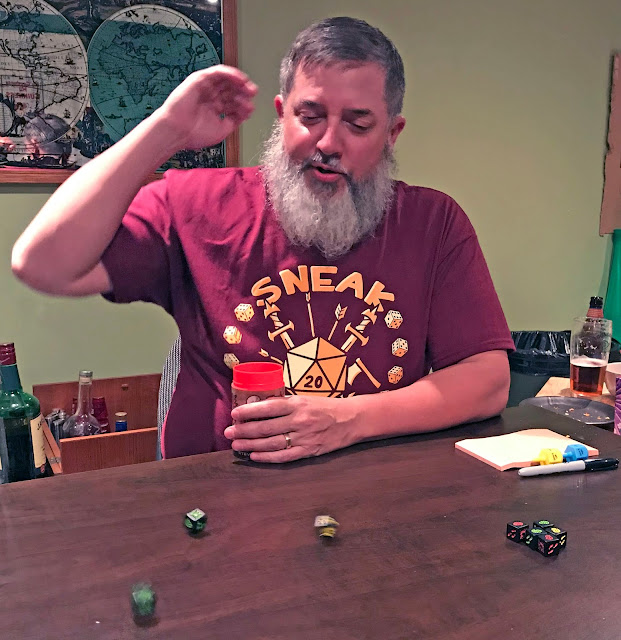 THEN amid the ruins did they play Zombie Dice, gathering brains; 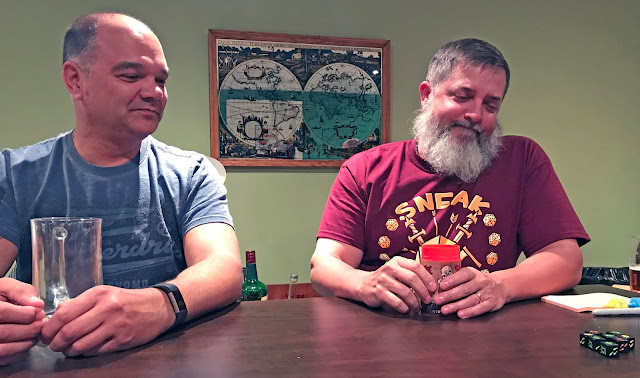 BUT the bones rolled displeased the group, and they moved on. 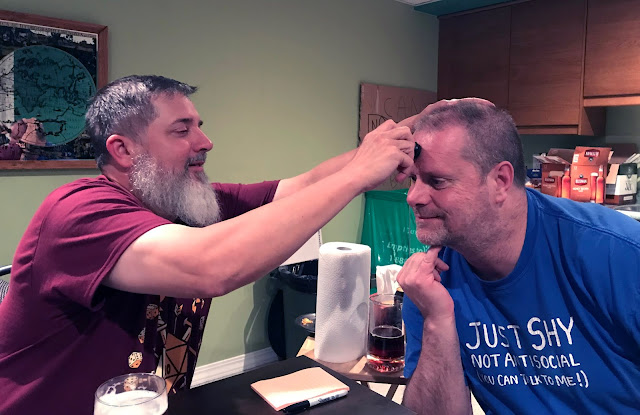 THEN did they begin the duel of intellects, and wielded heavily the mark of X; 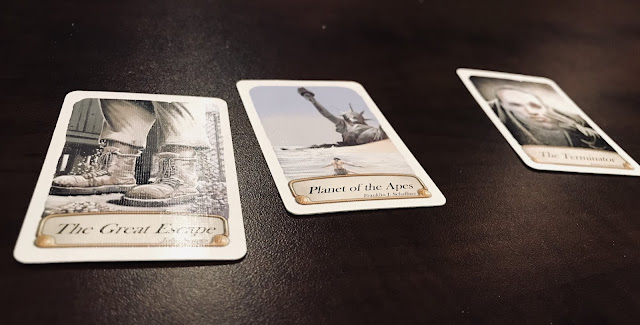 THEN did they play Movie Timelines, and lo, the Earl drew the easy cards; 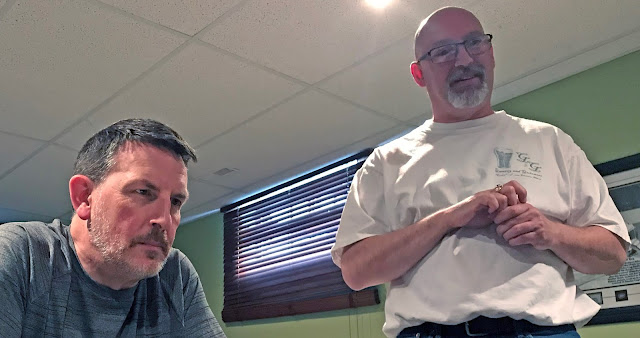 AND the others looked on in wonder as the Earl ran away with the victory. 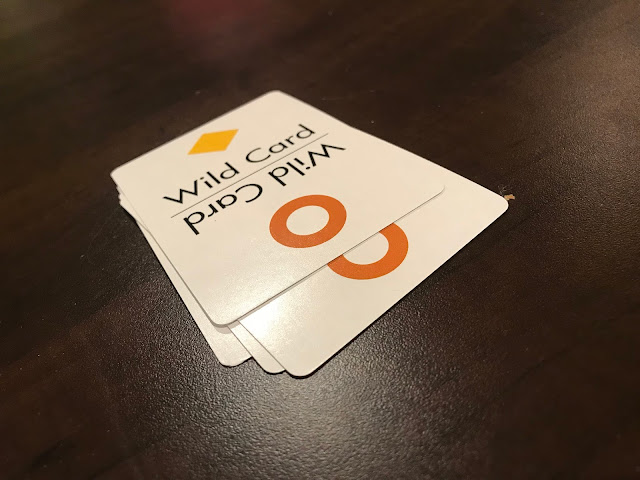 THEN did they play Anomia with tongues tied; 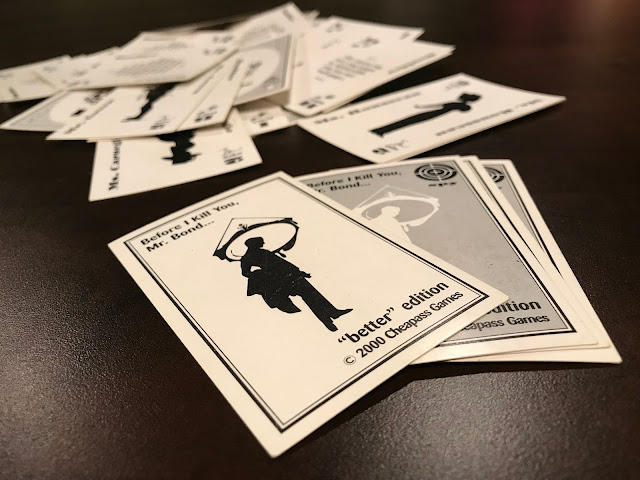 AND THEN, did they imperil Mr. Bond and other agents secret as the sun waned and moon waxed.
Posted by Earl J. Woods at 5:11 pm