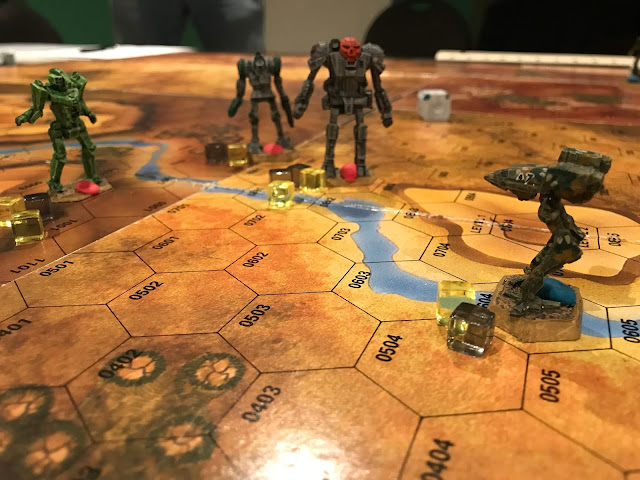 The final days of G&G are always bittersweet, as our revels now are over...or about to be over. I was pretty pleased this year with my Battletech performance; I actually managed to contribute to our team's victory, and didn't get killed until the very last moment of the game. That's a much better showing than last year, when I killed myself by overheating. 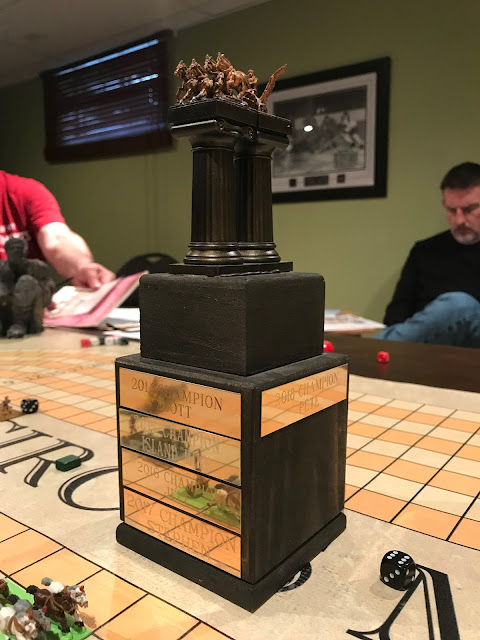 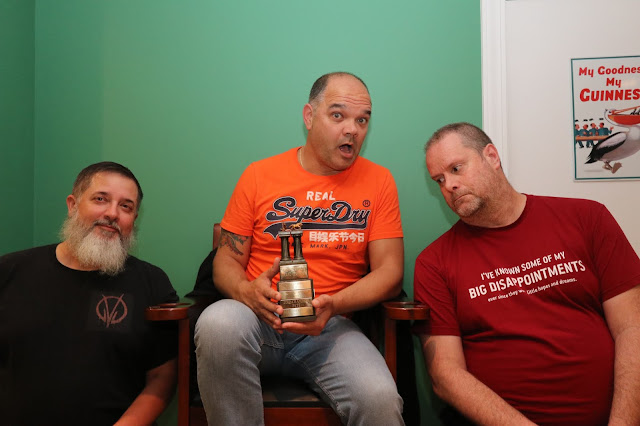 Jeff took home the covered G&G Circvs Maximvs trophy for the fourth time, with Mike T and Mike P nipping at his heels. I tried to take more risks than I usually do, and wound up flipping my chariot for my pains, resulting in a DNF. Maybe next year... 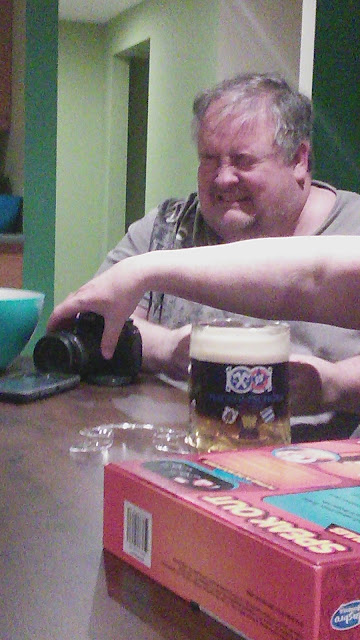 After midnight, we finally got around to playing Speak Out, the game where everyone jams a plastic device into their mouth and struggles to say certain phrases coherently. The prospect filled me with so much glee that I had a protracted laughing fit before the game even began. Mike Totman captured my paroxysms.

I'm happy to have contributed to your blog.

BTW, Scott told me that upon reviewing the rules, your mech didn't need to blow up, as only critical hits set off the ammo. All you got was regular penetrating hit to the torso.