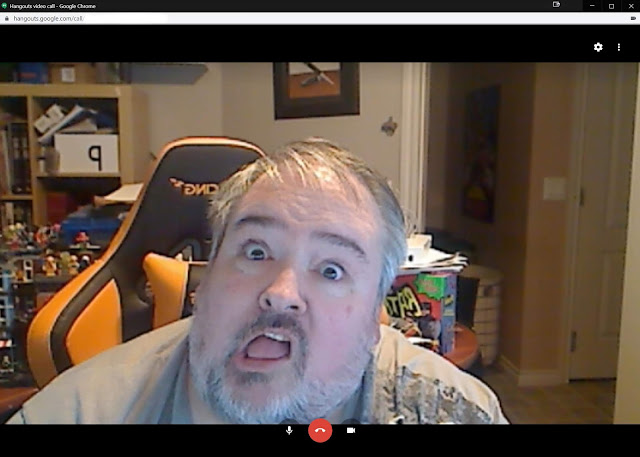 Late last night, my PC started to trill unexpectedly. It took me a moment to realize that I was being invited to a Google Hangouts meeting that included several of my best friends. Those same friends are attempting to overcome the logistical and technical hurdles of organizing a Dungeons & Dragons campaign networked across three time zones, and last night was their valiant attempt to get me hooked in. Theoretically, using Google Hangouts is pretty simple, but for whatever reason, despite the loan of a solid camera from Pete and Mike remoting into my computer to lend his technical expertise, we could not get audio and video to work consistently for me--until I plugged in my headset, which somehow miraculously activated the camera and allowed everyone else to see (and hear) me. We already knew the camera was active, as it was displaying me at my desk, but somehow adding the headset (which does not include a camera) triggered some software magic to make me visible to everyone, and them to me.

So it looks like the system works, if in a rather strange way. I was rather touched by the outreach and the trouble everyone went to, and I can't wait for the start of the campaign!
Posted by Earl J. Woods at 12:11 pm