Superman at the Great Barrier 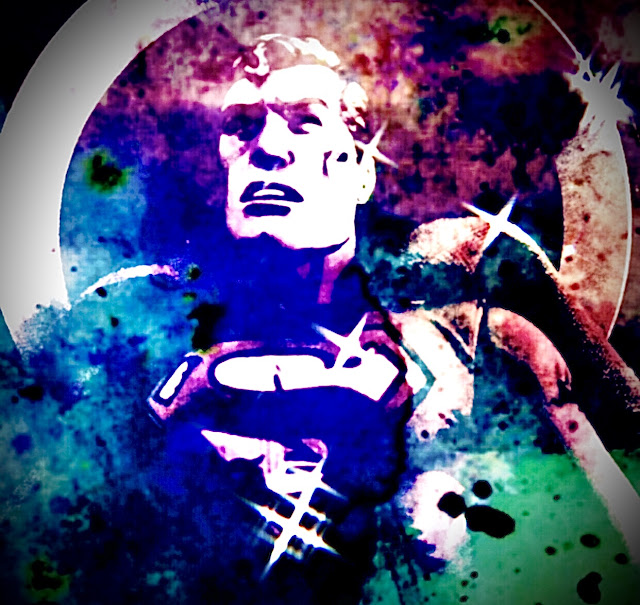 "Bones, why does he look like that?" Kirk gestures manfully at Superman's face, in which are embedded two silver half ping-pong balls where his eyes used to be.

"My guess it's a latent effect from exposure to gamma-delta radiation. It doesn't seem to effect his vision, which if I may say so, is super."

Kirk looks at the medical monitor. Superman is flipping through the pages of the ship's library at incredible speed. "He seems to be reading at his normal rate."

"He probably won't try that until next week, when we are scheduled to visit Flint's planet," Scotty presumes.

Kirk rubs his jaw with maximum virility. "Yes, but those eyes. They keep... staring. Can't you do something about that?"

"We could try giving him these eyeglasses." McCoy fishes a pair of spectacles from his desk drawer.

As always the true gold is in the comments. I didn't want to say anything until I'd finished Jedi Superman, but my next crossover project will be Where No Superman Has Gone Before. I wasn't planning on using the great barrier story, but now I wonder...