No, I Expect You to Lie (Down on This Comfy Table) 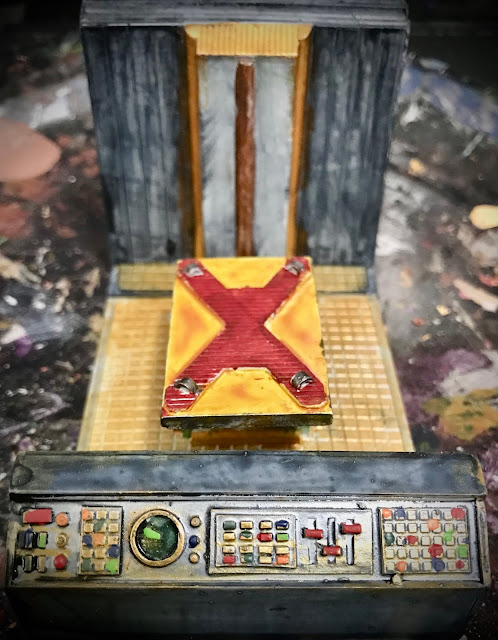 This was a fun little set to paint. Imagine you're a secret agent that's stumbled upon this puzzling contraption as you're infiltrating the underground lair of an evil syndicate planning to take over the world . . . 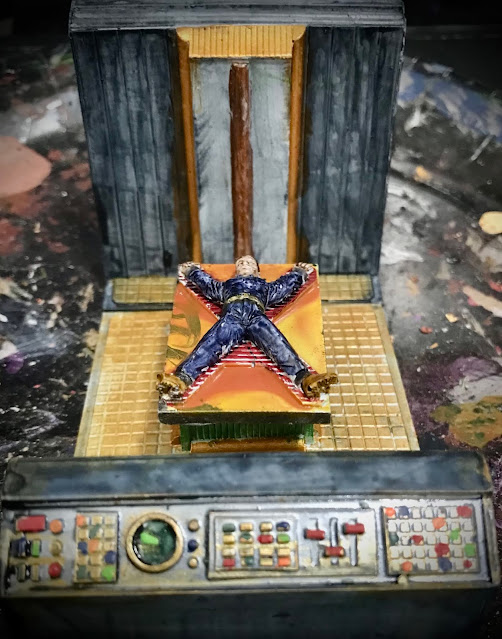 . . . and then you discover, to your peril, that the contraption was mean to dispose of meddlers like you!

The one thing this set is missing is and actual projector for the laser beam meant to chop secret agents in half. I think the idea is that the strip at centre rear is a collimator band for the laser, but I like the old-fashioned ray gun/tv camera-looking thingee from Goldfinger. Maybe I can kitbash something and attach it.
I do love that the model creators included two tables, one with an agent, one without. They also included three secret agent heads to choose from! Now I have two extra heads, already painted and ready for when I have two extra bodies lying around.
Posted by Earl J. Woods at 10:35 pm