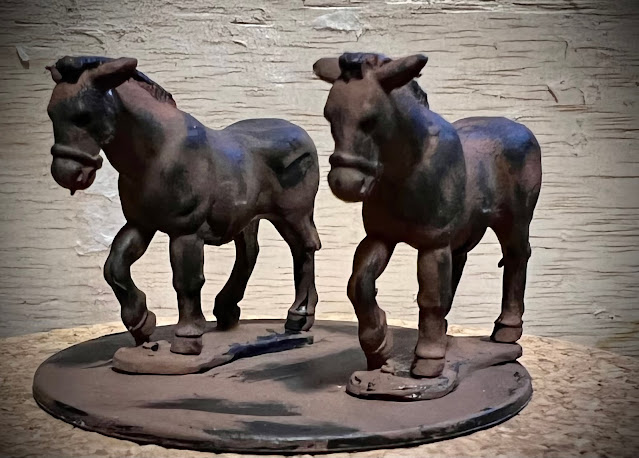 This pair of pack animals is part of a set of three miniatures; a prospector comprises the missing third. I put these ponies on a base together to make the final miniature a little easier to handle. I probably should have used a larger base in order to get all three on one solid footing together, but...what's done is done.

I began by giving the ponies a basecoat of mixed rust-brown colours, then drybrushed them black. I'm feeling now that I should have done it the other way around. Or maybe the drybrush layer should have been white . . . ? Maybe I'll try that. I have to fix the hooves anyway, and an off-white seems sensible for those.
Posted by Earl J. Woods at 6:43 pm