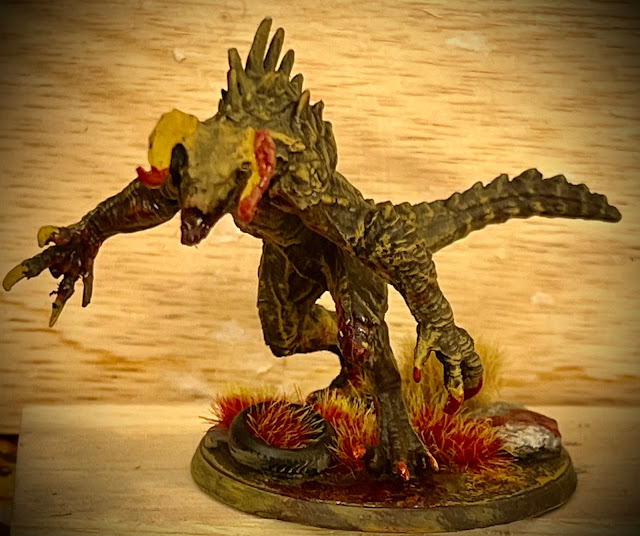 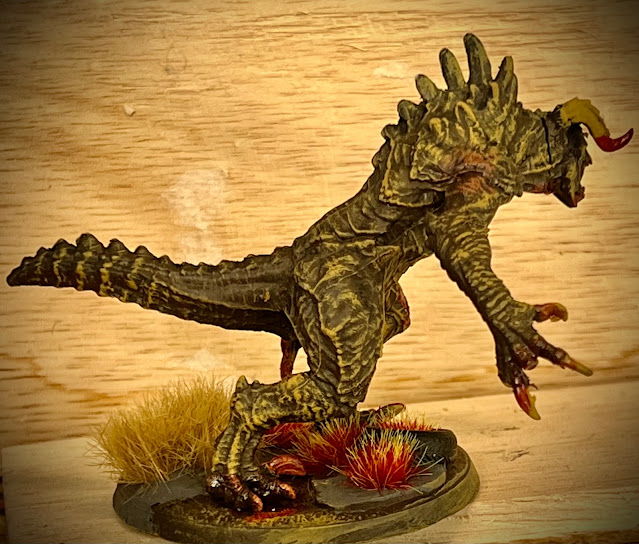 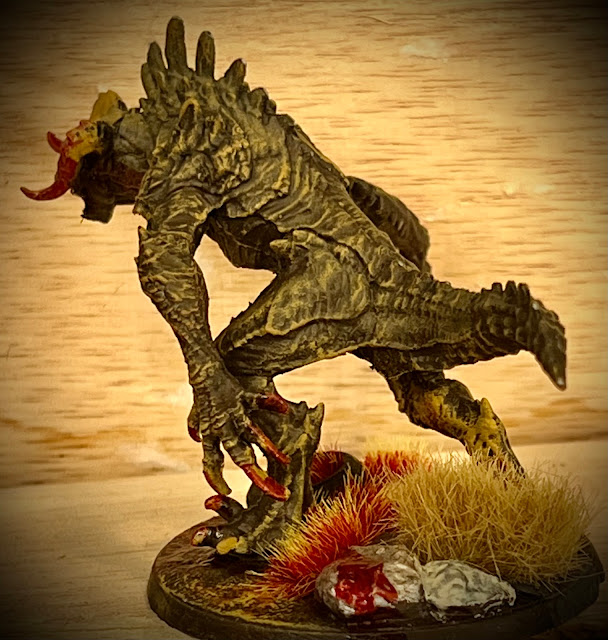 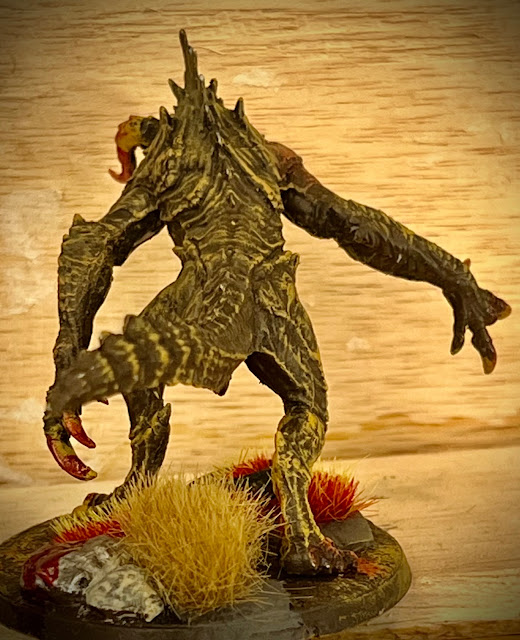 Here is the first model I've painted after Jeff sent me some new pointers. While I'm still using my old brushes and not the ones Jeff recommended, I did my best to follow a couple of key tips: put less paint on my brush and cover the model in many coats instead of rushing and trying to cover the model in one thick coat. I applied the same thought to drybrushing, taking more time to ensure my brush was virtually free of paint before applying. If you look closely, you can see that I started with the legs and still had a bit too much paint on my brush. The tail, torso, and arms are much closer to what I envisioned. I also used the same two paint colours on the base, the idea being that perhaps this creature has evolved to resemble its surroundings. The effect is muted a bit by the shrubs and rocks I added to the base.
You may note that the model is missing a talon on its right hand. Rather than glue it back in place, I decided to add some Green Stuff World true blood to the stump and palm to suggest a wound. Then I added some more blood to the other claws and some on the creature's horns and body to imply the results of a fierce battle.
For my own part, I think this represents an improvement over my last few paint jobs. Of course, any faults remain my own; they're not due to Jeff's advice, only in my failing to apply it properly.
I'm calling this a New Vegas deathclaw because I tried to give it a colour scheme of sepia-ish tones to match the its computer game counterpart.
Posted by Earl J. Woods at 4:10 pm