The Adventures of Allan Lad 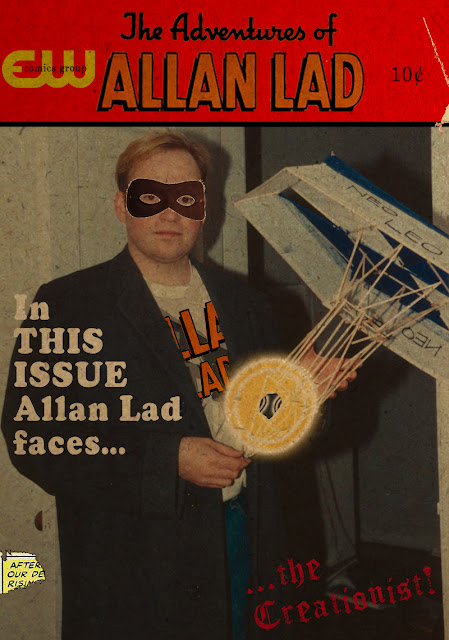 Back in the late 40s/early 50s DC produced a short-lived comic featuring the fictional adventures of real-life movie star Alan Ladd. Something about the double consonant in Ladd struck a chord. My friend Allan has two ls in his name, so I stole Ladd's second d, transformed it into an l, and turned Alan Ladd into Allan Lad, presumably a member of the Legion of Super-Heroes. I imagine Allan Lad's powers would be sarcasm, sardonic humour, logic and computer hacking.

A couple of days ago Jeff Shyluk posted a very useful tutorial showing Photoshop users how to give artwork an artificially aged look. I've used some of Jeff's techniques here, though not all of them; I had a hard time making the half-tone layer look right.
Posted by Earl J. Woods at 3:41 pm