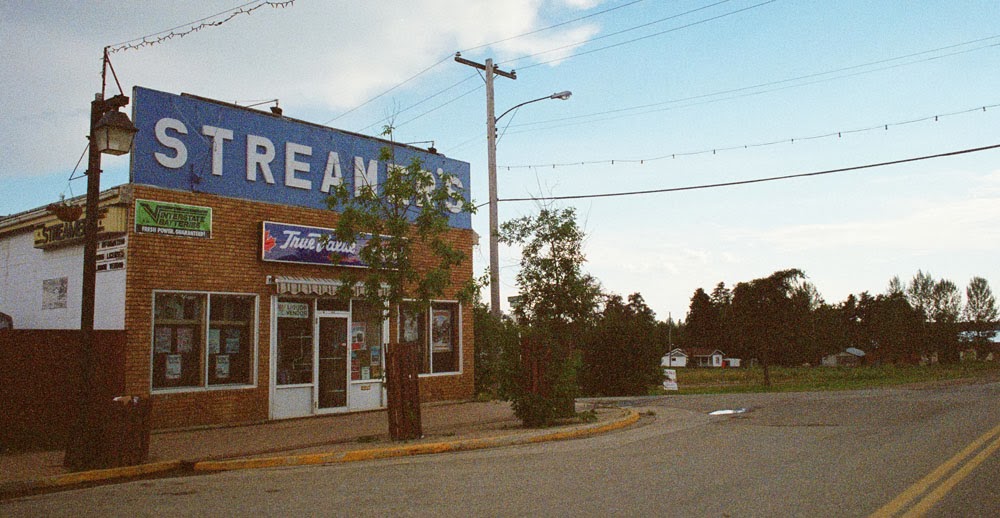 My cousin David Newton called my attention to this Winnipeg Free Press story about Streamer's, the independent hardware store in Cranberry Portage, Manitoba, where my grandmother lived until her recent move to nearby Flin Flon. When we lived in northern Manitoba, our stops to visit Grandma in Cranberry Portage were often punctuated by visits to Streamer's, usually to pick up fishing equipment. I took the photo above in 2006, when I drove Sylvia up to see Leaf Rapids.

According to the Free Press story, Streamer's has been around since 1928. Not bad for a small store in a tiny community on the edge of the edge of nowhere.
Posted by Earl J. Woods at 11:51 am