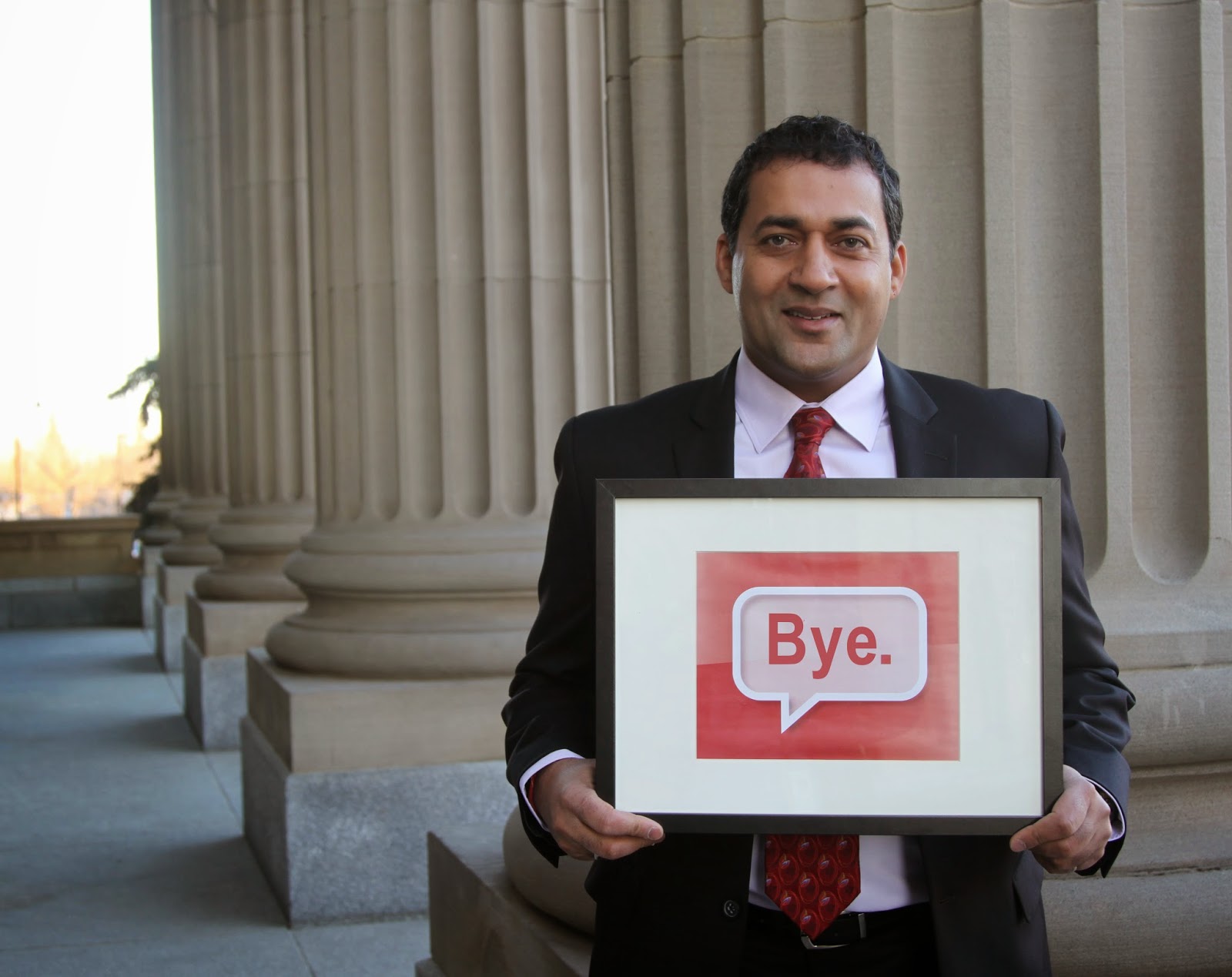 It's easy to forget it now, but once upon a time Dr. Raj Sherman was perhaps the best-known politician in Alberta, back when he was a rabble-rousing backbencher in Premier Ed Stelmach's Progressive Conservative caucus. Raj defended public health care with great passion and sincerity, and he paid a heavy political price for it.

Raj was the third and last of the three doctors I worked for who led the Alberta Liberal Caucus, once Alberta's Official Opposition, now, it has to be said, a small rump third party. (The first two were Drs. Taft and Swann.) I didn't work with Raj as long as I had with either Kevin or David, but I got to know him well enough to say that his heart was in the right place and he really cared about Albertans, particularly the vulnerable. In a province that vilifies Liberals, Raj took on the challenge of the hardest, most thankless job in Canadian politics, and for that alone I think he deserves thanks.

I shot the photo above on February 1, 2012, a few months before leaving politics behind. It was a pretty nice day for February in Alberta, and Raj was patient and pleasant as I fought with the light; I'm an amateur photographer, not a professional, and I appreciated his forbearance.

Today Raj resigned as Leader of the Alberta Liberals. Whatever he does next, I hope Dr. Sherman finds happiness and fulfillment. He tried to build a better Alberta, and I think that's pretty noble.
Posted by Earl J. Woods at 6:54 pm