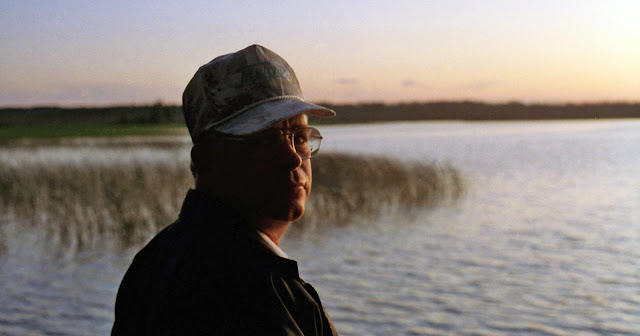 Today we said goodbye to Dad.

Back in September, Sylvia and I travelled to New York. We saw Mom and Dad the weekend before we left. We didn't know it then, but Dad was feeling the early symptoms of late-stage pancreatic cancer. Aside from a loss of appetite, he seemed hale and hearty enough.

On our last day in New York, Dad texted to say he and Mom couldn't pick us up at the airport because they had to head into Edmonton for some medical tests. On our return, we found out about the cancer. By the time I went back to work the following Monday, Dad collapsed at home and had to be hospitalized. Around a month later, on November 3, he was gone. Mom, Sean, Sylvia and I were there in the final moments, along with family friends Robbie and Janice Huggin.

Dad's illness came so suddenly that I think I'm still in shock--a state of angry disbelief that has persisted since the day he died. Up until just a few days before he passed, we were confident that the expert surgeons at the University of Alberta Hospital could save him. And Dad very much wanted to live; he maintained an inspiring, upbeat attitude as long as he could, almost to the very end.

I'm finding this event almost impossible to process, and I've lost sight of what's appropriate to write and share. I'm terribly worried about my mother and brother, and I feel sad and lost to the core of my being. Dad wanted to live; he was healthy, active, as quick-witted as ever, and he had things he still wanted to do.

Dad was unconscious the last four or five days of his life. The last thing he said to Sean and me was as he and I were leaving the hospital one evening. We said we'd be back the next day, and just as we left his room, Dad called out "Sean!"

"You forgot your jacket," Dad said. Sean grabbed his jacket, and we reiterated our promise to return. And we did, but we never spoke with him again.

To the very end, you see, Dad was looking out for us, like he did with everyone in his life, from his parents, his wife, his sons, his customers, his friends. Dad had a well-deserved reputation for integrity, honesty, and compassion. His moral guidance, and Mom's, shaped the course of my life for the better.

I've never told anyone this, but a couple of years after I graduated from university, during the dark time when I couldn't find a decent job despite sending out hundreds of applications, I broke down in despair in the truck as Dad and I were driving home from Edmonton. I don't remember our exact words, but I expressed how worthless I felt, and how sure I was that I'd never amount to anything. Dad immediately set me straight, and confidently predicted that my career would turn out just fine.

And he was right. Dad helped me realize that if I wanted to be a writer, I just had to write until I got good enough that someone noticed. I've been in communications now for 20 years, and Dad gets a large share of the credit.

Dad's life was so big and boisterous that I'll never be able to do him justice with words. I'll have more to say about Dad in the days to come, but for now my thoughts are whirling into incoherence. My world has gone off-kilter.

I'm very grateful to the many people who have sent their thoughts and condolences over the last few days, and to those who came to Dad's celebration of life in Leduc earlier today. I'm afraid I haven't had sufficient focus to respond to your very kind gestures with the time and energy they deserve, but please know that I am indeed deeply moved. It's going to take a while to regain my equilibrium.

Finally, thanks to Dad for being the caring, wonderful, respectful, and inspirational father he was. I was always impressed by the depth and breadth of Dad's talents--he was a figure skater, hockey player, baseball player, race car driver, crokinole crack shot, curler, public-spirited citizen, people manager, and poet--but his character, his genuine, gentle, open-hearted soul, is what I loved most.