The Films of Mark Pirro 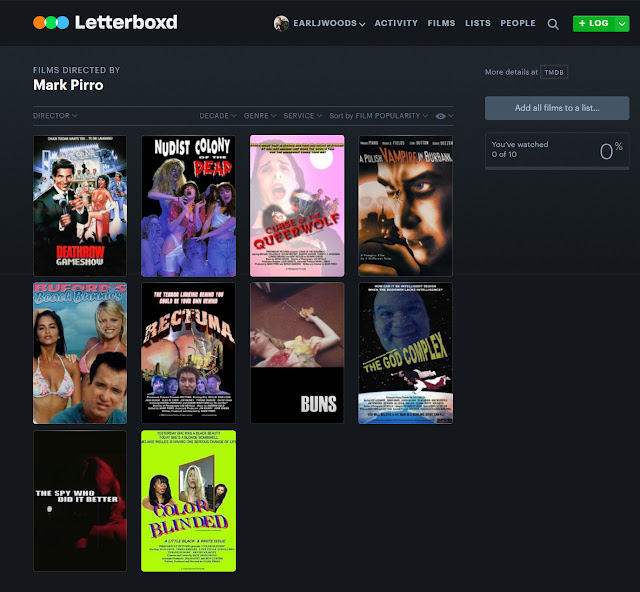 Years ago, Pete told recalled his experience of Deathrow Gameshow, a film he described as perverse and hilarious. On a whim, I decided to search for the film's director on Letterboxd. I expected that anyone who directed something called Deathrow Gameshow might have a strange filmography, but I wasn't expecting Nudist Colony of the Dead, Curse of the Queerwolf, Buford's Bikini Buddies, A Polish Vampire in Burbank, or Rectuma ("The terror lurking behind you could be your own behind!")

Clearly Mark Pirro knows exactly what kinds of films he likes to make, and he sets out to make them.

Ahh, the things we find when we are not expecting them. On a comedy show we enjoy watching we discovered a hilarious and goofy horror movie, "Basket Case." There is even a "Basket Case 2" and "Basket Case 3." Only having seen a few clips of the movie, I wonder if they were all that good or if they were made for tax incentives.