The Treachery of Brothers 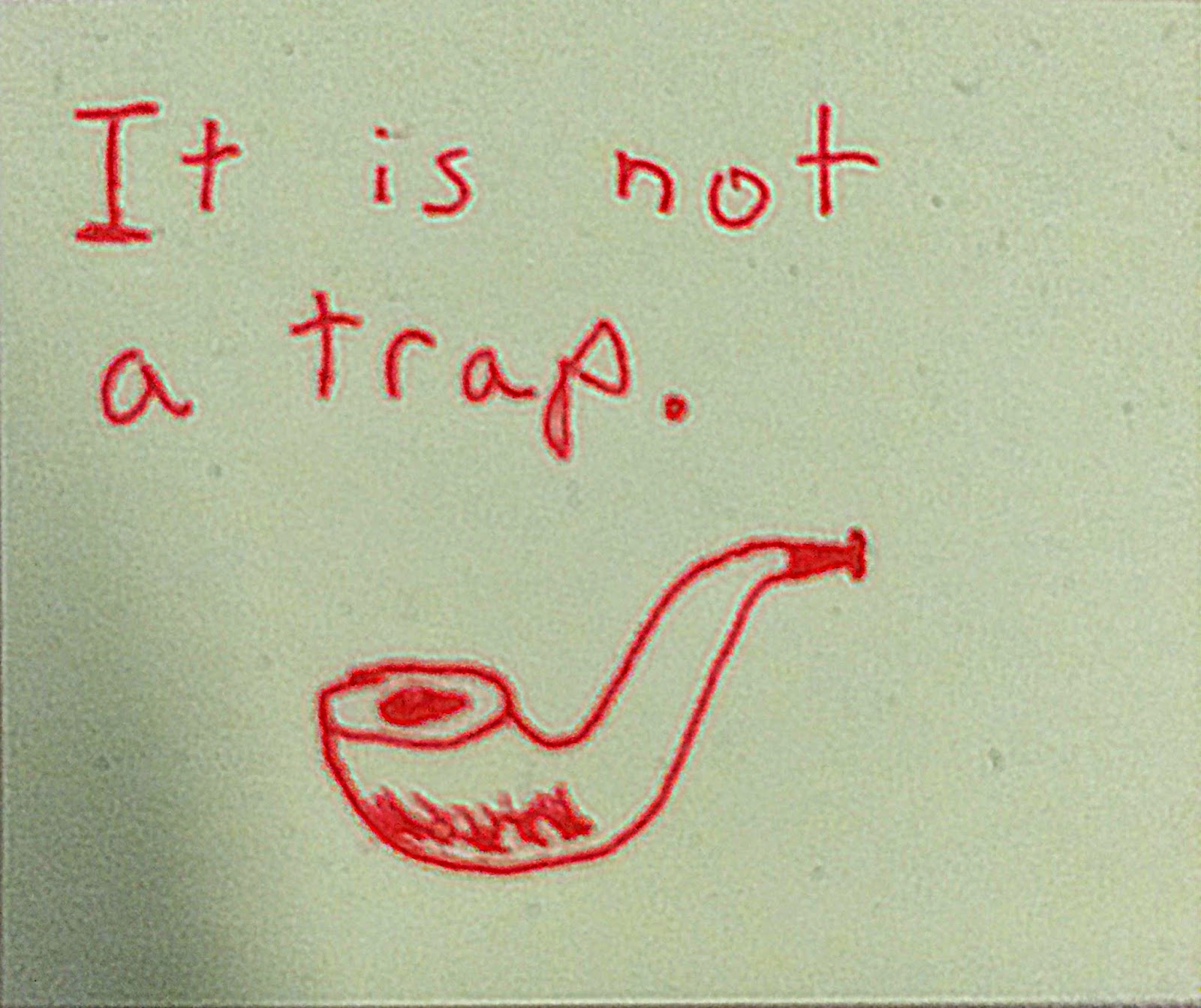 I told Sean that if I was feeling well enough he should come over to play board games after his birthday. (I'm still pretty sick, but here's hoping...)

Sean feels as though sometimes I lure him over not for his company but to cook or do chores. While it's true that some projects have been scheduled, purely coincidentally, at times he happens to be visiting, the truth is I would never deliberately take advantage of my brother. But, in response to my texted invitation, Sean replied with the Admiral Ackbar "It's a trap!" meme and demanded I prove him wrong with an amusing image.

This was my attempt. Magritte I am not, but it seems to have done the trick.
Posted by Earl J. Woods at 7:56 pm