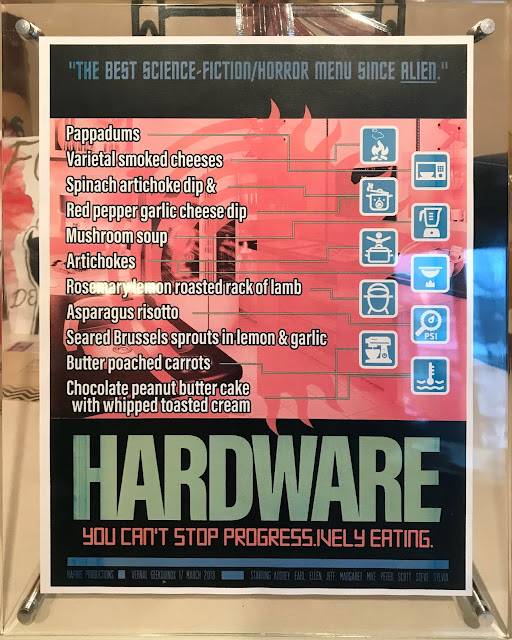 On March 17, Pete treated a bunch of us to his latest themed Geekquinox dinner: Hardware. Hardware was a terrible film, but it inspired Pete to create a dish based on each of the many cooking gadgets he's purchased over the years, as illustrated in the menu above (also created by Pete, who's a gifted designer as well as cook). 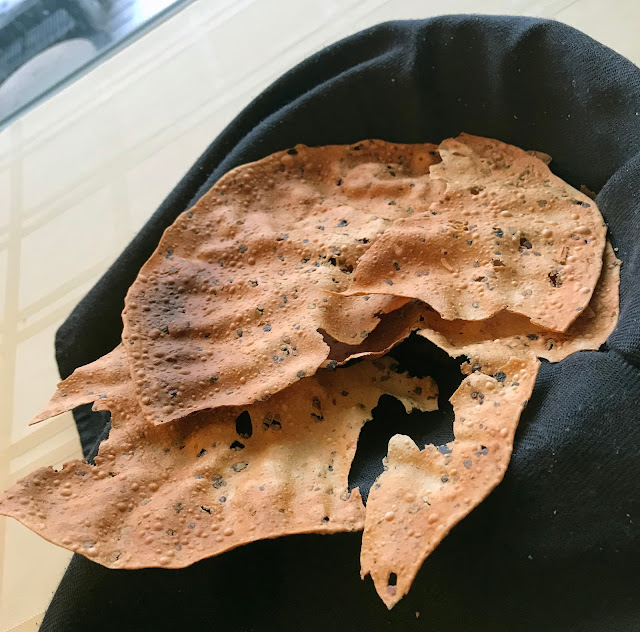 Where can one begin with but appetizers? Our feast began with crispy, spicy pappadums, light in texture but strong in flavour. 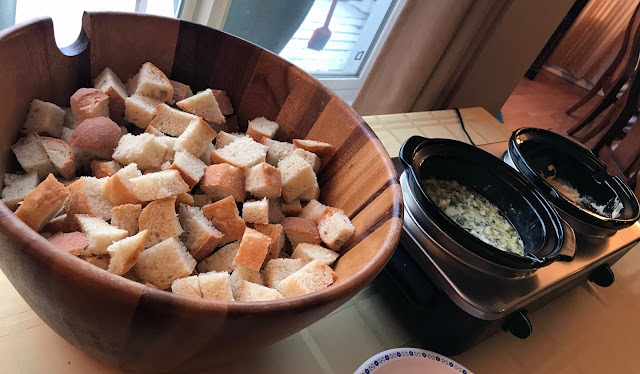 Next, a giant bowl of bread with two home made cheese dips, one mild, one spicy. I honestly can't say which dip I preferred, but if the meal had ended here, I would have been utterly content. 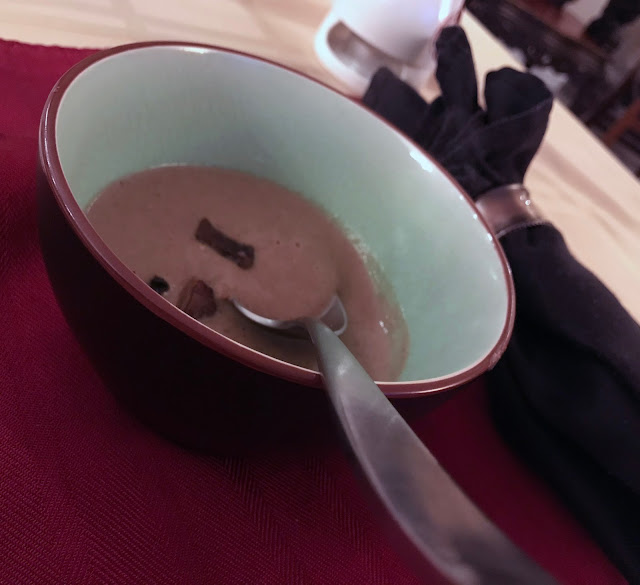 I hate mushrooms, but I make it my mission to sample one of everything at Pete's meals, and to my surprise I enjoyed Pete's spin on mushroom soup; earthy, not too strong, and savoury. 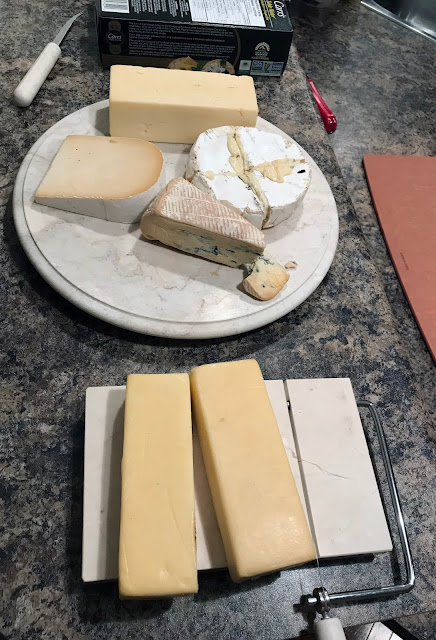 Pete smoked a variety of delicious cheeses for us. Again, this could easily serve as a meal in itself. And I want that cheese slicer! 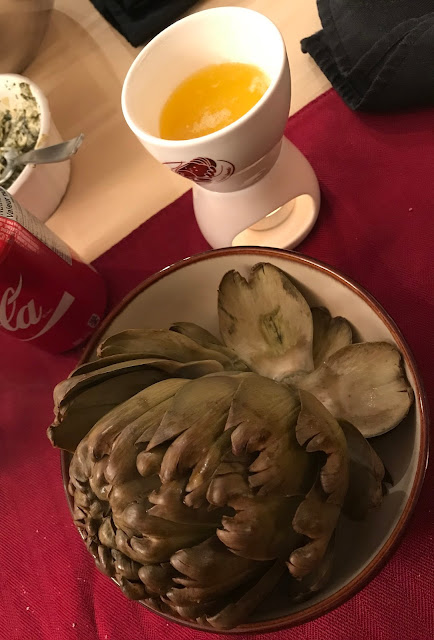 Artichoke hearts, served with butter. Make sure to eat the meaty inner leaves, not the tough outer leaves. 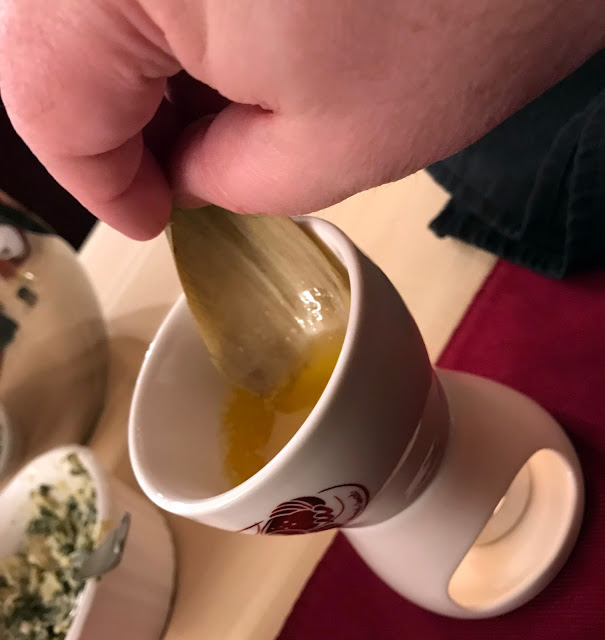 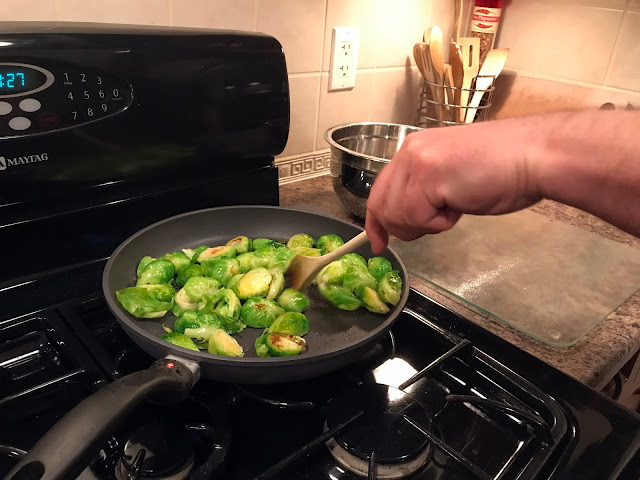 Here's Pete frying some Brussels sprouts for the main course. 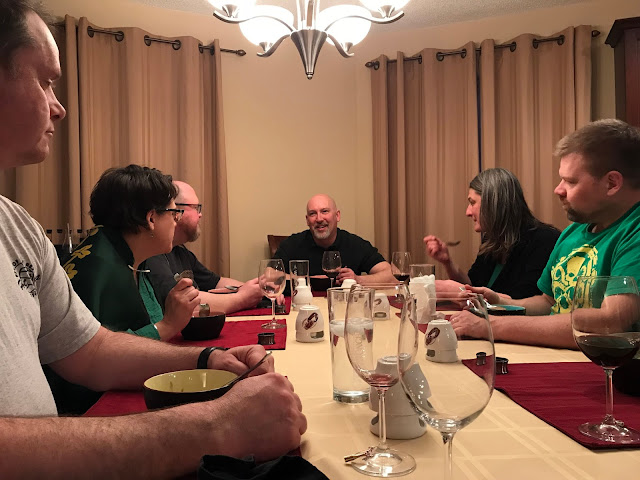 A break between courses. 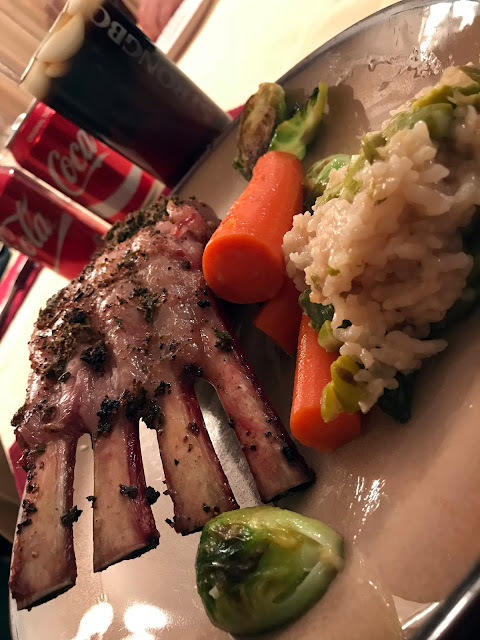 And here's the main course: rack of lamb with Brussels sprouts, asparagus, and risotto. By this time everyone was, as always, stuffed to the gills, but somehow we managed to soldier on, wolfing it down with gusto. 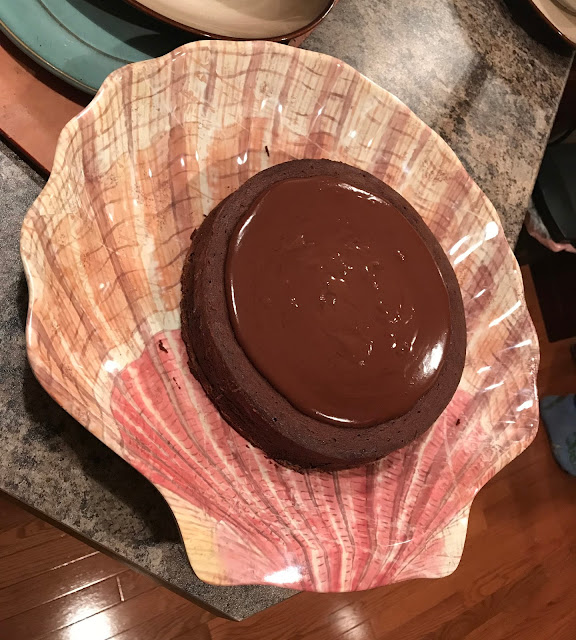 This homemade fudge cake, alas, defeated me, heavenly though it was. As much as I love chocolate, I was only able to finish half a tiny slice. So good! 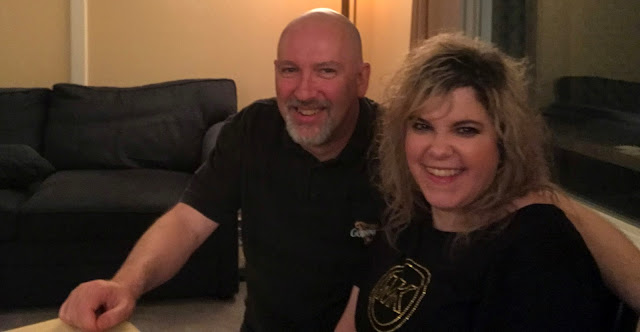 The chef and Sylvia. Once again, Pete (with essential assistance from Ellen) hosted a festive fete of feasting and friendship. A toast!
Posted by Earl J. Woods at 6:14 pm