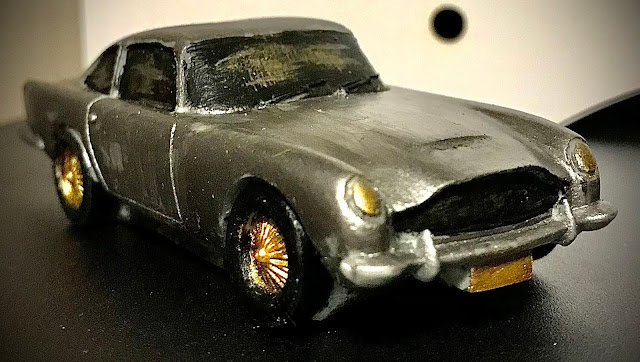 Also, here is a 28mm-scale Aston Martin I painted a couple of nights ago.
Posted by Earl J. Woods at 12:21 pm

I could see the Gilbert Gottfried Bond lasting three.