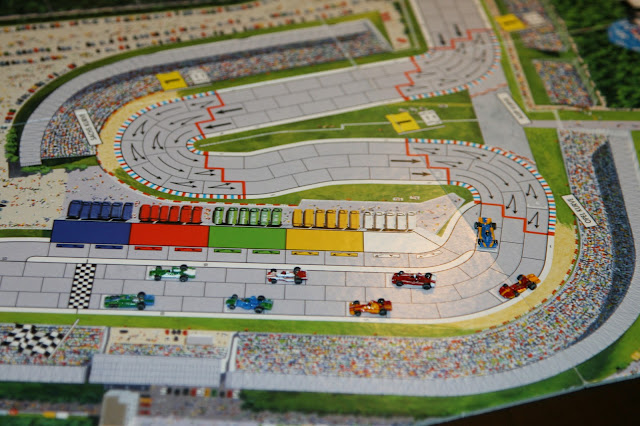 Formula De is an appropriately fast-paced racing game. We've played Formula De at G&G before, but in keeping with our habit of upping the ante every year, this time around Stephen replaced the game's plastic cars with beautiful hand-painted miniatures in authentic racing sponsor colours. I wound up with a Kool cigarette-themed green and white racer, seen here just out of pole position at race opening. 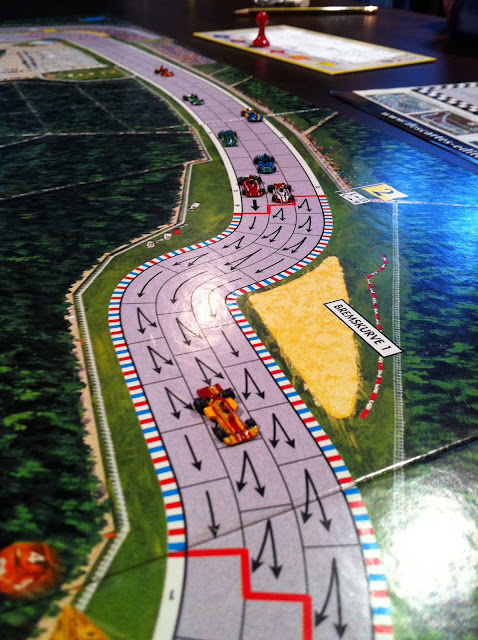 In Formula De the trick is knowing which gear to use while negotiating the turns. Take a turn like this in fifth or sixth gear and you could spin out, or worse. Steve had the lead at this point in time, but the pack is close behind. 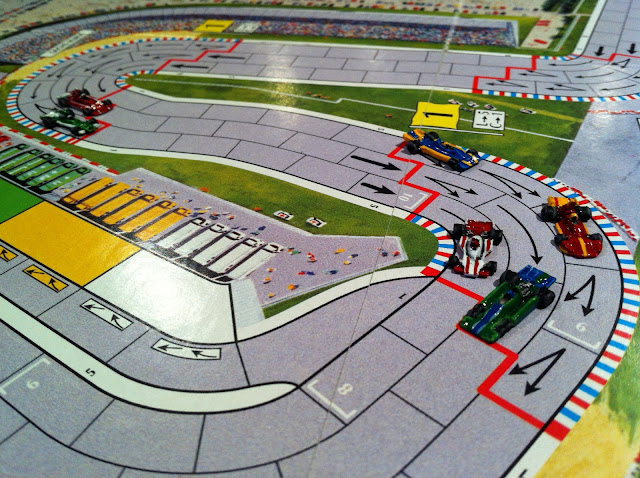 Steve's new miniatures really add to the game's aesthetic. Scott ran away with the race, rolling exactly what he needed three times in a row to get through the corners while barely slowing down. 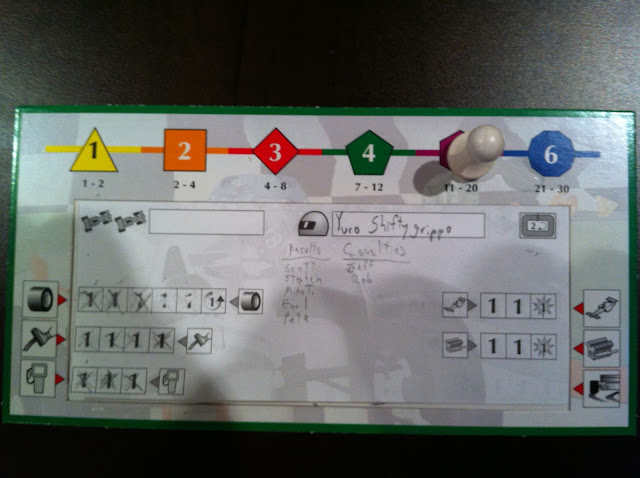 My racer, Yuro Shiftygrippo, placed either a respectable fourth or a dreadful second-last, depending on your perspective. But at least he finished the race, unlike poor Jeff and Rob, who smashed their multimillion dollar cars into smithereens. 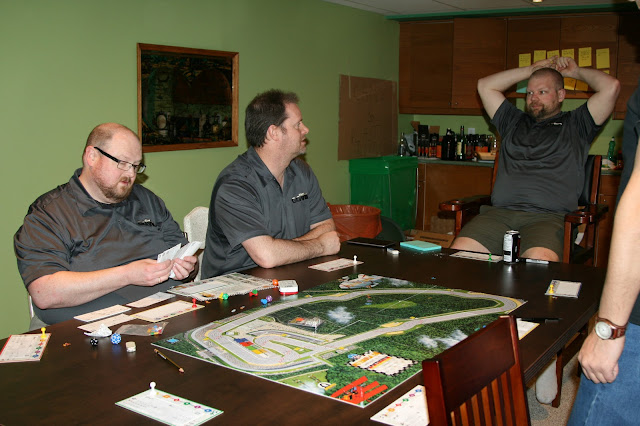 I remain astounded by Steve's new miniatures. The pictures above don't really show their small scale; each car is about the size of the last knuckle of my pinky finger. To see how Steve painted the new cars, see his blog here. 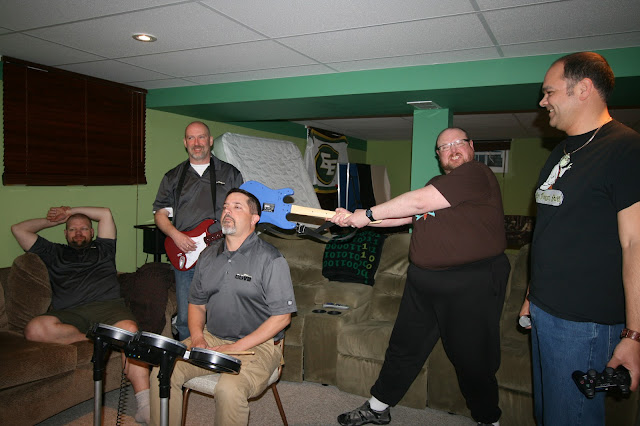 Most of the G&G crew require a little alcohol-fuelled loosening up before they feel confident enough to tackle Rock Band. Scott and I are natural hams, so we'll make fools of ourselves singing even without fortification. 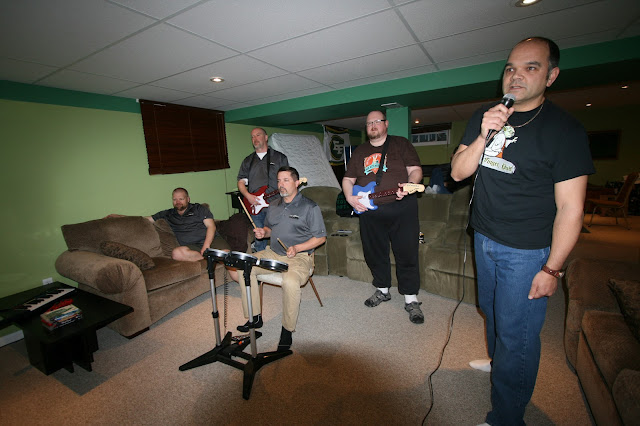 Jeff generously purchased some new songs for the group, including Animotion's Obsession. I played guitar for our rendition of that little number, but I know the lyrics off by heart and so sang along. One of the great regrets of my life is my failure to learn an instrument; when I have the leisure and the money, I keep telling myself, I'll take some guitar lessons. Rock Band gave me the illusion of belting out one of my favourite 80s hits with my friends - a wonderful experience. 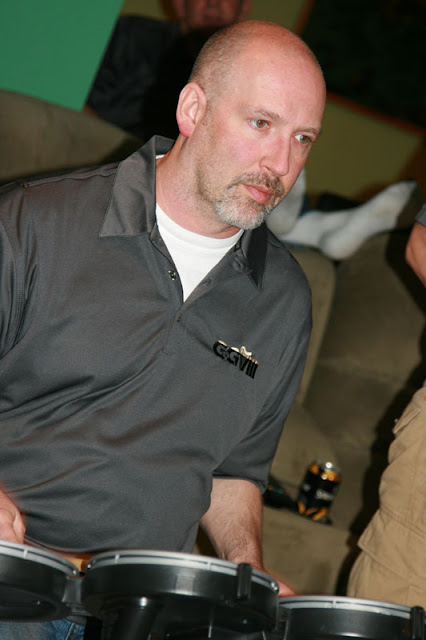 Here's a dramatic angle of Pete on drums. 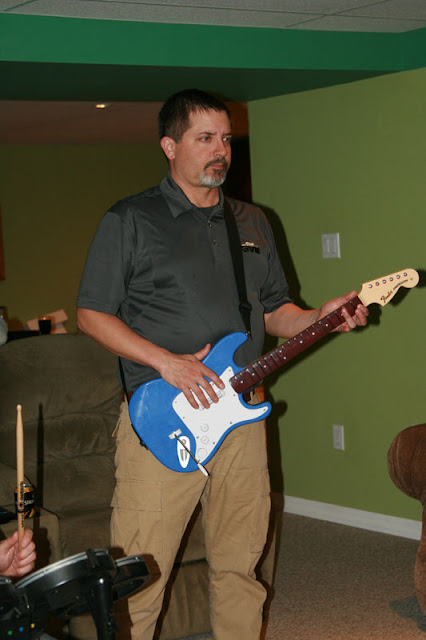 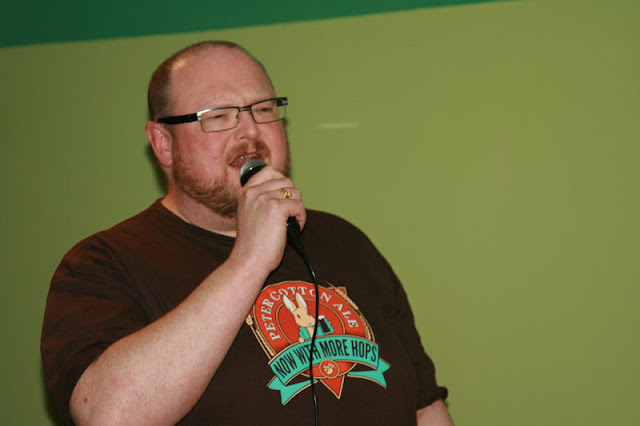 Here we are performing "Godzilla" by Blue Oyster Cult. History shows again and again how karaoke is the folly of man!
Posted by Earl J. Woods at 2:56 pm