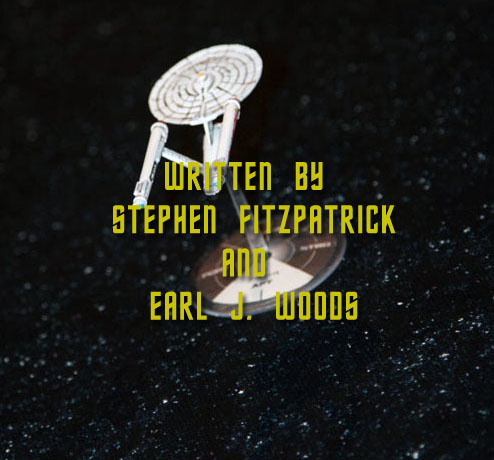 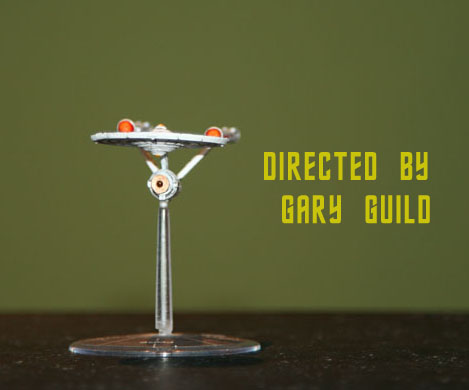 As told in previous episodes of The Earliad, we've been playing A Call to Arms: Starfleet for about a year in small skirmishes of two to four ships. Thursday's marquee G&G event has always been Warhammer: 40K, but the guys started to get tired of lugging around thousands of models - and it was time for a change. A Call to Arms: Starfleet requires each player to purchase, paint and control only one ship, a much smaller investment of time, money and effort than Warhammer. Plus, it's space galleons! 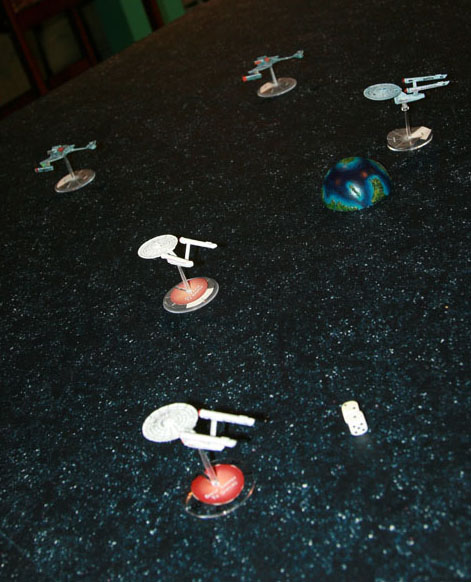 We began with a simple playtest: four Constitution-class Federation starships (captained by Pete, Scott, Rob and me) versus four formidable Klingon D7 cruisers (commanded by Steve, Jeff, Mike and Mike). 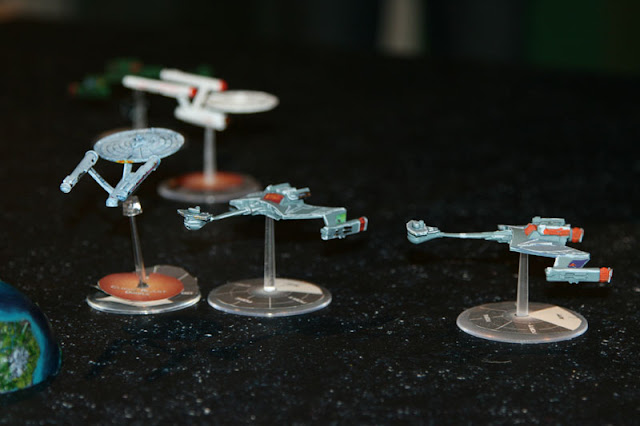 I usually play fairly conservatively, in keeping with the style of a Starfleet captain unwilling to place his crew at unnecessary risk. But for this play test I dove in with both nacelles, swooping in to take on two Klingon ships on my own. 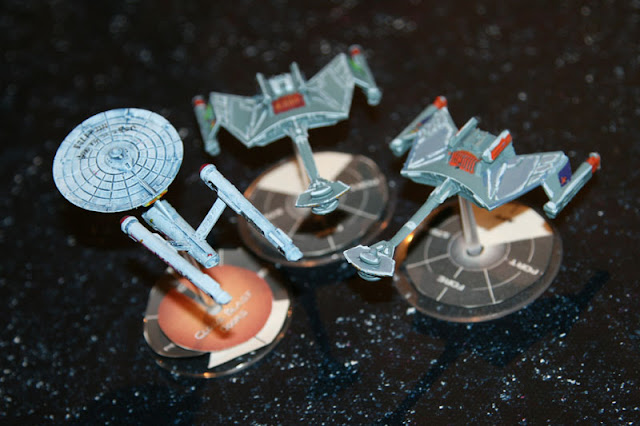 Yes, this was totally my plan and not just ineptitude. Cough. Good thing I closed the blast doors to withstand the awesome battery of close-range enemy fire coming my way. Despite foolishly putting myself into this position, I managed to cripple one of the D7s, and I got away relatively clean. 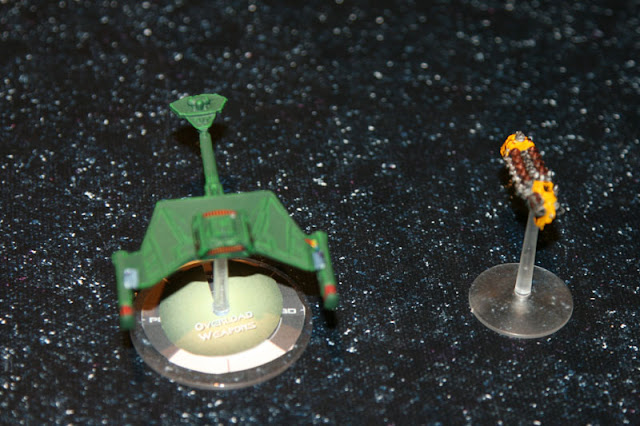 The test encounter ended inconclusively due to time constraints, but our general consensus leaned toward a narrow Federation victory. We took a short break for lunch, and to fine-tune Steve's "Shell Game" scenario, in which the Klingons were tasked with escorting four freighters from one side of the map to the other. The Federation task was to scan each freighter, knowing that one contained weapons, one Federation hostages, and two were decoys. If the Federation could destroy the weapons and rescue the hostages, the victory would be ours. If the Klingons got away with their smuggling operation, victory would be theirs. 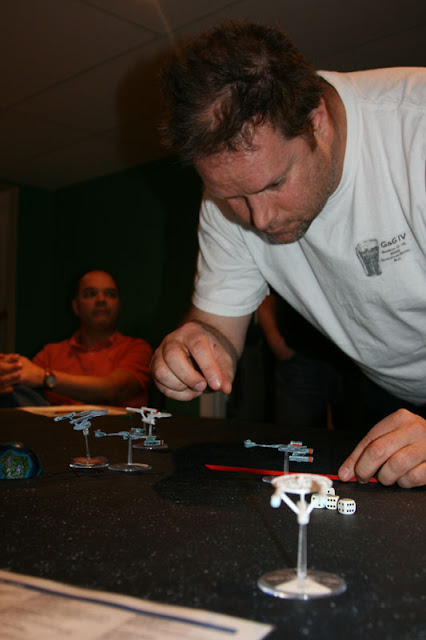 Each ship on the board is worth a set number of points. Blow up a ship, earn points for your team. More points were awarded for destroying (or smuggling) the weapons, and rescuing (or fleeing with) the hostages. 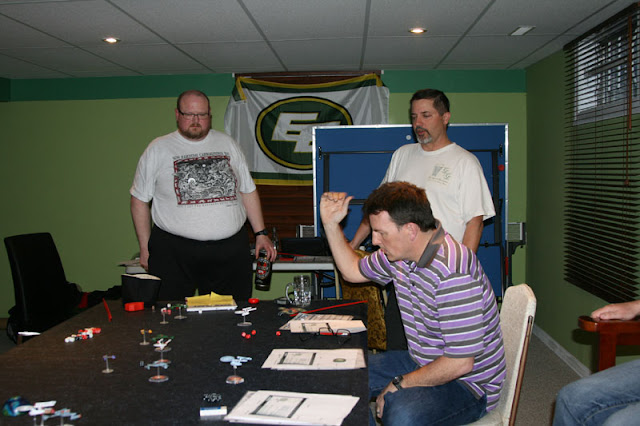 Our Federation fleet quickly discovered that time was on the side of the Klingons. At the speed the freighters were moving, it would only take a few turns for them to cross the board and escape. We had to dive in for our scans while withstanding heavy enemy fire, and there simply wasn't time to scan all four ships - we had to make our best guess. 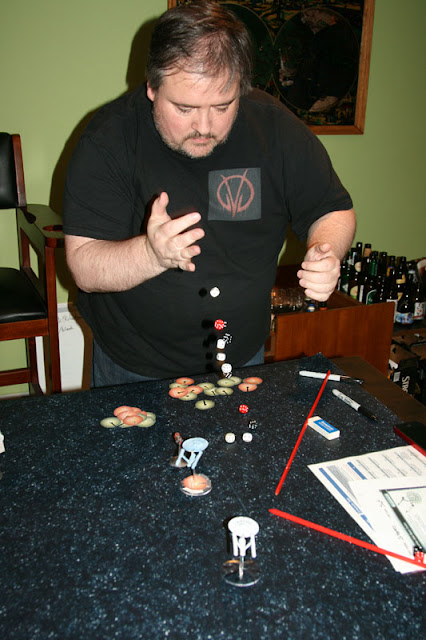 Scott and I discovered and destroyed the freighter carrying the Klingon weapons, seen here just before the Excalibur opened fire (represented by me rolling that rain of dice). But Pete and Rob were taking heavy damage. Indeed their ships were destroyed, along with the Klingon cruisers controlled by Mike and Mike. The death toll was in the hundreds. 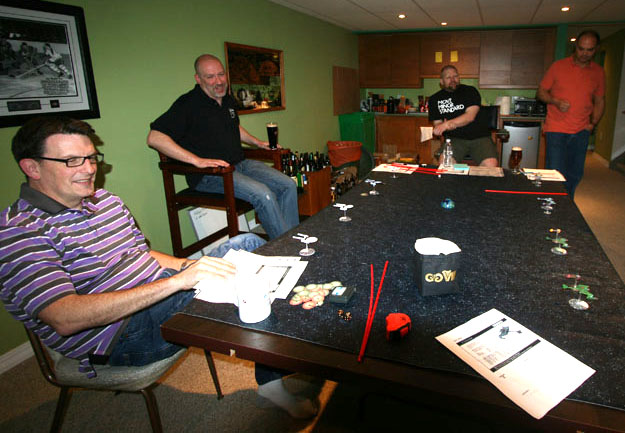 Here's how the playing field looked as the episode opened. These neat formations wouldn't last.

In the end, with two ships destroyed per side, the weapons shipment blown up and the hostage ship just about to get away, Scott and I were left with only one option: if we could destroy one more ship, we could win on points. Jeff's cruiser was crippled, but my Excalibur was in excellent shape, while's Scott's cruiser was still battle-worthy. We swooped in for the kill, but Jeff put all emergency power to warp and jumped to lightspeed in the instant before we would have opened fire. Slamming our fists into the much-abused armrests of our funky captain's chairs, we wheeled about in an effort to bring down Steve's ship - but alas, he too escaped. We lost the hostages - and with them, the encounter. Only ten points separated the victors from the vanquished. 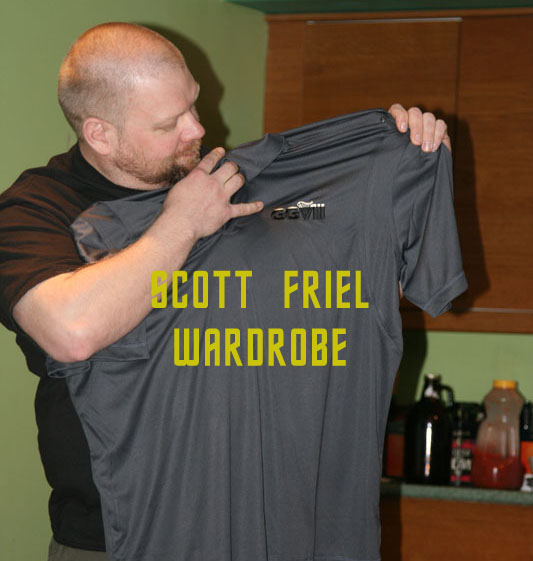 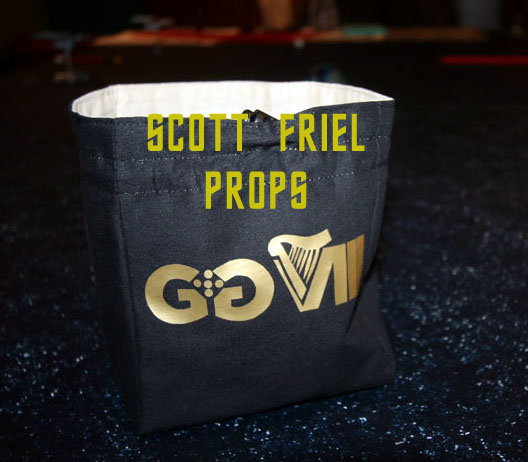 During our lunch break, Scott and I unveiled this year's swag. Scott created gorgeous, comfortable golf shirts and these custom dice bags, colour-matched to the colour of Guinness beer and its foam. 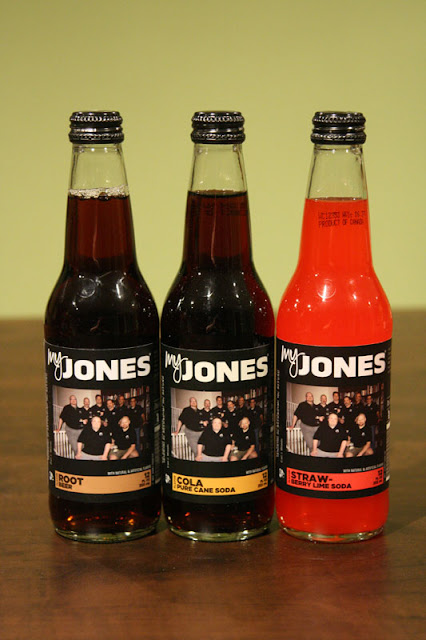 For the two teetotallers in our group and for mixers for the others, I arranged for the delivery of three twelve-packs of custom G&G Jones soda. 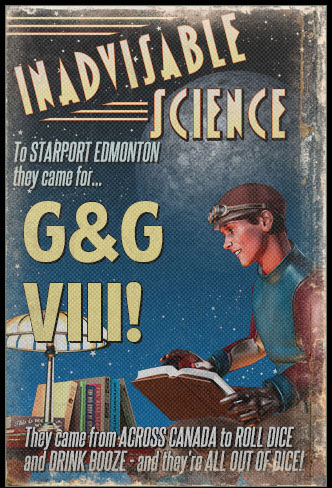 I also used the Pulp-O-Mizer website to design and print a collectible notebook, suitable for keeping score in all variety of games.The first full day of G&G VIII was off to a rousing start.

The Klingon Empire will no doubt prove to be a gracious host to its newest Federation...house guests. Do drop by for a visit, but be sure to call first; we are not responsible for the safety or well being of unannounced trespassers. The unprovoked destruction of a merchant vessel carrying tractor parts by Starfleet gangsters will be dealt with in turn, you may rest assured of that.

Also: new benchmark for swag! Well done, the both of you!

Ha ha. Actually, the ending of that scenario could present us with a follow-up: a hostage rescue, perhaps involving a base assault.

Good lord dude, that is EXACTLY where my fevered brain was heading! STAY OUT OF MY MIND XAVIER