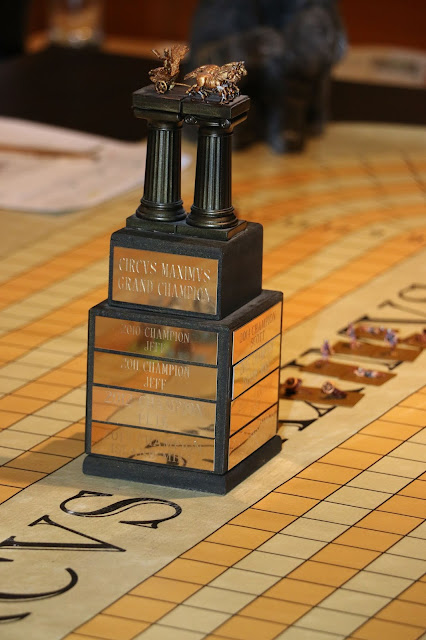 By tradition, Gaming & Guinness concludes with Circvs Maximvs, the game of Roman chariot racing. Here stands the magnificent trophy, awaiting the next champion. 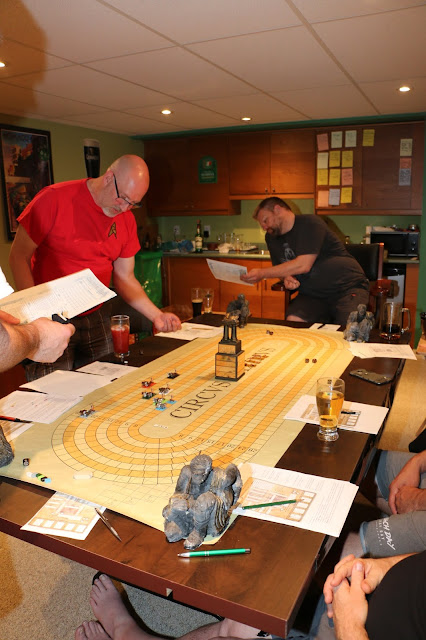 It's always anyone's race in Circvs Maximvs; while some participants have won the trophy two or three times, I think everyone else has managed to place at least in the top three.

Island Mike made a point of taking some cryptic notes:
2018-          This was bad.  Dead last with team near death at the finish; Team speed of 5 crossing the line.  Drive +2, Team +0, Endurance +2.  Slowest possible team (14), 64 or 65 endurance but rolled poorly on the whip and then jostled twice on rolls where I needed 11 (can’t complain about dice rape, reference see Pitts, Jeff)

2016-          Jeff used the heavy chariot very effectively to damage Horses.  Even a medium chariot can easily hurt the horses and reduce the team speed.  Nearly impossible to avoid this if they’re coming after you.  Any way to go to Driver +3?

o   If you want to take someone out in a hurry, go chariot on chariot?  What’s the best way to do it?

o   Side swipes in the corner COST NO MOVEMENT 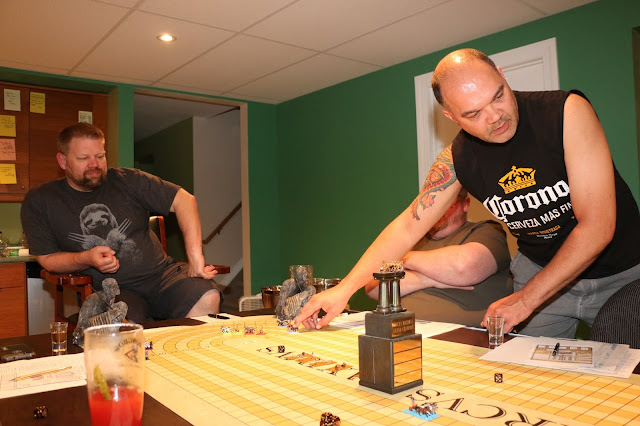 Jeff is a three-time champion, but the dice were against him tonight, even when he wasn't rolling them! Rounding a turn slightly too quickly, I sideswiped Jeff's chariot by  accident and took him out of the race. (I wound up finishing fifth.) 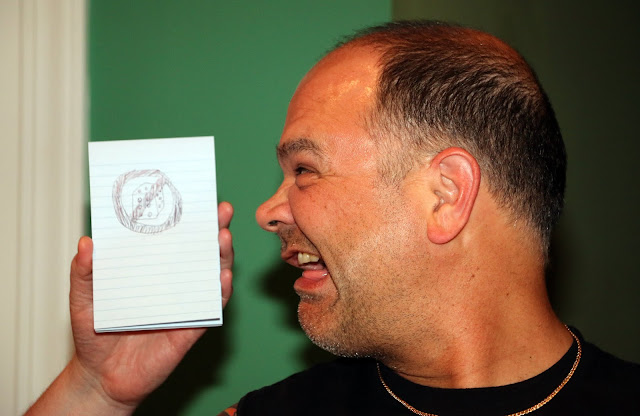 Poor Jeff. These were not his Games. 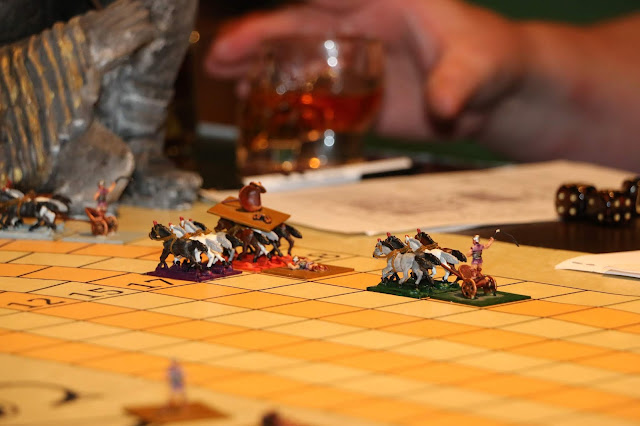 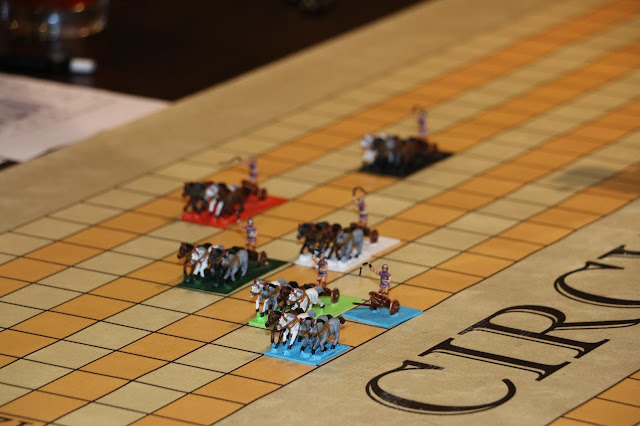 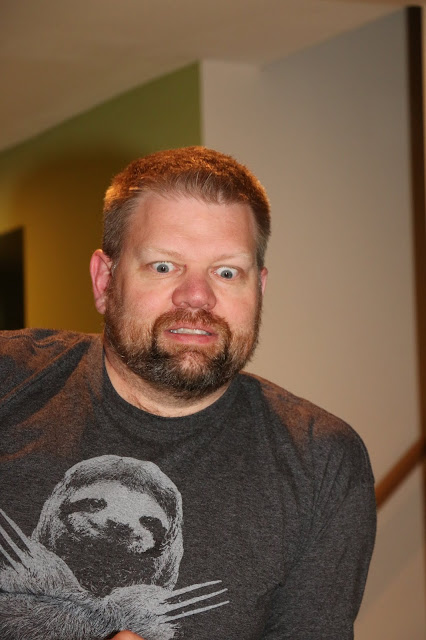 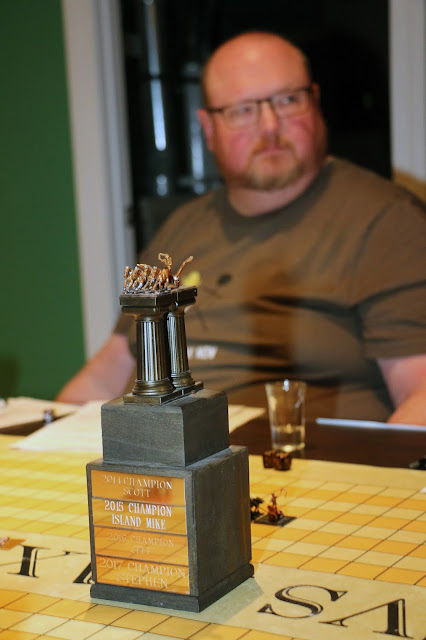 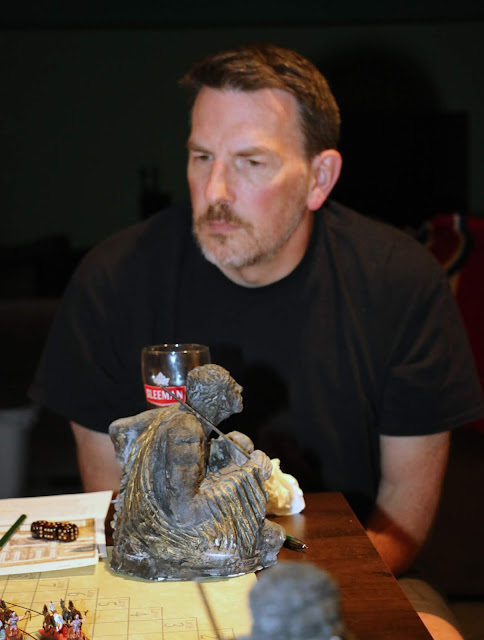 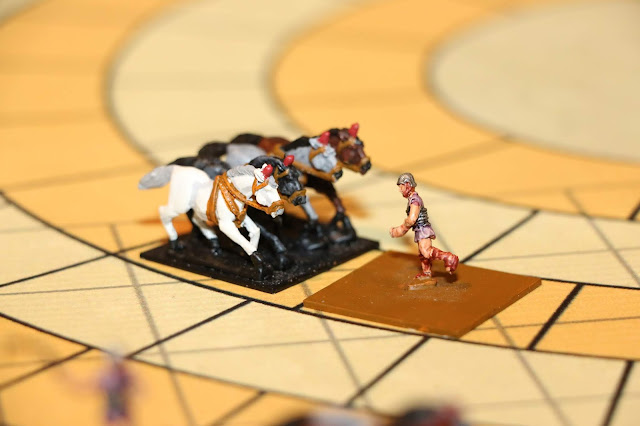 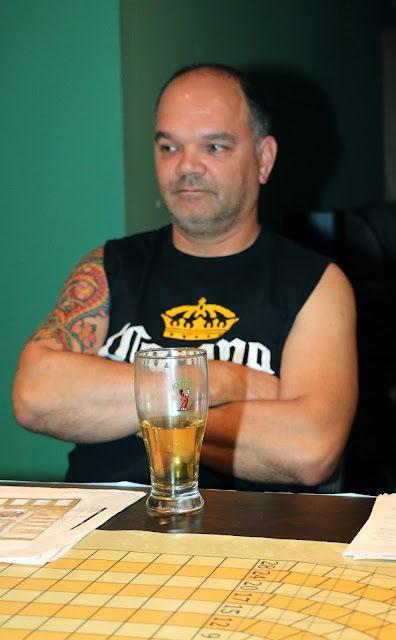 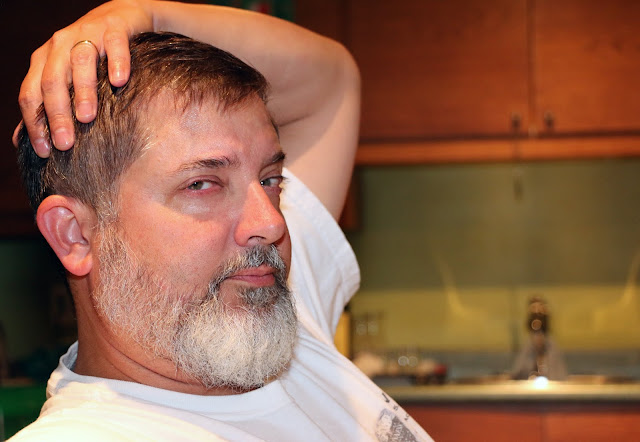 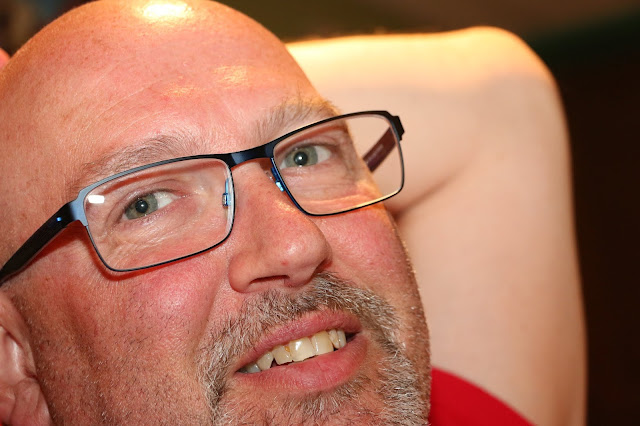 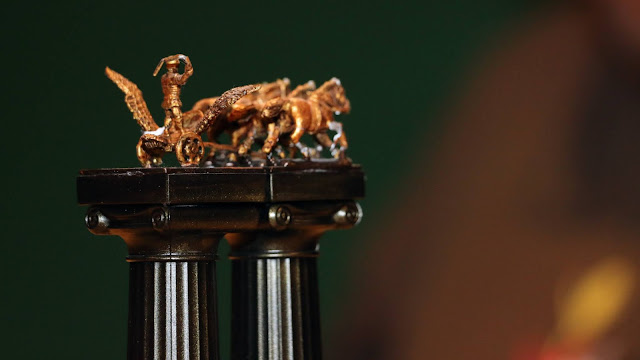 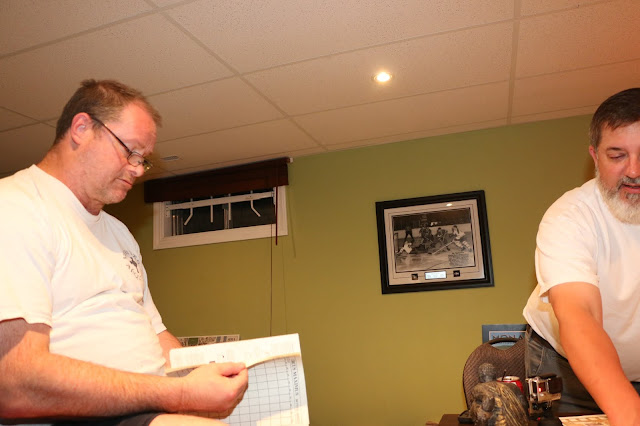 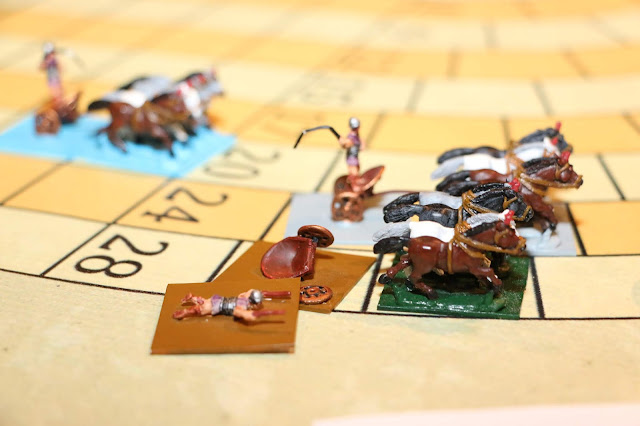 Scott's charioteer was dragged across the finish line. 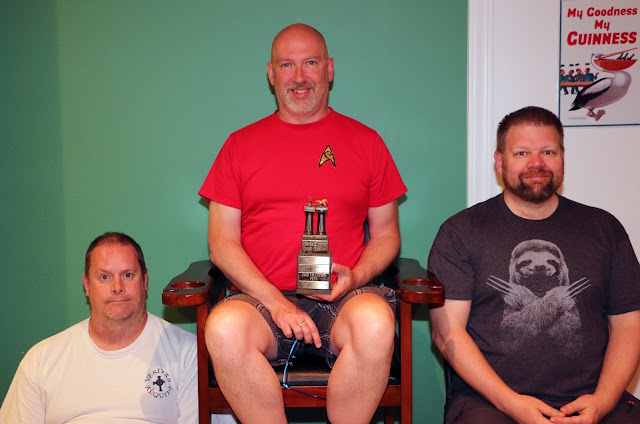 The winners: Pete, Scott, and Mike. This is Pete's second championship.

And with that, the festivities wound down, at least for me. I stayed for a round of Tee Shirt Party (a Playstation JackBox game), then retired, wiped out by my pneumonia. But it was, as always, worth it; a highlight of the year.
Posted by Earl J. Woods at 6:03 pm