Top of the World, Ma! 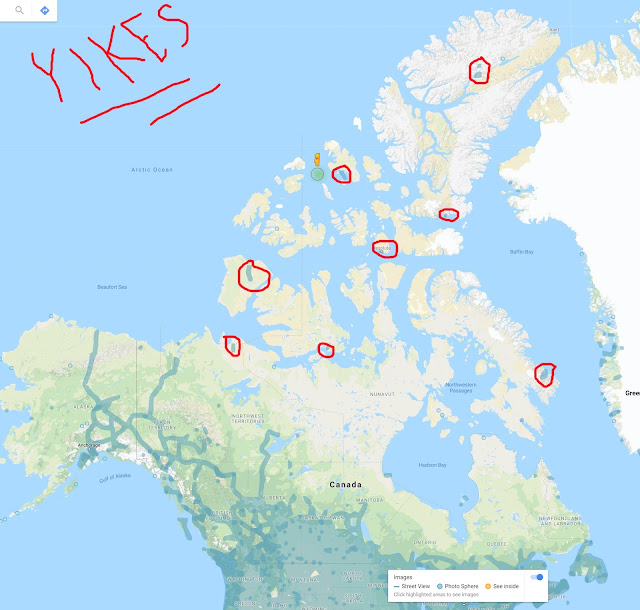 Further to yesterday's post, the whole reason I came up with the idea of building highways up to all the communities of northern Canada came about because I wanted to see if Google street view had an image of a work-related project, and when I lifted up the little man, I noticed that, somehow, there were little scraps of isolated street views way, way up north. I've circled them crudely on this screenshot. 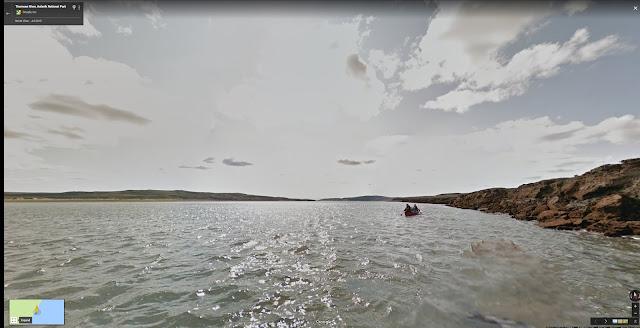 This street view shot was apparently created by some insane volunteers who, somehow, shipped their canoes and Google street view camera rig to remote Banks Island and paddled up the Thomsen River. 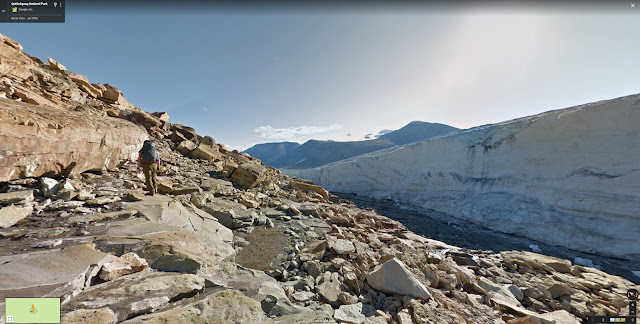 And here are a couple of backpackers who somehow found their way to Ellesmere Island, way up near the top of the map, relatively near Alert. But surely they didn't fly to Alert and then walk what looks like at least 100 km to this spot in Quttinirpaaq National Park, did they? Does Alert have a helicopter or something?

Looking at these images makes me feel a weird sense of vertigo, like people aren't supposed to be here - it's just too far away from everything. On the other hand, I can't help but wish I could fly like Superman to visit places like this - I can't imagine such trips are anything close to affordable for the average person.
Posted by Earl J. Woods at 8:45 pm

Email ThisBlogThis!Share to TwitterShare to FacebookShare to Pinterest
Labels: Travel