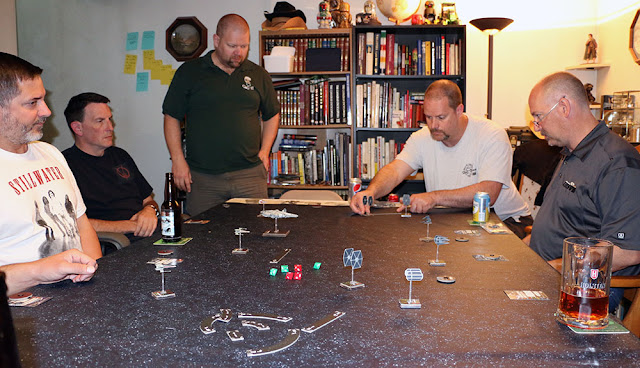 Day Three of Gaming & Guinness X started off with a new marquee game, X-Wing Miniatures. Apparently the game is designed for two people, but given the right scenario it would seem to support any number of players, given a large enough table and ample patience. 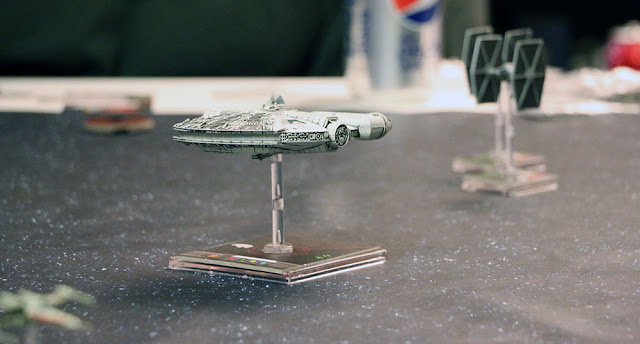 Since I suggested X-Wing this year, I felt obliged to come up with a scenario. I came up with "Revenge of the Empire," in which Darth Vader and his squadron of TIE fighters hunt down the Rebels responsible for blowing up the Death Star: Luke Skywalker, Wedge Antilles, Han Solo, and those Y-Wing guys that survived (I played the Y-Wing guys). 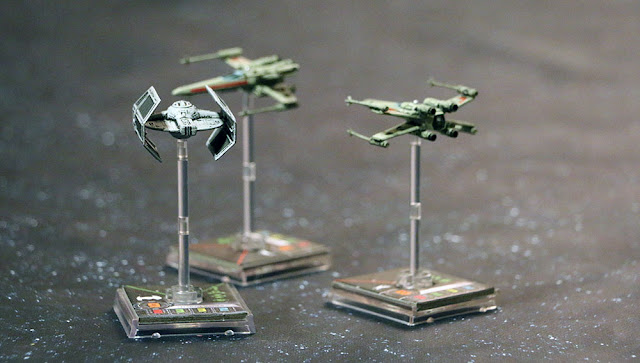 The game moves remarkably quickly, so nine players were not a burden to pacing at all. Here Darth Vader chases down Luke and Wedge. Colin was a little too eager to command Darth's TIE Advanced, but I wasn't going to argue. He had that murderous gleam in his eyes... 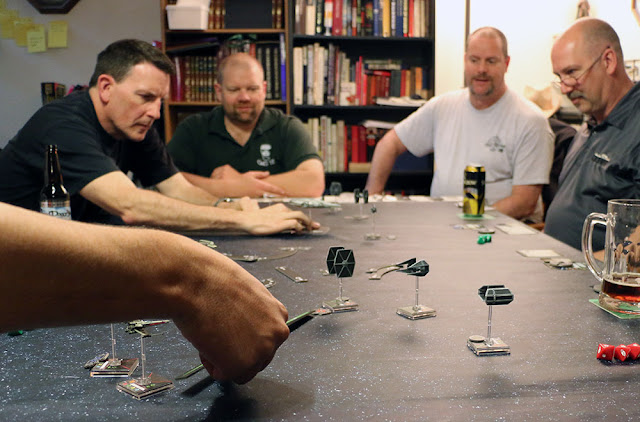 The sides were pretty equally balanced, point-wise; the Rebels had more powerful ships and generally better pilots, but the Imperials had numbers - and Darth Vader. 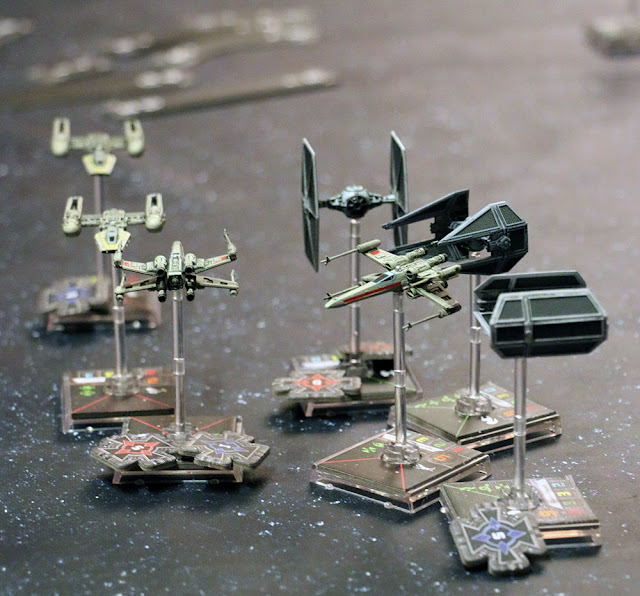 It got pretty crowded toward the end. 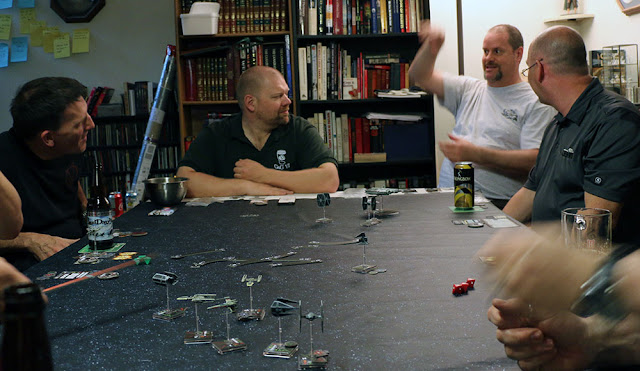 You can see Mike making the motions and sound effects to match the movements of his TIE fighters.

We had to bring X-Wing to an early close to drive out to Windermere for the Mad Max: Fury Road screening, but the game came to a respectable conclusion anyway: the Imperials succeeded in killing Luke Skywalker, but having taken a few casualties of their own, declared victory and fled to hyperspace.

You can read Steve's review of Mad Max: Fury Road here. I'll post my own review after finishing up my Gaming & Guinness posts.
Posted by Earl J. Woods at 6:05 pm